Linda McQuaig on how privatization is impoverishing the public in Canada

In her latest book, Linda McQuaig argues that Canada was built by massive public investment in railways, energy, medicare and public spaces — and that in the last 25 years, governments have been on a privatization crusade. Contrary to prevailing political and economic opinion, McQuaig believes Canada should be expanding — not shrinking — publicly-funded projects. Urgently. 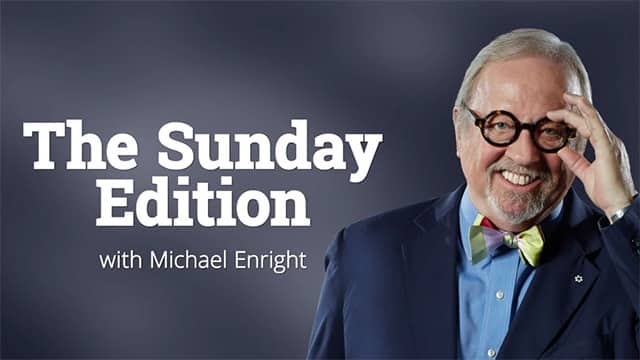 The Sunday Edition34:22Linda McQuaig on how privatization is impoverishing the public in Canada

Linda McQuaig's critiques of free-market economics have been infuriating the captains of capitalism in Canada ever since she began her career as a writer.

McQuaig has always made the case for an egalitarian distribution of power, income and wealth.

In her latest book, The Sport and Prey of Capitalists: How the Rich Are Stealing Canada's Public Wealth,  McQuaig argues that Canada was built by massive public investment in railways, energy, medicare and public spaces — and that in the last 25 years, governments have been on a privatization crusade.

"I'm trying to make Canadians aware of this wonderful history we have. The United States excels at private enterprise. We excel at public enterprise. But we don't know those stories," she told The Sunday Edition's Michael Enright.

Here are some highlights from McQuaig's interview. Her comments have been edited for clarity and condensed.

People don't like big corporations. They don't like the big five or six banks because of the banking fees, etc. So the idea of privatization and private enterprise is a pretty easy target for you, isn't it?

You're absolutely right. Polls show privatization is generally very unpopular. That's why they renamed it public-private partnerships, to make it sound more friendly. And the big banks are anything but popular.

The interesting thing, though, is the gap between the public's attitudes — which is very skeptical about big business, wanting to rein it in, wanting to tax at higher — and our governments. Even though they [the government] don't go around openly siding with business and they're sensitive to the public mood, in their policies they're actively privatizing in ways that are very costly to Canadians. I think it's pretty clear that they're doing it because they're getting that demand from the private sector.

Canada has one of the 10 largest economies in the world, certainly in the G7. Our biggest trading partner is the United States. Have we not reached this position because of an attentive and flourishing private sector?

Governments hope and pray that if they, for example, give tax cuts to corporations, those savings by corporations will be reinvested in machinery, inventory, etc. In fact, that money goes to the shareholders. There have been criticisms of that.

Yes, that's true. We had that famous statement from Mark Carney, the former governor of the Bank of Canada, who complained about all the dead money. He was making the point that we had all these tax cuts in recent years, and you would think this would mean massive investment. But it doesn't. When you think about it, why should it? We hand them a bunch of extra money. There's no reason for them to invest unless there's some advantage to them. But there isn't. There is no compulsion. There's no requirement. They get the tax cut just by existing.

According to statistics, reports, the World Bank, etc., people worldwide have never been better off. Deep poverty has been relieved in many places and in many circumstances. Doesn't that suggest that capitalism is working?

That is a very interesting argument. We're hearing it more and more. In fact, the real thing that has benefited people at the bottom is not capitalism. It's actually the forces that have resisted capitalism. When capitalism first began five centuries ago, the peasantry was thrown into absolute misery. Their life expectancy decreased initially. What changed that was the public health movement that figured out: "Oh! Sanitation would be a good idea. If we could clean up that sewage water, we could save lives." And they did. What followed later was the push for unionization, healthcare, education, etc. That was what really raised living standards around the world.

The largest privatization in Canada's history was the sale of Highway 407 in 1999 by the Michael Harris government. The government hoped to relieve some traffic gridlock by building a toll road called 407. Tell me about that.

It was built as a toll road. The promise by the Rae government was that once the costs of the construction were paid, the tolls would be lifted. And it would be free like every other highway in the province. Instead, the Mike Harris government comes along and decides to privatize it.

They get a terrible deal. They sell it for $3 billion. It's now worth at least $30 billion. They sign a 99-year lease with this foreign-dominated private consortium that provides no protection whatsoever for the Canadian public driving on those roads. There's not even any control on how high these tolls go. As a result, they've just gone higher and higher. In fact, it's believed to be the most expensive toll road in the world.

Imagine if we had kept it public instead. By now, we would have paid off the construction. We would be driving on it for free. Or if we wanted to keep the tolls in place, we could use them for public transit or something useful. Instead, in this contract we will go on paying ever-higher tolls to this foreign consortium till the year 2098. At that point I imagine everybody listening to this program today will either be dead or too old to celebrate.