Woman asks herself, 'Why am I becoming a grumpy old man?' | CBC Radio Loaded
The Sunday Magazine·PERSONAL ESSAY

Woman asks herself, 'Why am I becoming a grumpy old man?'

In her essay, Jennifer Overton of Brookside, Nova Scotia, reveals she is showing signs of Irritable Man Syndrome and seeks a remedy. 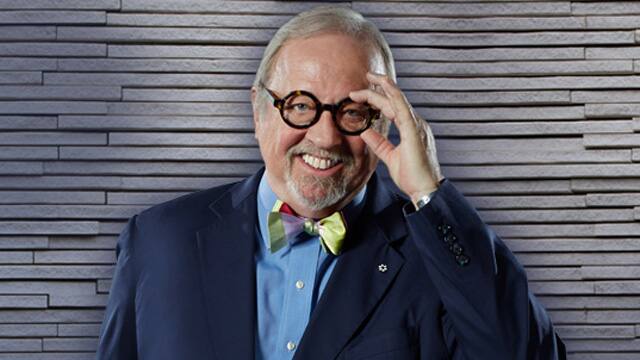 The Sunday Edition7:17Woman asks herself, 'Why am I becoming a grumpy old man?'

I have absolutely nothing in common with Mr. Wilson. I am not a retired postal worker, I never say 'Great Scott,' and I don't have a pesky neighbour named Dennis the Menace.

I am a fifty-eight year old female arts worker. So why am I becoming a grumpy old man? A prickly curmudgeon who can't tolerate anything that threatens what should be an orderly, serene life?

I'm not saying I was ever an even-tempered Pollyanna, but things used to roll off my back. I used to cut people some slack. But now I think the world's going to hell, and whose fault is that? Reality television, rule-ignoring cyclists, texting teens, world politics, man buns and leaf-blowers are all fair game. I mean, really, what ever happened to using a rake?

On any given day you can see me wagging my finger at litterbugs or hear me clearing my throat while pointing out the 'twelve items or less' sign at the checkout.

And don't get me started on music. I can't pump gas, buy groceries, sit in a doctor's office or use a public washroom without a booming soundtrack. One that I never would have chosen.

As if all that weren't bad enough, my FitBit easily meets its daily target due to all the retracing of steps I have to do. Remembering someone's name is like trying to hold a slippery fish. My voice doesn't distinguish between indoor and outdoor anymore, and I prefer to stay in and watch movies where characters go to a phone booth to make a call.

I'm told that menopause is the culprit. Plummeting hormone levels and all that. Okay, maybe the brain fog can be attributed to fluctuating estrogen and progesterone levels, and it may be the reason all the nouns have been sucked out of my gray matter, but does it account for the talking — all right, shouting — at the television?

So what is causing my Irritable Man Syndrome? I recently read a report that stated that, as a function of normal aging, the human frontal lobe shrinks. It seems the frontal lobe serves as kind of a control panel for our personality. As it shrinks, our executive functions, emotional expression and inhibition can be affected. Hmmm. Could that explain why my relationship with the world has changed?

I'm not as disappointed as I used to be when a friend has to cancel lunch. I'm happy to find an excuse to miss fitness class. I prefer to work from home. And any change in the weather is a valid reason not to venture out and mingle with the human race.

The truth of it is, I have developed an intense longing to withdraw. And I don't mean to my living room. I mean to the woods. The deep woods. Far from the madding, the maddening, crowd. I long to live in a quiet, slower, simpler place. A place where I can relax the cramp of anxiety about the state of the world, and maybe even regain some trust in its course.

But deep down I know retreat is not the answer.

What is the answer? How can I go back to feeling the way I felt about things when my frontal lobe was plumper? Maybe science will come up with a way to reverse the shrinkage. While they're at it they can do something about hot flashes?

In the meantime though, rather than disengaging, maybe I should force myself to engage. So, although I'm not happy about it, this morning I will lace up, get in the car and go to fitness class.

On the drive there, I complain that no one knows how to drive anymore and I mutter about how cars these days all sound like prescription drugs. Azera? Acne cream. Optima? Boosts good cholesterol. Impreza? Treats erectile dysfunction.

I arrive at the community centre and a big SUV is taking up two parking spots. I go through the front door of the centre at an eight on the Grump Scale.

Class begins. The thumping music rattles my teeth, but I try to focus instead on my breath. Oxygen coursing through my body. I imagine it pushing its way into the dark corners and deteriorating pathways of my brain, swelling my lobes and repairing my synapses.

And by the end of class I feel great. I came in as crabby old Mr. Wilson but I'm leaving with all rifts with the world mended.

On the drive home I plan to email my friend Kristie to make a coffee date. I turn onto my street singing along with the radio.

And then I see it. The trifecta of triggers. At the end of my driveway: a teenager. A baggy-panted, man-bun-sporting, texting teenager. And his dog is off leash, and its raised leg is aimed right at my prized rhododendron!

I feel my frontal lobe contract. The impulse is to drive up to him, roll down my window, tell him to get off his damned phone, pull up his pants, get a proper haircut, put his dog on a leash, and have some respect for other people's property.

Instead I do a three point turn and head back up the street. At the top of the street I have two choices: right will take me to the woods, left will take me back to the community centre. I think there's a yoga class starting right about now.

Wait, I think it's hot yoga. Hot yoga? Whoever made that up?  I can't imagine anything that would make me even grumpier than hot yoga.

I turn on my right blinker, and head to the woods.