Trigger mitts are designed to make it easier for people to hunt or work outdoors during the winter. The pattern started to disappear - but the two reigning queens of traditional Newfoundland knitting are trying to revive the art. Heather Barrett’s documentary is called "A Yarn About Mittens." 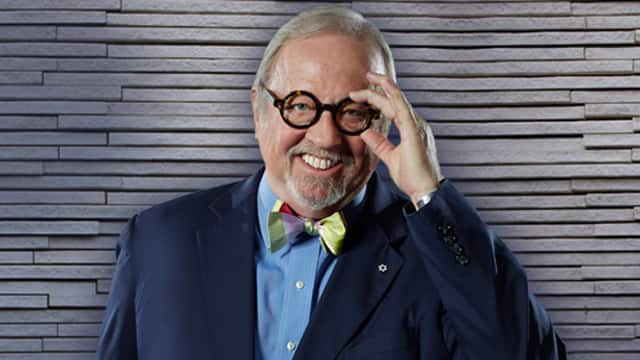 For generations, "trigger mitts" kept Newfoundlanders' hands warm as they hunted, fished, picked berries, or hung laundry in all sorts of weather.

Called trigger mitts because they were originally used by men who hunted seabirds, the mitts are part-glove, with a separate thumb and index finger, and part-mitten, with a hand to keep the other three fingers toasty. They were designed to free up hunters' fingers to use a rifle.

Over the years, the unique design has largely disappeared — but now two avid Newfoundland knitters are rescuing trigger mitts from oblivion.

We were afraid the mitten patterns will get lost forever, because ... not very many versions of it had ever been written down in print.- Christine LeGrow

Shirley Scott and Christine LeGrow's book Saltwater Mittens has become a surprise hit, with orders pouring in from all over North America and Europe. It includes instructions for making trigger mitts, as well as traditional Newfoundland designs for conventional mittens and gloves.

"I have three sons and they're all devoted to them," said Elizabeth Russell Scammell, a longtime fan of the mittens.

"My cousin who was a sailor and built boats — he always wore trigger mitts because it enabled his fingers to work," said Scammell. "And their warm wool, their homespun wool — they keep your hands so warm."

For years, trigger mitts could only be found at Nonia, a non-profit knitwear shop in St. John's, at seasonal craft fairs, or perhaps at a tourist souvenir shop. Cheap, acrylic handwear has been widely available for decades, and fewer people have the time or interest to learn how to knit them.

LeGrow and Scott wanted to rescue the tradition before it died out entirely.

"Way back, people didn't read and write in Newfoundland. They had to sit with their relatives and learn how to knit," said LeGrow.

"We were afraid the mitten patterns will get lost forever, because it had gone from the age of illiteracy to the virtual world, and not very many versions of it had ever been written down in print."

The two knitters built a collection of vintage Newfoundland mittens, buying pairs from thrift shops and church sales, and even rescuing them from puddles of melted snow.

They then analyzed every strand and stitch, charting the patterns on graph paper.

Saltwater Mittens contains 20 of their collected patterns, and photos of different styles of mittens in a riot of colours.

Teaching the next generation

"It's huge, the fingers are disproportionate, one finger is inside out," said Paul. "But it was really fun to do."

For now, trigger mitts have a cult following, and they remain a secret, wool-clad handshake — a way for Newfoundlanders to recognize each other outside their natural habitat.

Scott remembers a sighting on a Toronto subway car.

"The door opened and a man and his wife got in and the man was wearing a very nice pair of trigger mitts," said Scott.

"I spoke to him and I said, 'Tell me now, what part of Newfoundland are you from?' And he gasped. And he said, 'How do you know I'm from Newfoundland? I haven't even opened me mouth yet,'" said Scott, laughing.

Click "listen" above to hear Heather Barrett's documentary A Yarn About Mittens.