It's okay to cry on Instagram | CBC Radio Loaded
Spark

Why Instagrammers are sharing honest pictures, warts and all.

Instagram is often about showing yourself at your best. So why are people sharing their crying, pimply faces? 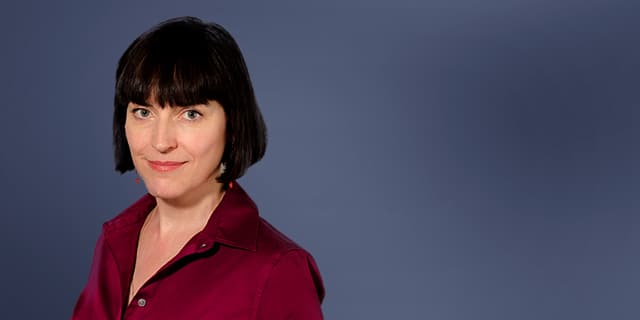 Far from the perfectly-lit, idealized photos we've come to associate with Instagram, people are showcasing pictures of their acne, disabilities, body fat, their faces stained with tears, and more. And many other users are responding with positive reinforcement.

Let's face it, we all cry! Sometimes life gets us down, and it's arguably harder for those who don't see themselves represented often in society.

"I think what we're seeing now is that a much broader range of what people are describing as authentic self-representations are occurring in a number of platforms now where we did not expect to see them," said Aimee Morrison, speaking to Spark host Nora Young.

Morrison is an associate professor of English and literature at the University of Waterloo and her work focuses on the popular reception of computer technologies.

"I think the selfie was actually always varied and nuanced. It was just platform-dependent in ways that originally constricted a little bit more people's sense of what they could or should do with the platform," Morrison told Young.

Here is part of their conversation about what this cultural shift to the "real selfie" means. It has been edited for clarity and length.

Why do you think we're seeing this kind of cultural move towards more vulnerability or even, in the aesthetic sense, aspects of themselves that rigid beauty norms would consider flaws?

I think what was exciting for many people about the early Instagram and selfie era was the amount of control it gave us over producing images of ourselves that reflected our ideal understanding of ourselves.

There's all kinds of filters that will smooth over your blemishes or, of course, Instagram filters that lighten and brighten in such a way that people look either younger, or more attractive, or their skin's more even. Or we learned how to work angles so that we look thinner.

I think the selfie was actually always varied and nuanced. It was just platform dependent in ways that originally constricted a little bit more people's sense of what they could or should do with the platform. - Aimee Morrison

And for a while it felt really empowering to be able to produce images of ourselves in our way. But after a while, that type of image sort of became compulsory where everybody has to look beautiful all the time.

I mean, there's even makeup tutorials that are geared towards "this type of makeup looks really good on Instagram." So it felt a little bit less like gaming the system so that we looked great and a little bit more like the system was gaming us into always presenting what was increasingly feeling like a really stage-managed or art-directed version of ourselves, that began to feel kind of inauthentic or coercive.

I think some of these less staged or less edited photos are a kind of response to that compulsory perfection that the platforms have inculcated in us.

Is there an aspect of this that's about building community? I mean for example, the fat acceptance movement?

Yeah absolutely. Like fat acceptance and fat liberation, that group of people is often not represented in commercial media at all, or represented in ways that fat activists call "the headless fatty," where it's just like a torso with no head and it's meant to be like, "Oh my god, isn't this awful!"

So having representations of their bodies and faces at all, in public media, was like a huge leap for other people to be able now to come online and say, "I have acne and that's, like, just how it's going to be." Or oh, you know, women have periods. Or there's a big movement online actually of people with colostomy bags taking pictures of their abdomens or how they're dressing around these ostomy bags.

And there's been activism around, can you show breastfeeding on Instagram or Facebook and that was kind of contested as something that happens to bodies and we should be able to show it because the banning of that type of thing was was rooted in shame.

So, I think we're seeing a lot more people asserting, "I have this thing I've been made to keep secret and if I share it with others, I'm going to find again that community where other people experience their embodiments in similar ways to me and we're all OK with it."

It's fascinating talking about the visual culture of all this, but I have to say there's part of me that feels like the ability for us to be vulnerable to our friends is so important to our emotional development and well-being and also to building deep friendships. But I'm not so sure about the value of doing it in front of dozens or hundreds or maybe even thousands of strangers.

Yeah, I mean, it's a question of what audience you're addressing yourself to and for what purpose. When we become vulnerable with our friends it's often in the context of a kind of one-on-one. It's often in the evening, we're relaxing, we're sharing confidences, kind of like a reciprocal exchange of private information to build intimacy.

But to do something online, like where you show your scars from a surgery, or where you show that you have a tattoo where you used to have a breast from a mastectomy scar. To show that to people is achieving, I think, a different purpose with a different audience. It is sort of saying that what normally we would confine to private spaces and deep intimacy as a means of, "I'm sharing something secret with you to show you that I trust you."

From an entirely practical point of view we've long been told not to post things on social that might come back to bite us later. You know, if I'm posting lots of pictures of myself, for example, crying or at low points in my life, is that something that a prospective employer for instance might look at and question, "Do I want to hire this person who's crying all the time?"

That's right, yeah. Can summon the waterworks on a dime! Sure.

I mean, employers discriminate against us for all kinds of reasons. It can be particularly fraught to be open online about your invisible disability or personal characteristics that may be read as unprofessional like a tendency to cry a lot. And I think that's exactly the kind of stigma and fear that the activists online are pushing back against. To sort of say none of us are as normal as our Instagram feeds would have us look.

Maybe you cry a lot. Maybe it just means that you're really attuned to what people are feeling. Maybe you're an empathetic person, which I imagine as a radio host that would be a good quality to have. You might be able to spin your videos of yourself crying all the time into a kind of net positive, and it's interesting work to think about.

How can we take those parts of ourselves that we've been taught to hide and name them and claim them, as the self books would — you got to name it to claim it, right? I'm a crier because I just care too much about people. Well, what would be different about the world if we all started to do that?

I am actually a crier, so thank you for validating my crying.

You have a lot of feelings, and that's OK.

Let's talk about you personally. I mean you're an academic. You're also very active on social media and you've shared personal information about your own life, for example about being on the autistic spectrum and how that affects your life and the various challenges. How do you personally navigate that and decide what to share and what not to share?

Well it has a before and after for me, because I was diagnosed as autistic as an adult after my daughter was diagnosed as well. And so there's a before period where I was just a very kind of over-talkative, hyper-rational, obsessively interested in research, weird person.

And then after the diagnosis of that, well holy smokes. I'm just different. I'm different in ways that follow patterns, that other people are also different, and of course the first thing I did was I went to the internet and I found a whole bunch of autistic people online talking about their modes of differences — the challenges that they experience in daily life, the quirks and habits that they had in life.

And I found in that space of all these people being really open about stuff. The theorist Melanie Yergeau calls autistic resonance. I saw myself in those people, and even as I'm talking to you about it now, I've just got shivers over my whole body; it was the most amazing experience, and I thought, "Wow, I have got to give this back to others." So I really wanted people to know about this journey that I was on, and it really challenges a lot of people's understanding of what they think autistic people are.

So I've used those those things to sort of find myself in a way that felt really healthy and amazing, but also to kind of pay it forward to other people. And you just would not believe the people that write to me on the back channel, like, "I'm so amazed that you said that I never knew," people who aren't ready, maybe, to be public but are ready to email me.