The new, new normal: is the pandemic heralding a 'golden age' of cycling?

"It's a 19th-century solution to a 21st-century problem," says Michael Longfield, the head of Cycle Toronto 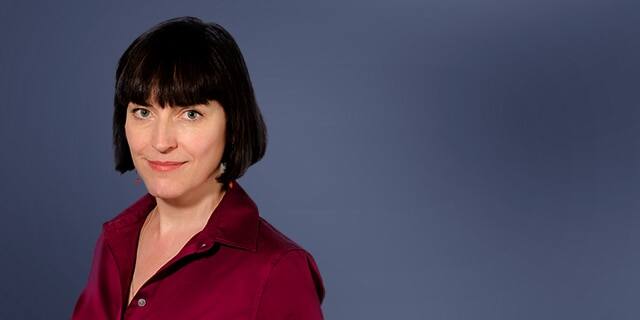 Innovation in its purest form, comes from unfettered imagination. The simple decision to try. To be flexible. To think outside the box. But there will always be someone who says that the box is "just how it's always been."

Or someone who says "actually, the box is working just fine for me as it is"

Or someone who says "Good idea but...that'll take too long…"

Or someone who just says, "No."

And so most of the time, we stick with the status quo. Change, after all, is tough. But then came COVID-19.

Suddenly it turned out all sorts of processes, systems, and operations could be changed.

So instead of going "back to normal", people are advocating for a NEW "new normal".

One of the most obvious ways things have changed in the wake of the pandemic is how we use our streets.

If you live in a city, one of the first things you might have noticed when the lockdown began is that the streets became a lot quieter. With so many people working from home, or not working at all, car commuting almost disappeared.

All around the world, the sounds of urban commuting went quiet, and the air got cleaner.

And a curious thing happened, at least in most Canadian cities: people suddenly realized how wonderful it could be to use a bicycle to get around.

For example, the City of Toronto has been closing several major thoroughfares to vehicles and leaving them open exclusively for cyclists and pedestrians. On the first weekend this happened, more than 30,000 people showed up to ride their bikes along a normally traffic-jammed section of multi-lane roadway.

The pandemic has pushed cities across Canada to build new cycling routes as people re-discover the value of cycling.

"I think one of the things that's really strong about the city's response in this early phase is that it's encouraging both cycling as transportation and cycling as recreation," said Michael Longfield, the interim Executive Director of Cycle Toronto, a non-profit organization that advocates for cycling safety and infrastructure.

Although the plan to expand cycling infrastructure has been in place for several years, it's taken the pandemic to actually move—quickly—to put them in place, he told Spark host Nora Young.

Longfield noted that even in a sprawling city like Toronto, many commuting trips are around five- to seven-kilometres long, an ideal distance for cyclists, which helps the push for bike infrastructure.

Some critics have pointed out that, for several months a year, Toronto gets winter weather, which could make cycling difficult, and mean the space reserved for cyclists gets wasted.

But Longfield points out that Montreal, which generally gets more severe winter weather than Toronto, has many more kilometres of protected bike lanes.

"If they get cleared of snow and ice like our roads, those bike lanes become very usable year round and for a lot of people. Those five-to-seven-kilometre trips, that's maybe 15-20, maybe 30 minutes for some people—that can be the same amount of time as waiting outside for a bus," he said.

Longfield acknowledged that in the suburban areas of many cities, cycling all the way into the downtown area may not be feasible. But there's still a need for "first-mile, last-mile" cycling routes, where people can cycle from their homes to catch public transit, and from a downtown  subway or bus station to their workplaces, he said. This is where bike-sharing programs can be especially helpful.

Of course, the million-dollar question is whether the new cycling infrastructure being built in cities will stay once life returns to "normal."

"I don't think we can take this moment for granted," Longfield said. "From my perspective this isn't an opportunity for cycling advocates. It's really a responsibility of the city to respond. And I think the pandemic is really just sort of exposing a lot of our weaknesses or gaps that we've maybe had as a culture and as a city."