YouTube has all but a monopoly on online video. What would happen if it were to disappear entirely?

Should the "video encyclopedia of the world" be in the hands of one company? 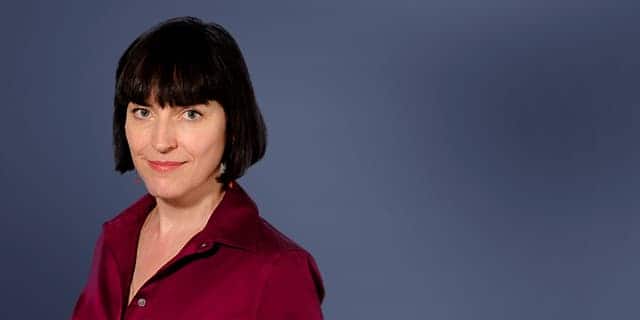 When we think about the ephemerality of the web, YouTube probably wouldn't come to mind. Since its launch in 2005, the site has become web users' go-to resource for an array of video content from around the world, but that unrivaled position may be part of the problem.

"Everything that you can think of [that] can be in video form can be found on YouTube. And I always say that YouTube is the video encyclopedia of the world," says Louisa Ha, a professor in the school of media and communications at Bowling Green State University, in Ohio.

Ha is also the editor and one of the authors of the book The Audience and Business of YouTube and Online Videos. She attributes the streaming site's success to the support and backing it receives from Google's search engine, as well as its versatility as a platform for both short- and longform video.

She spoke to Spark's host Nora Young about the enduring global cultural importance of the video streaming site and what that means for the permanence of information online.

I've heard that YouTube itself is the second biggest search engine there is after Google.

YouTube also had the advantage of working with Google as a company, and a big company with financial support and everything. And it also expanded very rapidly internationally, just like Google. So because of the large international base, it really attracts audiences from all over the world. And also it has other language capabilities, right now it has captions. You can also have a transcript now and translate some of those videos. So it can be very, very international.

Some of the other video sites are probably limited to their own language, but YouTube is mainly global. There are more international videos than videos produced in the U.S.. So basically, it's a global site.

So as a mass communications expert, what do you think are the implications of the dominance that YouTube has in the space?

Well, as I wrote in my book, if YouTube disappears from the world, if it goes bankrupt, all the videos [will be] gone. This is what happens because so many things have been put on YouTube, many institutions put their videos on there because it has a good interface. That's why even my university put all their videos on YouTube. So if it disappeared, then all that documentation will be lost because sometimes they don't keep as good an archive as YouTube has. So that's why I would think that it's really important for international organizations like the United Nations or other organizations to have international cultural power to really supervise these kinds of giant global sites.

Not only does YouTube have commercial influence, but also it contains a lot of cultural artifacts and documentation that can disappear in one day if they have no good way of summarizing it and archiving it, and if the company went bankrupt. So who would take care of it? Right now, there's no responsibility apart from the company. So we rely too much on the company.

Overall, what do you think the role of YouTube is in the culture and in preserving our cultural history?

I think right now it is very important, especially [with] the generation from nowadays because they don't use print. They rely on everything online and especially a lot of people are very video-based. They learn from video or they entertain by videos, they do a lot in the medium now. Video is the main medium for many people. So video is such an important cultural artifact of our life.

So I would say 50 years from now, if anyone wants to research a history of people in the 21st century, they definitely would need to find some sort of video site like YouTube or some other thing that they could find, like TikTok, and try to retrieve the thing. That's the documentation, we don't have the engraving on stone anymore. We are using this kind of electronic device and these files. That's why it's very important that those files can be retrieved and can be archived, so that in the future whatever happens, someone will still be able to find it.

I worry a lot about this and I don't know whether the library people or any other specialty people are doing things like that. But I think it's very important that we do not wait too long because once in a while things can happen. We don't know. Maybe there'll be some disaster or something that happens that these things would disappear from the face of the earth.

Do you think that YouTube should be subject to some kind of government regulation, like the FCC in the U.S.?

In my book, I have recommended that there should be an international organization, such as the United Nations or International Telecommunication Union (ITU), that would be able to have some sort of international authority because this medium is not limited to the U.S.. It's just that the company is based in the U.S.. But the materials mostly are not US material anymore. So it's not a US matter, it's a global matter.

So I would say that it's very important that international organizations step up and maybe call for control or call for management of the materials. For example, when banks go bankrupt, the government tries to rescue them. It's so important. I think YouTube would have a similar status that if they really go bankrupt or disappear, the [global community] has to come to help.

There's so many things on YouTube that cover all countries in the world—even China. Even though YouTube is banned in China, [they] post a lot of videos on YouTube as well. So it is affecting everyone in the world. Some countries have got more than others. So that's why it's a global matter, not an individual country's matter.

This Q&A has been condensed and edited for length and clarity. To hear the full conversation with Louisa Ha, click the 'listen' link at the top of the page.