Video: Minecraft is the new testing ground for AI 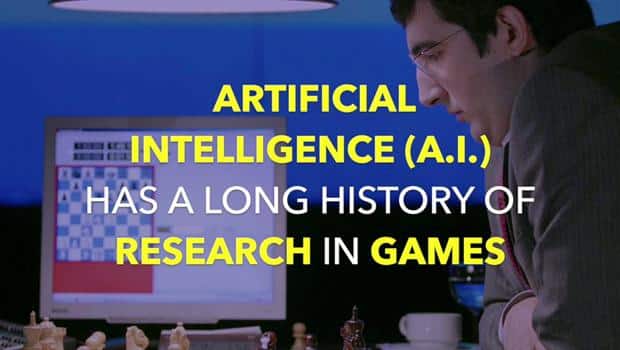 How Minecraft is providing amazing opportunities for artificial intelligence research

5 years ago
1:46
Katja Hofmann and her colleagues found a novel way to test and train A.I.s to learn how to interpret and react to the world around them. They call it Project AIX. 1:46

An artificially intelligent program developed by Google called AlphaGo has now beaten the reigning human player of the board game Go. AlphaGo joins Deep Blue and Watson, which have both overcome their human competition to become the champions of the games they were designed to play.

Computers are getting incredibly good at mastering these specialized skills, but what about the simple, everyday things we take for granted? Like being able to understand our surroundings, respond to what's happening, and even just put one foot in front of the other.

This past week, Microsoft Research, including researcher Katja Hofmann, announced a possible way to help AIs to learn some of these basic skills. "About a year ago," Katja said, "we realized, to really push AI research forward we needed a new experimentation platform, where it was really easy to run experiments that go beyond the current state of the art."

That new platform, called AIX, or the AI experimentation project, allows AIs to connect to a game that is new for them, but familiar to a lot of children and their parents.

"Looking around" Katja said, "we found that the game Minecraft actually provides amazing opportunities for such a platform." Minecraft's sandbox-style gameplay allows AI agents, as Katja calls them, to explore and learn from their surroundings. "It's this really open-ended world where players explore and do a lot of different things, and this is exactly the same kind of scenario where we want to do more research in AI."

For the time being, this experimentation area of Minecraft will remain separate from the rest of the game, so players aren't likely to run into AIs wandering around anytime soon. But the ability for these AI agents to interact with other players would be a great learning opportunity.

"In the long run we will be able to run experiments where people, for example, teach the AI agents how to do things and we're very excited about those opportunities. However, when we have people interact with these agents, they should be aware that this is going on and that it's part of an experiment.  We wouldn't just deploy those and run experiments out in the Minecraft world!"