Understanding encryption, and how we can balance public safety and privacy. 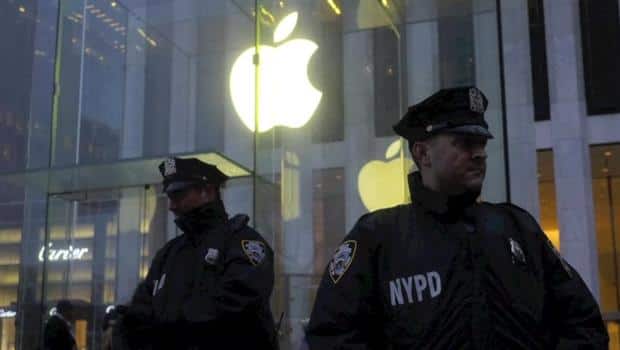 5 years agoVideo
2:23
Spark presents a basic primer on what we mean when we say "encryption". 2:23

Apple's resistance to FBI demands to decrypt an iPhone has brought encryption into the headlines yet again.

Mark Surman, Executive Director of the Mozilla Foundation, talks about Mozilla's campaign to educate people on the importance of encryption and why he believes it's so fundamental.

Spark9:19Mark Surman argues for encryption
Mark Surman from Mozilla tells us why we need strong encryption 9:19

Mark explains that, as our lives become increasingly digitized, it's important to match our awareness levels of issues like privacy and encryption to the amount of time we spend online. He compares the significance of encryption to net neutrality, another hot topic concerning our online lives, which has been covered extensively in both the media and tech blogs. (We also covered net neutrality on Spark in June 2015 - have a listen!)

But the crux of the issue is the balance between online privacy and public safety. Can tech companies keep our information secure while also cooperating with governments and law enforcement agencies with investigations of public threats?

Steven Penney helped us make sense of the legal side of encryption. He's a Professor of Law at the University of Alberta, and his research focuses on privacy, criminal law as well as law and technology.

Steven explained that encryption in 2016 presents brand new challenges to law enforcement. Criminal investigators can no longer access secret information by using brute force --like breaking open a safe or a storage box-- or rely on judicial authorization such as a search warrant. Neither of those can help unlock a password-protected iPhone.

To complicate things further, Steven says that tech companies are more cautious to cooperate with government and law enforcement agencies in light of the Edward Snowden/NSA revelations. As he explains, for tech giants like Apple, high levels of information security are now part of the brand image and to compromise that privacy would mean sacrificing their users' trust.