Tegan Smallwood, 15, isn’t sure which nation she's from because her mom was adopted during the Sixties Scoop. A few years ago, her family went through a rough patch. Now, she wants to unpack it. How can she approach this difficult conversation?

4 years ago
Duration 1:32
Tegan Smallwood, 15, isn’t sure which nation she's from because her mom was adopted during the Sixties Scoop. A few years ago, her family went through a rough patch. Now, she wants to unpack it. How can she approach this difficult conversation? 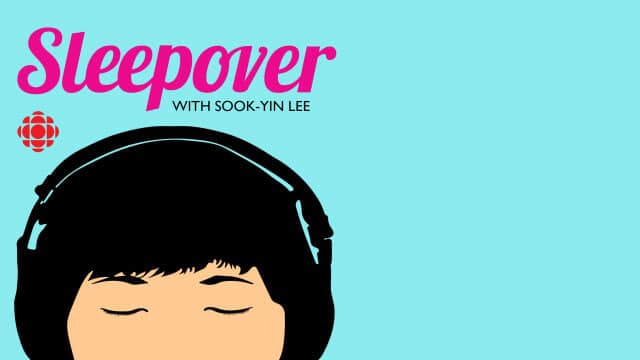 Tegan Smallwood's an energetic 15-year-old who's in an arts school so of course she was excited at the prospect of joining Sook-Yin Lee on a sleepover at Native Child and Family Services.

"I go to art school for drama and I haven't done anything dramatic and, like, this is kind of dramatic," she explained.

Before the seventh grade, she'd never met an Indigenous person outside her family. During the Sixties Scoop, her mom Terri (who we met in episode one) was taken from her biological parents and adopted at birth by a Christian family. That led to both mother and daughter growing up estranged from their heritage.

A couple of years ago, Tegan decided that she wanted to learn more about her cultural roots (she's not sure if she's Cree or Blackfoot).

"I couldn't tell you the first thing about Native culture. Like I didn't earn the title. But now I feel I can say 'look I'm a Native person and I can prove it,' if that makes sense," she said.

That's how her whole family got involved with Native Child; so involved that her mom is now the organization's events and communications coordinator.

Tegan comes from a close-knit family but a few years ago, they went through a rocky patch.

Her parents divorced and her older brother went through a rebellious phase. As a kid in the middle of it all, it was confusing for Tegan.

"There's been stuff that's been swept under the rug that I want to talk about," she said.

Now, everyone is fine, they survived the upheaval, but Tegan wants to understand what happened. Only, it seems like no one in her family wants to talk about it.

"I don't want to bother anyone but at the same time it's bothering me," she admitted.

Tegan wants to learn how to approach a tough conversation with her family and isn't sure how.

Listen to the episode to hear what insight Jordan and Caterina give her.