Debra has been looking for her son Donald Izzett Jr. for 25 years. Host David Ridgen joins her search for justice.

Debra Skelley has been searching for her son Donald Izzett Jr. for 25 years. The last time she spoke with him was Mother's Day. He had called from a road trip, but sounded upset, saying he needed money. Then the phone went dead. Donnie's friend told police that he dropped him off in New Orleans. But Debra thinks he was murdered. And decides to investigate the case herself. 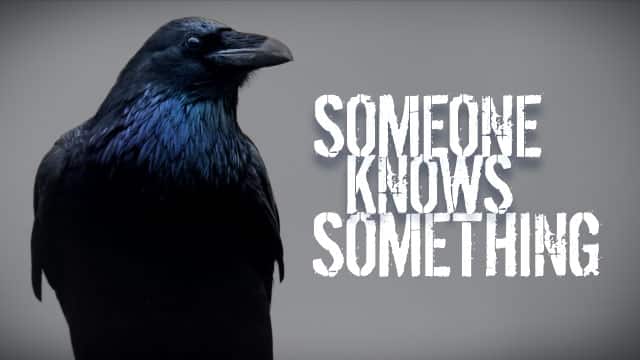 Someone Knows Something2:27S6 Donald Izzett Jr. - Preview
In SKS Season 6, David Ridgen investigates the case of 19-year-old Donald Izzett Jr., who disappeared during a road trip across the U.S.

Someone Knows Something48:38S6 Episode 1: Mother’s Day
On Mother’s Day 1995, Debra receives a distressing phone call from her son, Donnie. Crying and upset, he asks her to wire him some money. After what sounds like a scuffle and a scream, the phone goes dead. Debra never hears from Donnie again. Someone Knows Something50:01S6 Episode 2: Pitfire
Debra notices a man repeatedly named in Donnie’s case file as a potential witness. Yet police never spoke to him. Could he be the key to finding out what happened to Donnie?

Someone Knows Something55:42S6 Episode 3: Frenemy
Detectives interrogate an apparent witness about his involvement in Donnie’s disappearance and question his credibility. Is he telling the truth or is there more to the story than he’s letting on? Meanwhile, David tracks down the witness’s family and friends to get to the bottom of his story. Someone Knows Something1:06:27S6 Episode 4: Fragments
Debra proposes a new dig on a Mississippi property in her search for answers. Could it be the spark the case needs?

Someone Knows Something59:00S6 Episode 5: The Test
David looks deeper into Donnie’s case file to try piecing together his final days and hours, while Debra takes a new approach to try shaking something loose. New revelations ensue.