Eleanor Collins' trajectory as a singer and entertainer defied the odds. Before the Nat King Cole TV show aired in the U.S., Collins became Canada's first woman, and North America's first person of colour, to have their own nationally broadcast television show.

This living legend has repeatedly chosen to stay local 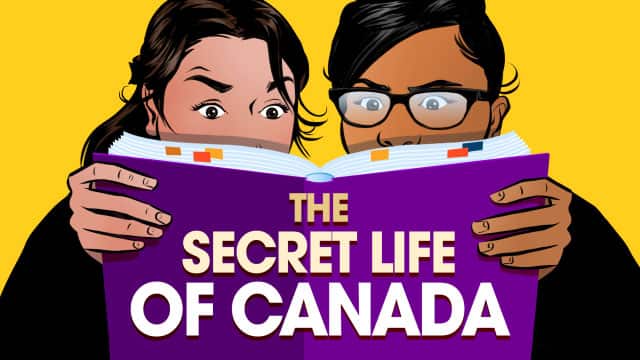 The Secret Life of Canada3:58S2: Shout Out to Eleanor Collins

Not every person worth celebrating has made it into the history books. Each month, the Secret Life of Canada shouts out a Canadian or Indigenous person that has had a lasting impact. These historical figures may not be on money or monuments but their legacies live on.

Eleanor Collins' trajectory as a singer and entertainer defied the odds.

She blazed a trail in the jazz scene beginning in the 1950s and chose to stay in Canada despite many opportunities to work and perform in the U.S. This member of the Order of Canada has become known as Canada's first lady of jazz.

Here are five things we learned about her life and career.

1) Her family were part of a black migration to Alberta

Collins was born on November 21, 1919 in Edmonton, Alta. Her parents had joined hundreds of black homesteaders who migrated from Oklahoma and settled on the prairies. During this time the Canadian government promoted the concept of untouched land despite the fact that the area was inhabited by several Indigenous nations.

Between 1870 to 1930, roughly 625,000 land patents were issued to homesteaders, which meant hundreds of thousands of settlers poured into the west.

By 15, Collins won a singing contest which lead her to sing on radio station CFRN. By the the late 1930s she moved to Vancouver, where she sang on the radio with the gospel group Swing Low Quartet.

2) She and her family faced blatant discrimination in B.C.

In 1942, she married Richard Collins and began a family. They moved to Burnaby, B.C. where they were the first black family in the neighbourhood. Almost immediately, the white community started a petition to prevent them from living there, but Collins and her the family moved in despite the racism they faced.

Collins began to volunteer at her children's school and taught music there too, all in an effort to put a human face to the stereotypes her family faced from their community.

By the 1950s Collins was recording songs with the Ray Norris Quintet and performing in several stage productions. In 1952, she also sang in a concert at Vancouver's Stanley Park. By this time she was becoming known as Vancouver's "first lady of jazz."

Collins made her television debut in 1954 on CBC Vancouver's Bamboula: A Day in the West Indies. The variety show  broke ground as the first Canadian television show with a mixed-race cast and the first live music TV show broadcast from Vancouver.

As Collins' work was becoming more and more well known, she got the greenlight to host her own variety series, The Eleanor Show. The program meant that Collins would be the first female Canadian singer to have her own television show and the first black host on TV in North America.

Collins received many offers to perform and move to the U.S., but always chose to stay in Canada.

5) She is a living legend

Now a centenarian, Collins still performs on occasion. In 2014, at the age of 95, she was invested into The Order of Canada for her work as "a supremely talented vocalist who changed the face of race relations in mid-20th Century Vancouver — and consequently became a civic leader and pioneer in the development of British Columbia's music industry."