The universe was full of cold goop, then came the Big Bang

New simulations worked through the period of cosmic 'reheating' that made the universe we know today. 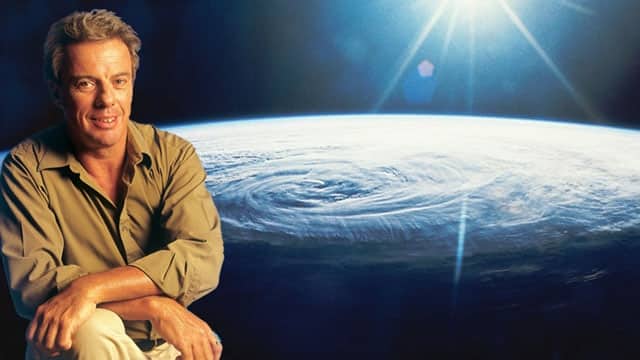 Quirks and Quarks8:10The universe was full of cold goop, then came the big bang

The actual origin of the universe is still opaque to researchers, but new simulations of the next moments after the origin are making our picture of the early universe a little clearer.

David Kaiser, a professor of physics and the history of science at the Massachusetts Institute of Technology, was part of a team that modelled a critical period in the early universe called "reheating."

Reheating describes an important transition from a very strange early universe full of exotic matter into a universe that is still very young, but at least is full of things we might recognize.

Starting with exotic matter and 'inflation'

In the first moment after the origin of the universe, physicists think that it was full of an exotic form of matter Kaiser described as a smooth "goop." This goop was a strange quantum material called a Bose-Einstein condensate. This is a state of matter predicted by Einstein, and was created in the lab by physicists in experiments with super-cooled atoms in 1995.

The condensate would have been made up not of ordinary atoms, but of exotic heavy particles. These particles would have been very similar to the Higgs boson, which was discovered in 2012 at the Large Hadron Collider in Switzerland.

This matter would have triggered the initial expansion of the universe, said Kaiser in an interview with Quirks & Quarks host Bob McDonald

"When the universe was filled with matter of that kind, then Einstein's equations of general relativity suggest that the universe should behave very in a very striking manner," Kaiser said. "The universe should start expanding, and in fact that should expand at an ever quickening rate, and that's what we call this phase of cosmic inflation."

The tiny, young universe expanded at an incredible rate in a very short time, but as the inflation period ended, the cool goop would have experienced a radical transformation, said Kaiser.

From cold goop to hot gas

The end result of that transformation would have been what we commonly think of as the Big Bang — an expanding universe filled with radiation, and a hot gas of particles like electrons and quarks that would go on to form elements like hydrogen, helium and lithium. These are the building blocks that would soon start to form the first generations of stars and galaxies.

This transformation, or "reheating" of the universe, which hasn't been well understood by physicists, is what Kaiser and his colleagues studied in their most recent work. They built a sophisticated simulation that included our best understanding of the physical properties of the inflationary universe and the Big Bang, and watched to see if one era would evolve into the other.

"Basically, what we were doing was [asking]: How would the universe come out of this inflationary phase?" said Kaiser.

"Inflation really is a period when when a lot of the energy of the universe was stored up in the form of what we basically could call potential energy, and then what happens during reheating is that energy is converted very rapidly very violently and very efficiently into a lot of kinetic energy held by lots and lots of individual particles which then can scatter and thermalize," Kaiser said. "And it's very fortunate for us that that transition did happen or we wouldn't be here [and] the universe would be a really boring place."

Gratifyingly, their simulation did end up unfolding the way we think the universe did, which adds to their confidence that the theoretical, experimental and observational picture physicists have built of the early universe is an accurate one.