Wiring jellyfish for speed: What modding a sea creature can tell us about the ocean | CBC Radio Loaded
Quirks & Quarks

Wiring jellyfish for speed: What modding a sea creature can tell us about the ocean 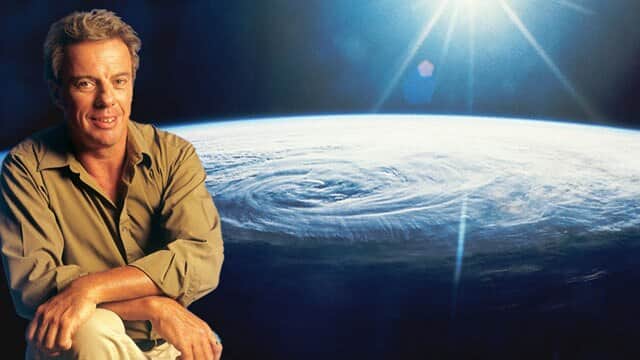 Quirks and Quarks7:39Wiring jellyfish for speed — what modding a sea creature can tell us about the ocean

Scientists are equipping jellyfish with microelectronics to make them swim faster and more efficiently.

For Stanford University bioengineer Nicole Xu, this project came with some unexpected challenges.

"Just imagine what it's like sticking electronics into a piece of Jell-O," she told Quirks & Quarks host Bob McDonald. "Anything you put in there is going to immediately fall out, and now add the added complication of this Jell-O moving all over the place."

For Xu, her goal was to create the most energy efficient ocean-exploring robot possible. Just as many roboticists have done before, she turned to nature for inspiration.

"Jellyfish are very energy efficient creatures," she said. "So if you're looking to create a robot that is very low power, you want to send these out into the ocean to monitor things and keep track of climate change, then jellyfish are the perfect model organism."

Jellyfish swim by using a pulsing motion to propel themselves forward. Xu and co-author John Dabiri, a mechanical engineering professor at Caltech, built microelectronics that would use electrical pulses to regulate and speed up that pulsing motion, similar to a the way a pacemaker regulates heartbeats.

But pulse the electrodes any faster, and the jellyfish slow right down.

"If you drive them too fast, then it's actually less efficient because the shape of the body changes as the animals swim too fast. And so there's a sweet spot of what frequency can drive them to get the fastest speeds," said Xu.

Since the goal was efficiency, not speed, they also measured the invertebrates' metabolic rate, and found that they were only using twice as much energy to go three times as fast, meaning they could keep swimming at this pace indefinitely.

The jellyfish didn't seem to mind their newfound abilities.

"They don't have any brains. They don't have known pain receptors, so we're not causing any damage to the animal that's long lasting," said Xu. "When jellyfish are stressed out they start secreting a lot of mucus. And, I just, I mean it's goo. So as long as we don't see a lot of goo we think that the animals are doing fine.

The next step is to figure out how to steer and direct the jellyfish, with the ultimate goal being to eventually outfit the invertebrates with a variety of sensors and use them to passively explore the ocean.

"Jellyfish are pretty ubiquitous," said Xu. "It would be really great to send these animals out into more environmentally sensitive areas of the ocean, so places that traditional submarines and other underwater vehicles can't reach."