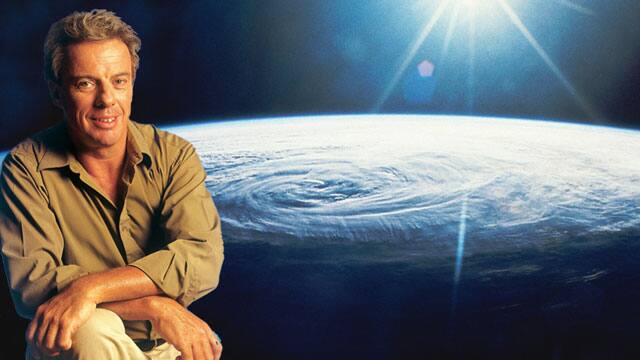 Quirks and Quarks15:09A catastrophe frozen in time - a new fossil site shows how the dinosaurs died

In an astounding paleontological discovery, scientists have found direct evidence of animals dying in the hours following the impact that took out 75 per cent of the world's species 66 million years ago in a rock outcrop in North Dakota.

"We're so excited because the deposit that we have actually records a snapshot in time from within the first two hours after impact in very, very precise detail," said Robert DePalma, an adjunct professor of geosciences at Florida Atlantic University and a PhD student at the University of Kansas.

Sixty-six million years ago, the site in what is now North Dakota was a lush terrestrial river valley, about 3,000 kilometres from where a 10-km wide asteroid or comet would strike the Yucatan penininsula.

Very shortly after the impact occurred, ejecta from the impact site rained down across the continent.

"We have particles of debris from the impact that are encapsulated by the deposit and were essentially dropped there while the deposit was forming," said DePalma.

Then a surge of roiling muddy water containing animals, plants and trees, came roaring up this river valley. DePalma said they originally thought was a tsunami wave, but the timing of the arrival of that wave didn't make sense with what they saw in the rocks.  A tsunami would have taken much longer to get to North Dakota.

"We actually did calculations and we discovered that the seismic waves from the impact would have affected our study area at just about the right time after impact that we would have gotten that ejected as well," said DePalma.

Instead the wave of water and debris was caused by the massive seismic shocks from the impact.

"So the seismic waves appeared to have caused this massive surge [in water] in a similar way that the surge in Norway was caused by the 2011 Tōhoku Japan earthquake almost 8000 kilometers away."

To cap off the layers from that day is a layer of Iridium-bearing rock — leftover from the vaporized asteroid or comet — that fell back down to Earth.

A really bad day for all living creatures

The rapid sequence of events was fortunate for the scientists because it meant what was left behind was a jumble of species packed that were buried "almost like a sardine can."

"We have some of the most exceptional preservation of anywhere in the Hell Creek formation," said DePalma.

"We have fish with relatively three dimensional bodies. We have trees with branches that still have leaves on them. And we have very, very delicate things that normally don't ever get preserved, such as flowers and soft bodied organisms, that are all preserved there. And they're able to give us data about essentially a cross-section of what was alive at that time."

DePalma describes these animals that were likely alive at the time of the impact:

This discovery adds more weight to the case that the the mass extinction 66 million years ago was due to the fallout from the impact event.

DePalma says the findings released so far are just the beginnings of the wealth of material he and his team have found and are studying. He says there will be more news to come in in future scientific papers.

Some of those discoveries to come were outlined in a recent article in the New Yorker.

"As a scientist, it does trouble me that some items of our discovery were revealed before the papers were able to be written on those. So anything mentioned that is valid will have a paper written about it," said DePalma.

In another paleontological site in what is now Mississippi, last year scientists described a similar snapshot taken from what was a shallow marine site at the time — 1500 km from the impact site.

The first difference in this site than the North Dakota site is in Mississippi, all the animal fossils found in the rock outcrop there were marine animals, things like clams, snails, and the now extinct ammonites.

"In this site in Mississippi, we find hundreds and hundreds of fossils of these ammonites in the Cretaceous rocks" said James Witts, a postdoctoral research fellow at the University of New Mexico. "So they were clearly doing pretty well before this mass extinction event."

The other major difference is at this site, a tsunami wave buried the marine animals, rather than a disturbance to the water from the incoming seismic waves.\