In Michael Schur’s new book, How to Be Perfect, the TV writer and producer distills everything he’s learned about moral philosophy into words anyone can understand. He joined Q’s Tom Power to explain how the book makes ethical quandaries funny and accessible for all.

The TV writer and producer joined Q’s Tom Power to discuss his book, How to Be Perfect

Click the play button below to listen to Tom Power's full conversation with Michael Schur on the The Q Interview podcast. 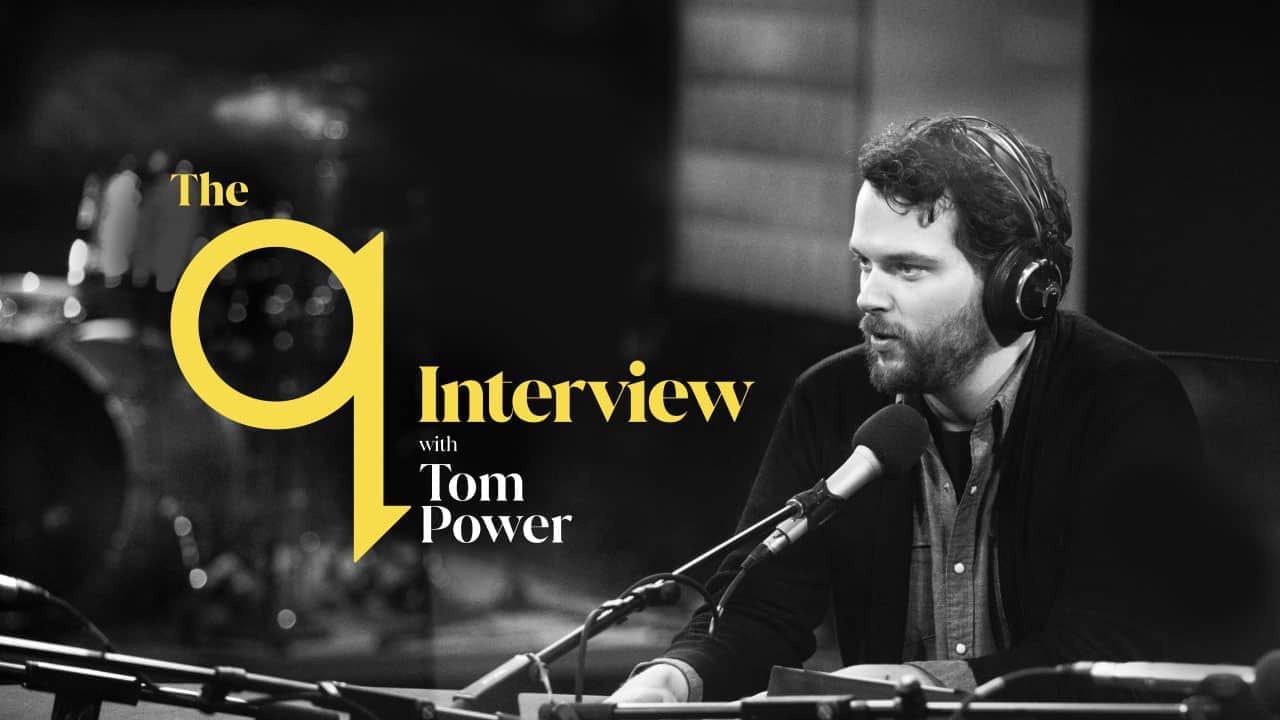 48:04Episode 28: Michael Schur
What does it mean to be a good person? Michael Schur attempts to answer that question in his hilarious and thought-provoking new book, How to Be Perfect. The TV writer and producer has worked on hugely successful shows like The Office, Parks and Recreation and Brooklyn Nine-Nine, but it was his research for his show The Good Place that kick-started his journey into philosophy — so much so that even though the series is over, he’s back to impart some wisdom in a clever, witty and accessible way. Schur joined Tom Power to tell us how he’s managed to turn huge philosophical ideas into bite-sized and engaging life lessons.

What does it mean to be a good person? Michael Schur attempts to answer that question in his witty and insightful book How to Be Perfect.

The TV writer and producer behind beloved sitcoms like Parks and Recreation and Brooklyn Nine-Nine waded into the world of moral philosophy while researching his show, The Good Place.

After the series wrapped, he decided to share what he'd learned by writing a clever and accessible guide to living an ethical life. Schur joined Q's Tom Power to tell us how he's managed to turn lofty philosophical ideas into bite-sized and engaging life lessons.

For Schur, switching from writing comedy to writing about moral philosophy wasn't a big leap.

"Comedy writing relies almost entirely on clarity," he told Power. "You have to know exactly who people are — what they want, what they're after, how they function, what sorts of people they are, what their foibles are — in order to then laugh at what they're doing.

"And so there is a way in which my brain has been preparing for this for my whole life because these [philosophical] concepts are diffused and confusing, and they're usually written in ways in the primary texts that are difficult to untangle. But when I'm re-presenting it, my comedy writer brain is saying, like, 'Well, what's the simplest way to explain X, Y or Z?' A comedy writer is a good vessel for taking complicated philosophical ideas and trying to communicate them to people."

On the struggle to separate art from the artist

The most difficult issue to tackle while writing the book, Schur recalled, was the ethical dilemma of appreciating art made by problematic people.

"I knew when I took on the project that I couldn't avoid this question," he said. "It's probably the most constantly mulled-over question that we're all facing because now there are no excuses. There used to be excuses; these problems have been around forever. As long as there has been Hollywood, there have been terrible people in Hollywood."

As far as Schur is concerned, there's no such thing as the ethical consumption of arts and culture.

"If you are a fan of any medium of art — movies, TV shows, music, sports, any kind of entertainment — you are, without question, compromised morally because someone that you love has done something bad," he said. "And so the question is, well, can I still like this person?"

For Schur, the question isn't abstract. He spoke with Power about how his deep admiration for Woody Allen's body of work evolved in the midst of sexual assault allegations raised against the director and the cultural reckoning of the Me Too movement.

"You have to draw a line somewhere in terms of what you personally can tolerate from people, even the people you love the most.… The fact that that line is blurry is not a reason to never draw it, in my opinion. The fact that that line is blurry means that when those questions get raised, when new information comes to light, you might have to erase that line and draw it somewhere else.… That's OK — like, this is a messy question we're talking about."

On lowering the barrier to entry for moral philosophy

One way Schur attempted to do that was by demystifying philosophical language.

"That's part of the high barrier of entry, I think, in something like moral philosophy, is that a lot of $5 words get thrown around. And if you can simplify them and replace them with 10-cent words, it'll be a lot easier for people to understand."

Schur said his experience debriefing his son's class about The Good Place and its themes provided him with the perfect test audience: smart sixth-graders.

"I put myself through the wringer of trying to explain it to 12-year-olds and found … if I can make this clear enough so that they understand, you know, what Kantianism, what deontology says and what Aristotle said, then that's a good sign that I'm doing it the right way," he said. "And it was really enjoyable and fun."