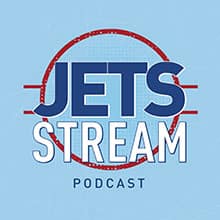 Jets Stream is the sad, happy, surprising, and downright weird tale of the Winnipeg Jets. They brought the Swedes to the NHL, made the 'white out' famous and broke hearts. Behind the scenes of one of hockey's wackiest clubs with host Marjorie Dowhos.

When the Winnipeg Jets left the city in 1996 they broke a lot of hearts. When they returned in 2011, they transformed a city. Jets Stream looks at the wild ride of an Avco cup-winning team hitting the big leagues, leaving, and coming back as a contender. This episode the birth of a team and a league; the Jets transform the WHA and hockey. Hello Bobby Hull and the Swedes.

Episode 2 Going to the show

The Winnipeg Jets of the NHL changed the way we play hockey. And, along the way they also changed Winnipeg, and broke a few hearts as well. In this episode of Jets Stream the team breaks into the NHL, but at a huge cost.

Episode 3 End of an era

The Winnipeg Jets transformed hockey and a city. Jets Stream looks at the stories behind the stats and explores the wild ride of the team that won hearts, left town and broke those hearts. But, also, how a city started plotting the team's return.

Episode 4 The Jets come back to Winnipeg

Tuesday, May 31, 2011 is a day that will live long in Manitoba history; It's the day that the world found out that Winnipeg's NHL Jets were being re-born. How that came about and how it changed this city is an epic tale.

First they changed hockey by signing Bobby Hull and introducing Europeans to the NHL. When the Jets returned to Winnipeg, they changed the city.