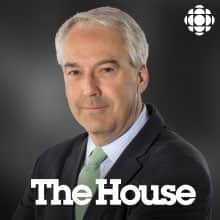 Go behind the scenes in the world of Canadian politics with CBC reporters in the Parliamentary Bureau and across the country.

This week on The House, guest host Evan Dyer looks at what Prime Minister Justin Trudeau's government must do to get answers following the downing of UIA Flight PS752. Plus, we have interviews with: a former foreign affairs director who was involved in the closure of Canada's embassy in Iran; a legal scholar on the latest developments in the dispute between the Wet’suwet’en people and Coastal GasLink; Venezuelan opposition leader Maria Corina Machado on a year of unrest in her country; and a royal debate between a monarchist and a republican.

This week on The House, Foreign Affairs Minister François-Philippe Champagne joins Chris Hall to offer his reaction to an intense week in Canadian foreign relations and provide a sense of what comes next. Then, a panel of MPs reflect on how the crash of Ukrainian International Airlines Flight PS752 is reverberating across the country. Plus, Iran is an emerging player in the global disinformation game. In the wake of military tension between the U.S. and Iran this past week, false narratives have taken over the internet and infiltrated legitimate sources of news. BuzzFeed news reporter Jane Lytvynenko joins Chris Hall to unpack this troubling issue. And as Wet'suwet'en Hereditary Chiefs and supporters rally in British Columbia to support the Gidimt’en and Unist’ot’en front-lines following the eviction of Coastal Gaslink workers from Wet’suwet’en territory, Chris Hall catches up with Chantelle Bellrichard, a B.C.-based CBC Reporter with the Indigenous Unit.

Connecting with people' to find common ground on climate change

As one decade ends and another begins, atmospheric scientist Katharine Hayhoe and sustainable energy economist Mark Jaccard join Chris Hall to highlight the urgent and specific actions needed from everyday citizens and governments alike because the evidence is clear: doing nothing isn’t an option. Plus, feature interviews with Donald Savoie, the granddaddy of Canada’s public administration, on his magnum opus, Democracy in Canada: The Disintegration of Our Institutions, and Baroness Diana Barran, the U.K.’s minister of loneliness, on the challenge of tackling social isolation.

A year in review: The House 2019 political quiz

As 2019 draws to a close, how much do you remember? It's time for The House's annual end-of-year political quiz. Play along with our panel of journalists and test your knowledge.

China turns up the heat and Canada pushes back

This week on The House, two Conservatives join us to talk about what's next for the party now that Andrew Scheer has resigned. Bloc MP Stephane Bergeron lays out his party's demands to work cooperatively with the Liberals. Finally, the parents of a soldier who died in Afghanistan talk about the new reports that the war wasn't what it seemed.

The parliamentary game of thrones

This week on The House, Liberal House Leader Pablo Rodriguez and the NDP's Rachel Blaney recap the throne speech and talk about the path forward in this minority. Two women who were at Polytechnique on that fateful date in 1989 talk to Chris Hall about gender-based violence and gun control. Finally, we bid farewell to New Zealand's high commissioner in his favourite place in Ottawa.

Parade of critics: How Andrew Scheer's views on same-sex marriage still divide his own party

This week on The House, Chris Hall meets new Conservative deputy leader Leona Alleslev, who defends Andrew Scheer's right to his own personal beliefs on same-sex marriage. But it's a position Rachel Curran, a key advisor to former prime minister Stephen Harper, calls a "dealbreaker" for her and other party supporters. Also, on the one-year anniversary of Huawei executive Meng Wanzhou’s arrest, Chris Hall speaks with Alykhan Velshi, vice-president of corporate affairs for Huawei Technologies Canada, and Susan Gregson, retired Canadian diplomat, China expert and senior fellow at the University of Ottawa.

The future and fate of the federation

This week on The House, Canada’s new deputy prime minister and intergovernmental affairs minister Chrystia Freeland tells host Chris Hall about the challenges of cooling down Canada’s simmering regional tensions. Rookie Oakville MP Anita Anand talks about taking a seat at the cabinet table. Meanwhile, Conservative foreign affairs critic Erin O’Toole weighs in on Canada’s decision to support a UN resolution in favour of the Palestinian right to self-determination and Mumilaaq Qaqqaq, Nunavut’s new NDP MP, shares her priorities — and what other young women could learn from her.

This week on The House, Saskatchewan Premier Scott Moe joins host Chris Hall to talk about what he has labelled an unsatisfactory meeting this week with Prime Minister Justin Trudeau. Tom Devine talks about Canada's whistleblower protection rules and Chris Hall talks to two strategists who have been behind-the-scenes when prime ministers choose a cabinet.

Why can't we be friends: Working in a minority government

This week on The House, Liberal Whip Mark Holland talks about how his party will manage the challenges of working across the aisle. P.E.I. Premier Dennis King walks us through his advice to the prime minister on working in his own minority government. Finally, interim Green Party Leader Jo-Ann Roberts chats with host Chris Hall about her tasks going forward in Elizabeth May's place.

The future of social conservatism in Canada

This week on The House, we talk to a Conservative strategist and a member of Campaign Life Coalition about whether Conservative Leader Andrew Scheer's stance on social issues cost him votes. We dive into the Wexit debate with two former MPs from Alberta. And: A political researcher shares her thoughts on Parliament's record when it comes to electing women.

The election is over, so what happens next?

This week on The House, defeated cabinet minster Ralph Goodale talks about where the Liberals went wrong and what's next for him. Three party strategists walk us through the workings of a minority parliament. Finally, we talk to three MPs about how pipelines and the environment will factor into this session.

The final days of the campaign

The House takes a look at some of the big issues in the final days before the vote.

The battle for votes in Quebec

This week The House heads to Quebec to hear from voters and politicians in key ridings across the province. Federal party leaders need to win over Quebeckers to win the election and there are many tight three-way races in the province’s 78 ridings. Polls suggest the political ground is shifting in La Belle Province, with the Bloc Québécois on the rise and New Democrats sinking. The Liberals and Conservatives are fighting to hold the seats they won in 2015.

Could Bill 21 spill over Quebec's border?

This week on The House, we look at how the rest of Canada views Quebec's religious symbols bill. We do a feature interview with Elizabeth May on the Green Party platform. Two candidates debate the merits and pitfalls of addressing the opioid crisis. Finally, two journalists break down the French language debate from this week and the ramifications of a Bloc surge.

The path to votes in New Brunswick

This special edition of The House from New Brunswick tackles the economy, cost of living, immigration and Indigenous reconciliation.

The different faces of Justin Trudeau

This week on The House, we talk about Justin Trudeau's blackface photos with candidates, journalists and other experts. We also kick off our round of federal leader interviews with the NDP's Jagmeet Singh and PPC leader Maxime Bernier.

This week on The House: How do the parties deal with crisis during the campaign? And why do candidates with questionable pasts often slip past vetters? We ask strategists from the parties. We examine the broken promise of electoral reform and hear from our In House panel about the federal leaders' debate.

Download How the parties deal with fizzles and flops on the campaign trail
[mp3 file: runs 00:50:52]

Will Quebec’s Bill 21 factor into the federal election?

This week on The House, three Quebec MPs join us to debate the province's controversial religious symbols legislation. We wade into the week's drama between the Greens and NDP in New Brunswick. Finally, Jean Charest talks about the appointment of a new ambassador to China.

"I've always been very clear": The Conservatives and an unsettled issue

This week on The House, deputy Conservative Party leader Lisa Raitt joins us to talk about Andrew Scheer's latest comments on same-sex marriage and abortion. A panel of undecided voters is here to talk climate change. And two political strategists walk us through the pros and cons of the parties' election slogans for 2019.

The 'Jihadi Jack' debate: Who has a right to come to Canada?

This week on The House, we discuss whether Jack 'Jihadi' Letts should be repatriated to Canada with two global security experts. We look at the government's new international development funding with Minister Maryam Monsef. Rachel Giese joins us to talk about the resurfacing of an anti-gay marriage speech by Andrew Scheer.

This week on The House, MPs Jane Philpott and Marc Miller join us to talk about the SNC-Lavalin report. We take a look at the situation in Hong Kong, and get the latest on the Manitoba provincial election. Finally, the Strategists are back to look ahead to the writ drop.

Fitting the workforce for a green economy

This week on The House, Green Party Leader Elizabeth May talks about part of her platform for the election. Former G7 sherpa Peter Boehm looks ahead to this month's summit. What happens to citizens and the government in the digital age? Two experts join us. Finally, we look at the debate over gun control in Canada with three MPs.

Nation building in the North

This week on The House, Nunavut Premier Joe Savikataaq joins us to discuss the North's priorities for the upcoming election. We get a NAFTA update from experts on both sides of the border. And Public Safety Minister Ralph Goodale talks about what the Five Eyes nations accomplished at their meeting this week.

How the SNC-Lavalin affair could affect the Indigenous vote

This week on The House: Assembly of First Nations National Chief Perry Bellegarde talks about what Indigenous voters want out of this election. U.K. professor Simon Usherwood walks us through what Prime Minister Boris Johnson could mean for Canada. And what impact might the Mueller hearings have on the upcoming Democratic debates in the U.S.? Author Nancy L. Cohen joins us for her take.

Download How the SNC-Lavalin affair could affect the Indigenous vote
[mp3 file: runs 00:51:08]