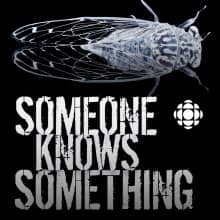 The latest season of Uncover: Dead Wrong dives deep into a botched police investigation, missing evidence, and a wrongful conviction in a city plagued with more than a hundred unsolved missing and murdered cases. Dead Wrong takes you through the twisting, unbelievable story of Glen Assoun who spent more than 17 years in prison for the murder of Brenda Way, a crime he did not commit, and asks who really killed Brenda? More episodes are available at http://hyperurl.co/uncovercbc

David looks deeper into Donnie’s case file to try piecing together his final days and hours, while Debra takes a new approach to try shaking something loose. New revelations ensue.

Debra proposes a new dig on a Mississippi property in her search for answers. Could it be the spark the case needs?

Detectives interrogate an apparent witness about his involvement in Donnie’s disappearance and question his credibility. Is he telling the truth or is there more to the story than he’s letting on? Meanwhile, David tracks down the witness’s family and friends to get to the bottom of his story.

Debra notices a man repeatedly named in Donnie’s case file as a potential witness. Yet police never spoke to him. Could he be the key to finding out what happened to Donnie?

On Mother’s Day 1995, Debra receives a distressing phone call from her son, Donnie. Crying and upset, he asks her to wire him some money. After what sounds like a scuffle and a scream, the phone goes dead. Debra never hears from Donnie again.

In SKS Season 6, David Ridgen investigates the case of 19-year-old Donald Izzett Jr., who disappeared during a road trip across the U.S.

In this special episode, David and Thomas Moore reflect on their search for justice and what they’ve learned in the years since their investigation into the 1964 Klan murders of Henry Dee and Thomas’ brother Charles Moore.

David follows up on tips, rumours and accusations surrounding the Kerrie Brown case, and tracks down more potential suspects.

Trevor Brown speaks for the first time with the man who was accused of murdering his sister.

Patrick Sumner was arrested and charged with Kerrie's murder, but discharged after a preliminary hearing. He has never spoken to the media to give his side of the story. Until now.

David tracks down the civilian phone operator who says she received a suspicious phone call the night Kerrie disappeared.

A woman writes a name on a scrap of paper and hands it to Jim Brown. Is this the tip he's been waiting for?

A retired RCMP officer claims that certain suspects, tips and evidence may have been overlooked during the original investigation, including a very suspicious phone call.

Another muscle car, similar to the one seen by witnesses near the crime scene, was out driving through Thompson on the night of Kerrie's murder. The driver of that car was known as Mad Max.

The investigation leads to the owner of an auto body shop, who has information about Patrick Sumner's vehicle, and similar cars that may have been in Thompson on the night of Kerrie's murder.

A local teenager witnessed two vehicles leaving the crime scene the night Kerrie was murdered. What did he see that night? And more importantly, who?

Another young woman was brutally murdered in northern Manitoba in 1971. But unlike the Brown case, a perpetrator was eventually brought to justice. What can be learned from the Helen Betty Osborne case?

David speaks with the woman who discovered Kerrie's body to learn about the crime scene and meets with the police officer currently in charge of Kerrie's case.

On a cold October night in 1986, 15-year-old Kerrie Brown disappeared from a house party. Her friends and family recall that fateful night and the devastating effect it's had on their lives.

NXIVM calls itself a humanitarian community. Experts call it a cult. Uncover - the new investigative series from CBC Podcasts - looks into the group, its leader Keith Raniere and one woman's journey to get out. Subscribe to Uncover: Escaping NXIVM now.

Updates on Seasons 1 through 4. And an announcement: SKS will be back with Season 5 in October 2018.

In March 2018, David and his team of volunteers conduct a fourth search of Holmes Lake for Adrien McNaughton. It's the deepest and most thorough search to date and, with the help of cadaver dogs, leads to important discoveries.

Taken by child welfare workers in the 1970s and adopted out to the U.S., a Cree family believes their sister was raped and murdered while hitchhiking home to Saskatchewan. Host Connie Walker joins the search to find out what really happened to Cleo.

David and the Greavette family track down every available lead, investigating whether Wayne's murder is linked to the water industry, biker gangs or organized crime.

A disturbing piece of information about Wayne's past is revealed and the Greavettes meet one of the people mentioned in the death letter.

Danielle and Justin meet with Ed Galick who was Wayne's former employer and mentor. He was also a person of interest to police. Ed and Wayne were like father and son, but then things took a turn in their relationship.

David meets the police officers involved in the Greavette case to learn about their investigation and find out what the evidence reveals about who might have killed Wayne.

When a flashlight bomb killed Wayne Greavette in 1996, it also destroyed his family. Years later, Wayne's widow and adult children reunite to revisit the case and search for answers.

In SKS Season 4: Greavette, David Ridgen continues the work he began nine years ago, investigating the murder of Wayne Greavette.

In this bonus episode, David travels back to Mississippi, follows up on the Dee & Moore case, and looks at the fate of other civil rights era cases in the wake of the James Ford Seale trial.

In the aftermath of the Dee-Moore case, questions remain. Years later, David and Thomas return to Mississippi to meet old friends, mourn those who have passed and to try meeting the Klansman turned church deacon, Charles Marcus Edwards, one more time.

The investigation continues, leading to the doorsteps of more former Klansmen. Then, a surprising revelation from Lampton.

David and Thomas search for MHSP officers and FBI agents who were present during Seale and Edwards's arrests. And Thomas looks for the support of the local community as he plans to confront the Klansmen in person.

David and Thomas meet journalist Jerry Mitchell, who has stacks of FBI documents about the case. They speak to people who lived through the terror of civil rights era Mississippi, and visit U.S. Attorney Dunn Lampton to try to get the case reopened.

Why did authorities close the case? David & Thomas speak with the FBI and local District Attorney to try to find out. They also meet Henry's sister Thelma and Joe Lee, one of the last to see Dee & Moore alive. Thomas makes a shocking discovery.

In 1964, two klansmen were arrested for the murder of Dee & Moore: James Ford Seale and Charles Marcus Edwards. The charges were dropped. But Edwards is still known to be alive, and Thomas wants to meet him face to face.

All six episodes of SKS Season 3: Dee & Moore will be available on Tuesday, November 7th, 2017.

In a live Q&A from CBC Hamilton, David provides updates on the Adrien McNaughton and Sheryl Sheppard cases, as well as a sneak peek at what’s to come.

Where is Sheryl Sheppard? David looks into her potential whereabouts and makes direct contact with the man police have named as the prime suspect in Sheryl's disappearance: Michael Lavoie.

As David tries to track down and speak to Brian Sweeney, Sheryl's ex-husband, evidence begins to pile up that Sheryl may have known her life was in danger.

David speaks to people who knew Michael Lavoie as a child, as well as members of his family, including his mother, Pat Lavoie.

S2 Episode 9: The Appearance of Force

David takes a closer look at the New Year's Eve proposal video with a forensic psychologist and the TV host who was there that night. We also hear from people who say they witnessed violence between Michael and Sheryl first hand.

Gwen speaks about her relationship with Michael Lavoie, what she recalls from those crucial days in January 1998, and the effect that Sheryl's disappearance had on Gwen and her family.

David drives cross-country to meet with Gwen, Michael Lavoie's partner of many years. Retired detectives share new details about their investigation. And a local reporter reveals a previously unreported story about Lavoie.

David tracks down Michael Lavoie's stepbrother, Mark Dempsey, and talks to him about family, betrayal and the criminal code.

In the weeks surrounding Sheryl's disappearance, Michael Lavoie began a relationship with another woman, Sheila Darbyson. Sheila talks for the first time about many surprising details. (Episode 6 will be released on Monday, January 2, 2017)

The search for more information about Sheryl’s disappearance begins to both widen and focus on the details, as David uses everything from Facebook to knocking on doors to try to figure out what might have happened to Sheryl.

The investigation into the Adrien McNaughton case continues. Since the season finale, there have been meetings with police, two search dives and some discoveries.

Who was Sheryl Sheppard? David speaks to her family, friends and coworkers to try to find out if there was anything in her past that could provide clues to explain her sudden disappearance.

When Odette Fisher returned from holidays in New Brunswick, she expected her daughter, Sheryl Sheppard, to pick her up at the train station. Sheryl never showed up. And Sheryl’s new fiancé said he hadn’t seen her for days.

In the season finale of SKS, David Ridgen wraps up loose ends, looks into ways to continue the investigation into Adrien's disappearance, and speaks with the McNaughton family about their experience of reopening the case.

The investigation pauses as the search divers wait for Holmes Lake to thaw. In the meantime, SKS revisits the people, information and new leads that have been uncovered in the case so far.

Two psychics pointed to the remote town of Clyde Forks in their readings of Adrien McNaughton's fate and whereabouts. Could the missing boy have grown up in a secluded town an hour's drive from his family home?

A divemaster prepares to search Holmes Lake before winter arrives ​and the lake freezes over. And John Gervais identifies the mysterious vehicle he saw at the lake the day Adrien disappeared.

The cadaver dogs continue their search for the scent of human remains in the Holmes Lake area.

Two cadaver dogs are brought in to search the area of Holmes Lake where five-year-old Adrien McNaughton was last seen.

Is Adrien still alive? If so, what would he look like today? Forensic artist Diana Trepkov creates a series of age-progression sketches to help SKS in their quest to solve the mystery of McNaughton's disappearance.

SKS host David Ridgen speaks with those involved in the initial search for Adrien McNaughton, and weighs every available theory about the cause of his disappearance — from abduction to bear attack.

Another witness was present in the moments leading up to Adrien’s disappearance. SKS host David Ridgen ventures into the backwoods of Eastern Ontario to find him.

What happened the day five-year-old Adrien McNaughton wandered into the woods and was never seen again? How does a family grieve for someone who may still be alive? And where might he be today? SKS host David Ridgen returns to his hometown to investigate.

David Ridgen considers whether he should create the podcast Someone Knows Something.