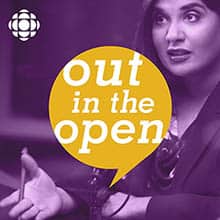 Out in the Open is an adventurous and wide-ranging weekly show about the nitty-gritty of real life. Host Piya Chattopadhyay and her team look at how one timely topic is affecting regular people, and invite listeners to join in on the conversations we need to have ... out in the open.

After four years on the air, Out in the Open is coming to a close. For this final edition, Piya revisits highlights from some of the stories that illuminate what the show set out to accomplish.

This episode first aired in January 2019 // Death... is not something most people really want to think about. And that's actually a luxury. Because when you come face to face with the end, you have no choice but to stare mortality square in the eyes. From terminal illness to a near-fatal drug overdose, this week Piya speaks with people who've had close calls with death that changed everything for them in life.

The latest season of Uncover: Dead Wrong dives deep into a botched police investigation, missing evidence, and a wrongful conviction in a city plagued with more than a hundred unsolved missing and murdered cases. Dead Wrong takes you through the twisting, unbelievable story of Glen Assoun who spent more than 17 years in prison for the murder of Brenda Way, a crime he did not commit, and asks who really killed Brenda? More episodes are available at http://hyperurl.co/uncovercbc

This episode first aired in October 2018 // The word "ally" is thrown around a lot these days, especially by people who work to support women, people of colour, and those in the LGBT community. This week, we go beyond the buzz of the word to see what it really means to be an ally... and whether it makes a difference.

This episode first aired in May 2019 // We all want to feel proud of who we are, the work we do and the values we hold strong. But left unchecked, pride can turn into an outsized feeling of self-regard that can even hurt other people. This week, Piya rides that fine line by asking: What's the point of pride?

We tend to be more confident in our memories than we should be. And yet, memory is still held to be such an important decider in the criminal justice system, social conversations and everyday life. This week, Piya explores just how much you can really trust your memory.

Introducing Season 3 of Other People’s Problems

On Season 3 of Other People’s Problems, host Hillary McBride takes you where microphones rarely go, into her therapy office where her clients hurt, heal, and ultimately thrive. This is what people sound like when they talk with someone they trust about difficult childhoods, ongoing mental health struggles, and the sudden changes we’re all facing right now living through a pandemic. Here’s the first bonus episode of Season 3 of the CBC podcast, Other People’s Problems. More episodes are available at hyperurl.co/otherpeoplesproblems

Observing other people's experiences of trauma can breed understanding and spur action. But it can also have a profound impact on the person who's watching. This week, Piya asks: How does bearing witness change you?

Adoption can be bittersweet for everyone involved. At best, it results in a happy, healthy family. But it can also carry a load of conflict, confusion, and unanswered questions. This week, Piya wades into some of those things we don't tend to discuss when we talk about adoption.

We have systems in place to bring justice to those who've been wronged. But we also know these systems aren't perfect, and even when a decision is meted out, it may not feel like justice to some. This week, Piya asks: Where do you turn when you believe the justice system has failed?

#83: The Secret Lives of Parents

How well do you really know your parents? This week, Piya speaks with people who discovered bombshells about their folks that didn't just change how they saw them, but how they saw themselves, their childhoods and their places in the world.

Relationships are central to our health, happiness and even lifespan. And yet, loneliness is cutting across generations, hurting our health, and its rise has been called an "epidemic". So where does that leave us? This week, Piya speaks with world-renowned psychotherapist Esther Perel about why connection is so important, why we're so bad at it, and how we can do better... both within couples and across social and political divides.

Infertility affects about one in six couples in Canada and many individuals not in partnerships. And while there are many ways to make a family, not being able to conceive can deeply affect some people's identities and worldviews. This week, Piya explores how infertility can complicate your sense of self.

We tend to glorify occasions when families are reunited. But those moments are just the start of what can often be long, difficult paths. This week, Piya explores the reality of what happens after the movie moment of family reconnection.

From so-called 'fake news' to reports of gaslighting by survivors of abuse, we're wrestling with the nature of truth on political and cultural levels everyday. This week, Piya speaks with people whose personal truths have been question, dismissed, distorted, and even denied, to find out how they fought back and held on to their reality.

Soon after Paris's Notre-Dame Cathedral burned, a global fundraiser was launched to rebuild it. The effort sparked debate among those who believed in preserving the historic structure, and those who contend we should move on and use the money for other needs. This week, Piya dives into that tension, asking: What's worth holding onto... even when it's almost gone?

From the scores of people who've declared #MeToo, to whistleblowers calling out politicians from the inside, we're in a climate where speaking out and speaking truth to power is often celebrated. But sometimes, we have reason to keep quiet. This week, Piya explores what leads people to silence themselves... and what impact that can have on us all.

A phenomenon known as "call-out culture" has emerged, where people publicly denounce words and actions they consider to be untoward, and often prejudiced. And its rise has led to a lot of conflict about just how healthy that culture is today. This week, Piya asks: What does calling people out really achieve?

Between natural disasters, targeted attacks, and everyday run-of-the mill accidents, we hear about crises happening to other people on the news all the time. This week, Piya speaks with people who were there when crisis struck, to find out how they responded... and what their reaction says about them.

"Passing" is the ability to be read as something you are not. While is can be a privilege for some people, it can also come with unforeseen consequences for both them and those who see them. This week, Piya explores the good, the bad and the cost of passing.

The personal and political tension of 'passing' while transgender

Sessi Kuwabara Blanchard identifies as a transgender woman. But when she walks down the street, she says people often see her as a woman who was assigned female at birth (also known as cisgender). Blanchard tells Piya how passing can be liberating for her, but can also carry dangerous risks... and why the mere term is so controversial among transgender people.

Download The personal and political tension of 'passing' while transgender
[mp3 file: runs 00:27:03]

DNA tests have exploded over the past few years. And while they have a scientific basis, their accuracy is debatable. But what the results have led some people to discover has been truly life-changing. This week, Piya asks: How much does family DNA really matter?

By choice and by circumstance, Ibram X. Kendi has devoted his life to this thing we call race. As a black man, he says he's both experienced and perpetrated racism throughout his life. As an author and historian, he's come up with a case to overcome it. This week, Piya speaks with Kendi about "How to Be an Antiracist", his rallying cry for all of us to reframe how we think about racism in order to remedy it. If we don't, Kendi says racism may well threaten our very existence.

Throughout the 1980s, Satanic cults were widely believed to be terrorizing and torturing children. There were hundreds of false allegations and countless lives torn apart — but never any real proof. Uncover: Satanic Panic from CBC Podcasts is out now. Subscribe at cbc.ca/uncover

From those annoying phone scams to email hacks, bank fraud to catfishing... it can sometimes feel like everywhere you turn, there's a con just waiting to happen. But being taken advantage of like this can cut way deeper than your pocket book. This week, Piya explores how people recover after it happens to them.

We all want to build a strong legacy for ourselves - something we can be proud of. But when a wrench gets thrown into your life story, you've got to find a way to make it right. This week, Piya asks: How do you manage a complicated legacy?

About 1 in 20 Canadians say they've been victims of stalking, according to the latest numbers from Statistics Canada. And yet, some victims say we don't take it seriously enough as a society. This week, Piya digs into why, with people who have been on different sides of stalking.

When we call someone 'exceptional', it's often for something enviable, like being top of your class, or most successful in your field of work. But being exceptional also makes you different, which can lead to isolation and a whole lot of expectation. This week, Piya asks: Is being exceptional a blessing or a curse?