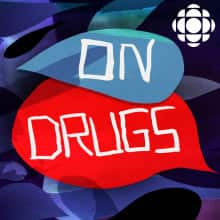 Each week, On Drugs looks through the lenses of history, pop culture and personal experience to understand how drugs have shaped our world. Because even if it's just caffeine or ibuprofen, there's a good chance you're on drugs right now.

Introducing: Recall: How to Start a Revolution

The 1950s & 60s saw a wave of radical movements. Che Guevara and the Cuban Revolution. The Black Panthers. Quebec and Canada had the FLQ — a showdown that dissolved into crisis. By October 1970, there were soldiers in the streets, communities on edge, kidnapping and terror in the headlines. But those frightening weeks were just the crescendo of a wave of terror and violence that was nearly a decade in the making. This series will reveal the stories of that time through immersive storytelling and the people who lived it: the bomb disposal expert on defusing live explosives, the survivors of terror, their families, and the radicals themselves. More episodes are available at http://hyperurl.co/recallcbc

Opioid drugs have claimed a shocking number of lives across North America in recent years, as people fall victim to overdose. While the intensity of crisis is new, our relationship with opiates — and opioids, as they're often referred to now — goes back millennia. This is an overdose crisis thousands of years in the making, and in this episode, Geoff Turner dives into that fascinating history to figure out how we got to this point.

It's just one more week until the season two finale of On Drugs, but in the meantime, enjoy this favourite from last season. It's all about Miltown, a drug that is mostly forgotten today, but helped create modern psychopharmacology. We're proud to announce that this episode is nominated for Best Podcast at the 2018 Radio Television Digital News Association awards.

This episode goes behind bars to learn how Canadian prisons form a nexus of drug crime, trade and addiction. We'll meet people in prison because of crimes committed in the throes of addiction and learn about how prisoners cope with addiction in custody.

A feature interview with Bill Blair, the former Toronto Police Chief now in charge of implementing the federal government's cannabis legalization law. He reflects on the transition from drug law enforcement to legalization and regulation.

S2 E9 The Trouble with Rehab

Addiction treatment and recovery is a 37 billion dollar industry in North America. Yet despite decades of research and practice, there's still no surefire way to get people clear of substance dependency. In the absence of consistent standards and availability of care, people looking for help can get lost in the search for support. This episode explores the history and present of addiction rehab and recovery.

The Narcotic Farm in Lexington Kentucky played a major part in shaping the culture around mid-century heroin use in the United States, as well as our understanding of the science of addiction. This week, On Drugs digs into the history of this unique institution and what went on there.

We're hard at work putting together the next new episode, but in the meantime, here's a favourite from last season. It's deep look at the intersection of music, drugs and creativity. Enjoy.

Host Geoff Turner is back in Colorado for part two of his road trip to see what Canada can learn from four years of legal cannabis in the Rocky Mountain State.

We're busy working on next week’s show, but I wanted to share another CBC Original Podcast I think you might like. It’s called Personal Best. I wouldn’t be doing it justice to call it a self improvement show, because it’s a lot more than that. In an episode called the Doppelganger, we meet Julia - she’s struggling to find a way to communicate her authentic self through texting and technology. It’s trippy and fun and it has all kinds of heart. Please give it a listen!

Cannabis will be legal and regulated across Canada later this year, but Colorado has a four year head start on ending prohibition. Host Geoff Turner travelled to the Rocky Mountain State to see how legalization looks, four years on.

Before pharmaceuticals find their way to your medicine chest, they are subjected to batteries of tests for safety and efficacy. Those tests begin with animals, but eventually scientists need to try out the drugs on people. In this episode, we explore the world of clinical drug trials, including host Geoff Turner's own experience as a human guinea pig.

In our episode on Utah, Mormonism and drugs, you met Dan Snarr, the former mayor of Murray Utah. He told us about losing his son to opioid overdose. Here's a full length version of Geoff's conversation with Dan.

There’s an expectation that members of the Church of Latter Day Saints will live with chastity and modesty in order to secure a place in heaven. And yet, Utah, the heart of Mormonism, has one of the highest overdose rates in the U-S. In this episode of On Drugs, we hit the road to investigate why.

People have been using caffeine in one form or another for thousands of years. And for more than a century, people have been fretting about what it does to our health and our moral condition. This episode dives into the history and significance of the most widely used psychoactive drug on earth.

This episode of On Drugs explores how cannabis went from unknown, illegal and vilified to the present day, where it's considered medicine and the foundation of a multi-billion dollar industry.

On Drugs Extra: Ayahuasca in the jungle

We launched season two of On Drugs with an episode about how people are using psychedelics in search of spiritual enlightenment. One of the people we met was Tanya Kammonen. Tanya and I spoke at length about her experience with psychedelics -- ayahuasca in particular -- and if you’ve listened to the episode already, you’ll have heard some of that conversation. But I thought you might be interested in hearing what didn’t make it to air. So here's a special extended version of my conversation with Tanya Kammonen.

In this episode of On Drugs, we explore the connection between psychedelic drugs like LSD and psilocybin and the transcendent feelings and perceptions that users report. Ethnobotanist Wade Davis shares his insight into the seeming ubiquity of psychedelics in mystical experience in the Americas. Dr. Rick Strassman describes what happened when he went in search of the spirit molecule. And Tanya Kammonen explains how ayahuasca prepared her scientific mind for religious experience.

If you've been craving a fix of the CBC original podcast, On Drugs, the wait is nearly over. Season 2 launches February 13. Here's a chance to meet the people who put it all together and to hear some highlights from the season ahead.

Introducing: How Do You Sleep at Night? + Season 2 Coming Soon!

How Do You Sleep at Night? is a great podcast from the team at ABC about people who live their lives in the face of judgement. The show explores the different moral codes we all live by. Because no one thinks they’re a bad person, right?

The drugs we choose - legal and illicit - and the ways we use them, are at least partly determined by gender expectations. This episode explores how those expectations affect our relationships with drugs.

From athletes pumping steroids to tech entrepreneurs microdosing LSD, what happens when people use drugs to make themselves stronger, smarter and faster than their normal healthy selves?

If most recreational drug users do it because it feels good, why is pleasure always left out of policy conversations about drugs?

In this episode of On Drugs, it's the story of a very important drug that you've probably never heard of. The Drug is called Miltown and it changed the world of psychiatric medicine forever.

If you want to learn about drug addiction, Vancouver is a good place to start. The city has struggled with opioid abuse nearly as long as it's existed. This episode explores Vancouver's narcotic past and present through the voices of residents struggling

From berzerkers on mushrooms, to Nazis on meth and Iraq vets on ecstasy, armies and soldiers have used drugs to fight, cope with and recover from war since ancient times.

We dig deeper into our conversation about the historical intersection between drugs and music with author Martin Torgoff.

The connection between drugs and rock and roll is a comic and tragic cliche. On Drugs gets past the cliches and explores the intersection of drugs and music from classical to hip hop.

Of all the reasons we use drugs, the management and suppression of pain is one of the most fundamental. And yet for all the advances in medication, our relationship with pain is still fraught with moral and chemical challenges.

Each week, On Drugs looks through the lenses of history, pop culture and personal experience to understand how drugs have shaped our world.