PlayME co-host Chris Tolley sat down with Chafe to talk about the major themes of his play, how the loss of a dear friend factored in, and how he found the pride in being a gay man in Newfoundland.

His play "Between Breaths" was inspired by the celebrated life of Dr. Jon Lien 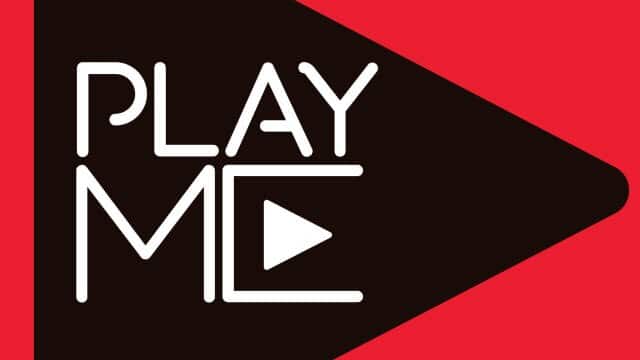 Robert Chafe begins his play Between Breaths with the hardest part of "the Whale Man of Newfoundland's" true story. Specifically, bedside visits as Dr. Jon Lien lays languishing toward the end of his life.

By starting on this "irredeemably sad" note, Chafe is able to confront the truth of Lien's passing, then work backwards toward the beautiful beginnings of his career as a respected researcher and whale rescuer.

PlayME co-host Chris Tolley sat down with Chafe to talk about the major themes of his play, how the loss of a dear friend factored in, and how he found the pride in being a gay man in Newfoundland.

Can you give us a little glimpse into what "Between Breaths is about?"

On the surface, the play is about the life and work of Dr. Jon Lien who was a researcher and animal behaviorist originally from South Dakota who moved to St. John's, Newfoundland in 1968.

He forged a career here in Newfoundland of rescuing whales that had become trapped in fishing nets. Over the course of his career, he rescued over 500 animals and greatly increased the population.

On the surface that's what the play is about.

But there's another aspect of the play that is about how Dr. Lien's life ended. Over the last eight to ten years of his life he succumbed to a slowly developing paralysis and dementia. So this man that spent his very laudable career saving these incredible animals from entrapment, over the last number of years of his life slowly found himself more and more confined in his own life.

Whale entrapment is used as a metaphor in talking about Dr. Lien's illness and his death to paint a picture of the lives we lead and the legacies we leave behind.

Why do you tell the story backwards?

I did a lot of interviews with family, friends and colleagues of Jon's. It's not hyperbole to say they were all still grieving. I started that process about two years after his death.

They were all particularly shaken by the fact that a person like Jon who had lived a life so large and who was so fearless and huge in the world could go out with what could be seen as a whimper. And that really haunted people.

And so we knew that to end the show there would be irredeemably sad.

How is the death of your friend and Dramaturge on Between Breaths intertwined with the writing of this play?

I'd known Iris [Turcott] for about 15 years by the time she passed.

I was at a really dark place at that point with the piece, and so Iris kind of swooped in and she picked me up and dust me off and made me believe that what I had to say in the world was worthy.

It's a huge bizarre, beautiful irony that the piece ends up being about the legacy you leave in this world, and how to exit the world and dying. We asked Iris to come see it and she wasn't able to — she just said she was busy — and after the show closed she revealed to me that she was dying of cancer.

So the show is functionally, artistically, spiritually, tied up with Iris, and us working together and how she passed, and when she passed.

Why was your first play, Under Wraps, so important to you?

When I was starting to write, I came out. And coming out was — there's no better way to say — like I burst out of the closet and I wanted to tell the world. And so it would never have occurred to me back then to write about anything other than my own experience. Under Wraps was my 'coming out play'.

I was shaped by shame on two fronts, sexual shame and identity shame.

Whenever I'd hear my accent on the national media it was being made fun of and so I equate that shame with my sexual identity shame. I talked about this to people and sometimes they don't understand that from my perspective, gay pride is what happens when that kind of shame breaks. It is that "pride" that is so powerful and transformative and inclusive.

What drew you to theatre?

I got involved in theatre at the beginning, to be completely truthful, not because I had a deep understanding of the art form, or a deep love of the art. It was it was like team sports for the awkward gay kid that didn't play team sports, right? It was as social endeavour when I was in high school. It was a group of people working together toward a common end, and that's what I really loved about.

So if you told me back when I was 24 years old that I would spend my life as a writer — a significant portion of my professional life working alone, by myself, I would have found that quite unbelievable.

It's a solitary way to go about things, but at the same time it is knowing that the work is in service of going back into the rehearsal hall. It's always an adventure to go back into the room and see where piece is going to go.