The Toronto comedy darlings discuss their new season and what it’s like to create during a pandemic.

Prioritizing humour in these unfunny times

Award-winning sketch comedy troupe Tony Ho are back with another installment of their podcast—but this time their creative process looks a little different. The team, which includes Miguel Rivas, Roger Bainbridge and Adam Niebergall, were forced to adapt to a new normal while creating their second season during quarantine.

In a year that reads more like the plot of a horror film, Tony Ho has prioritized laughter—not in a way that denies the reality of the current times, but rather leans into the discomfort and uncertainty.

Tony Ho spoke with CBC Podcasts about their creative process, laughter during COVID and their favourite episode(s) of the season. Here is part of that conversation.

Given the current state of the world, how important is comedy and laughter in 2020?

Comedy? Laughter? Always important to us! Maybe one of the worst parts of 2020 is that there's been so much happening that just is not funny in any way whatsoever. There's a lot of hate, a lot of anger, a lot of desperation, a lot of human ugliness. You watch something like the U.S. presidential debate and you can't even chuckle at how ridiculous it is. It's just deeply depressing and worrying. Our comedy has always come from a place of tension and anxiety. So, while these are unprecedented times, we do feel at home working from this place, and (hopefully) we're providing a little catharsis to people.

How has the pandemic affected your creative process?

I wish we could have the surprisingly optimistic answer and say, "Actually, it's been a great challenge!" But it hasn't. It sucks. First, it's hard to wake up these days and feel funny. Also, the way we've traditionally worked is we host live performances to...find which jokes hit and which ones need to be kicked to the curb. We also use that time to come up with new content, because an audience will tell you whether or not they find your work funny. So while we're confident in the material we've written for the new season, and we were laughing a lot while making it, it would have been great to road test it. It's also hard to record audio with a mask on.

Our comedy has always come from a place of tension and anxiety. So, while these are unprecedented times... (hopefully) we're providing a little catharsis to people.- Tony Ho

Did you feel any pressure to speak to the current times when creating content? How did you navigate this?

Well, we knew we didn't want to be making sourdough and Zoom meeting sketches. We've never stressed too much about being topical or chasing a zeitgeist or whatever. We feel if comedy is coming from an honest and emotional place, it will hopefully work no matter what the climate. But we talked about it and ultimately decided addressing the pandemic directly was not something we were that interested in, whether because we're still in the midst of it, or we didn't feel we had anything new to offer to the conversation.

How does season 2 of the podcast compare to the first season?

This one is definitely bigger and stranger. There's a lot more variety in the types of sketches. Our engineer and sound designer, Gavin Whelehan (who also did the first season), really outdid himself in crafting full, unique spaces for the sketches. Each one really grounds you somewhere completely different. There's also a bit more of a supernatural element to this one, which was wholly unexpected, but it turns out that's where our heads are at. And monsters are always great metaphors.

What are some of your favourite episodes from this season and why?

Latino Disappointment touches on some very real and very unfortunate experiences that Miguel has had being a mixed-race performer. Being able to speak to that really personal topic and still find the funny was something we were all proud of, even more so when we hear from other performers who can relate to it. I think we all feel Coach is pretty vintage Tony Ho. And Luke is an amazing and disturbing showcase for how brilliant a performer Kayla Lorette is. 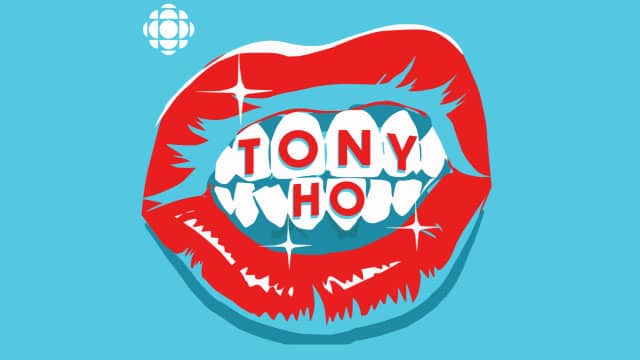 Tony Ho6:16S2 E1: Latino Disappointment
Miguel gets some much needed tips on his struggling acting career. Time for a makeover! Episode 1 of Tony Ho: SO MUCH HAPPY BETTER. 6:16

What do you hope listeners will take away from this season?

A desire to hear more! We've loved working on this and would love to make more, so listen and share. And if we can make people laugh and maybe look at sketch comedy in a way they're not used to—mission accomplished.

Written by Glory Omotayo. Interview edited for length and clarity.