Samantha Bee planned to quit comedy in a blaze of glory

A young Samantha Bee never imagined a future in political comedy. She discovered her love for showbiz quite accidentally. And she fell for it hard, setting her on a path to becoming a staple on late-night television — first on The Daily Show, and then with her own show, Full Frontal. 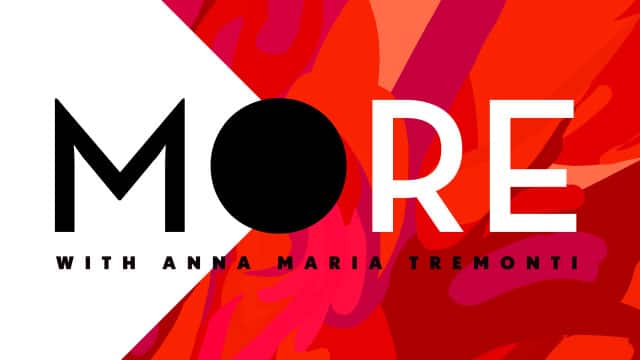 More with Anna Maria Tremonti58:29Samantha Bee was ready to walk away

Growing up, Samantha Bee imagined many possible futures — but never a career in political comedy. Bee discovered her love for performance quite accidentally, while taking a theatre class as something of a bird course. Students had to try for a role, either behind the scenes or on stage. "I thought, 'well, I'll just audition and I'll see what happens," recalls Bee.

What happened was that she fell in love with it, setting her on a path that would eventually make her a staple on late-night television, first as a correspondent on The Daily Show and then with her own show, Full Frontal with Samantha Bee. But that path, Bee tells Anna Maria Tremonti, wasn't always easy. Listen to their conversation to hear just how close she came to quitting in the early 2000s (so close!) — but also how she found her passion, her voice, and her way.

So how did the comedy come after theatre?

It's hard to make a living as a theater performer for sure, and so you end up piecemealing a career. You end up doing lots of little jobs that you don't expect to be doing. You're trying to get stage time. You're trying to honestly get paid like a 100 dollars to do a job.

And so I did a kid's play. I did a touring production for teenagers. And then I met some people who had a sketch troupe.

When I stepped on a comedy stage I was like "Oh, this is what I really want to do. Can you make a living doing this?" And the answer was NO! So I thought, okay I'll do comedy in my spare time, and then I'll do whatever it takes to be able to like float me financially while I do comedy.

Where did your own political awakening come from though? How far back has that gone?

Well, I was always interested in the news when I was a kid. It's so funny actually, my mom listened to the news constantly. So, we were always listening to CBC in our household, and I thought it was terrible when I was a kid. I thought "Oh, this is so boring. Like why can't we just listen Top 40. Like, the other parents let their kids listen to music." But it was honestly news all the time.

And then here I am a few years later completely immersed in the news. So it was very impactful.

And  who would ever know that you could merge news and comedy into one career?

So, we were always listening to CBC in our household, and I thought it was terrible when I was a kid. I thought 'Oh, this is so boring. Like why can't we just listen Top 40?'- Samantha Bee

It keeps escalating. And what are you going to do, right? The fruit keeps hanging lower.

Oh my gosh, it's really on the ground.

So, a shift happened as you were already becoming immersed in your career — that shift of even more political satire.

Oh for sure. And you know before I came to The Daily Show, I was a big fan of the show. So you know Jon's political leanings or the content that he put forth on the show was important to me. Of course I was opposed to the war. And of course I had opinions about all of these things. I mean, listen, I was like protesting during the Gulf War. So, it was weirdly but very natural fit for me.

Did it blow your mind that you were asked to audition?

Of course. I did think that. I mean I was close to giving up my career. I wasn't going to give up comedy. I knew that I could do that forever, but it became tiresome to not know when we'd be able to make another mortgage payment on our house.

I got married in 2001 and we had bought a house. And I did grow a little tired of the piecemeal career. I had done so many commercials one year that I was not eligible to do anymore for years. I was just tired of the struggle. And I was also tired of having to wait around for somebody else to dictate the terms of my career. I was tired of sitting around and waiting for someone else to say yes to me or to ask for that approval from a casting director or a director of something or a commercial agency. So I thought I'll make a career elsewhere.

I'll continue to do comedy because I love it and I'll let that lead me where it leads me. And then when I got the audition at The Daily Show I thought, all right. "Well, this is it for me." This is a great swan song because I love the show. It's my favourite show. What I will do is the best audition of my life. And then I can walk away from this career with pride and think, "wow that was really neat, and I did my absolute best." And if they didn't like me for this job, it has more to do with them, it has nothing to do with me and my failure as a performer. It's just not the right fit for whatever reason. And so I really did give it my all.

And then I got the job and I was like well that was surprising!

What I will do is the best audition of my life. And then I can walk away from this career with pride- Samantha Bee

So that's so interesting you gave it your all but you were ready to walk away.

I wanted to walk away with my head held high. Actually I thought what a natural and wonderful way to exit this career to audition for a show that I wouldn't have thought in a million years would come to Canada looking for someone.

And my very favourite show that I was appointment viewing for me every day. And then look what happened.

I wonder what the dinner table conversation was like though with your husband it's like "Okay honey I'm getting out of this business." And then you come, "Oh by the way, I just got this great gig in New York."

I definitely thought it was a mistake. And so we kept our house in Toronto. And he stayed behind because he had a job or something like that. He had some acting work to do.

And so I thought, "well you stay behind, you keep the house going. I'll go. They'll probably fire me in six months. And then I'll just come home." I don't want to disrupt anything when this doesn't work out. It's so Canadian of me to be so pragmatic.