'Hopelessness is a luxury': Why Roxane Gay refuses to give up on the media | CBC Radio Loaded
Podcast News

'Hopelessness is a luxury': Why Roxane Gay refuses to give up on the media

Roxane Gay, author of the best-selling book "Bad Feminist", explains why representation matters in the media on the latest episode of Seat at the Table. 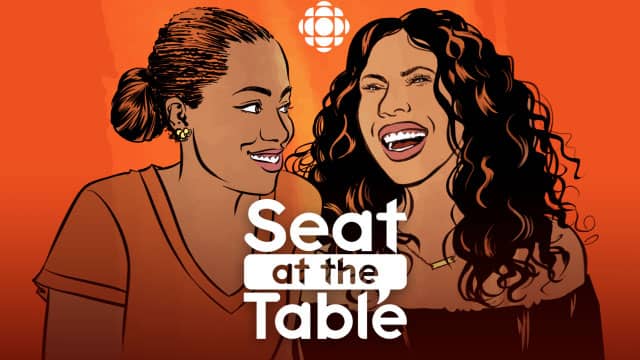 Seat at the Table44:37Being Black in Media with Roxane Gay

Racism across industries has dominated headlines this year, and the media itself was no exception.

Black media professionals have been speaking up like never before, detailing numerous issues from lack of representation and poor treatment in the newsroom, to the emotional toll of endlessly having to address racism.

In the season finale of Seat at the Table, co-hosts Martine St-Victor and Isabelle Racicot reflect on being Black in the media with Roxane Gay, New York Times opinion writer and author of the best-selling book Bad Feminist.

As crisis looms overs her country, Gay joined St-Victor and Racicot to talk about the added burden of proof imposed on Black people working in media, why she keeps fighting and what she believes will make a difference.

Here is part of their conversation, edited for length and clarity.

ISABELLE RACICOT: How would you describe the emotions that you've been going through in 2020?

ROXANE GAY: 2020 has been a year that has been entirely overwhelming and honestly, I feel really hopeless and helpless. And I know that's a luxury, but every time I open the news, I see how terrible things are, in literally every realm. Not only is it the political climate, it's the environment. And the country is burning. And there are floods and tornadoes and hurricanes. It just seems like maybe these are indeed the end times.

RACICOT: We wonder whether actual change is on the horizon, because we saw this dramatic moment where Black anchors and Black journalists were speaking out, sometimes even walking out of newsrooms. Can you recall a specific moment in the media where you started to feel that something meaningful might be happening?

GAY: I think it's been a slow burn, but I do think things have changed. The thing is, I think all of these things have happened, but they've only happened within Black media. White media are still doing the same bullshit they always do. And they still believe that there are both sides. There are no two sides to racism – either you're racist or you're not. Either you think people of colour are human or you don't. To see them entertain this and call it objectivity is so frustrating. And I do think that we have to have hope. We have to believe change is possible. Otherwise, what are we doing? But I don't know how we do it, how every day we still have hope that things will get better, when there's so much overwhelming evidence against it.

There are no two sides to racism. Either you're racist or you're not. Either you think people of colour are human or you don't.- Roxane Gay, best-selling author and cultural critic

MARTINE ST-VICTOR: How can the media take charge in this? What has to change in the newsroom, besides the obvious need for more diversity? Is there one thing, one important catalyst that is structural?

GAY: I honestly don't think it's possible. Just like I don't think police reform is possible. It has to be abolished and rebuilt. I just don't think you can reform corrupt systems. We see the news media is trying to diversify newsrooms, but what they consider diversity is bringing in one Black person. And then they don't do anything to think about inclusion and equity. They don't do anything to think about retention, so they set these people up for failure. So until people recognize exactly how much work is needed, I just don't know that it's possible to reform these systems. But it would be great to start with holding the media accountable for irresponsible writing and broadcasting and to say, "That's not okay."

ST-VICTOR: Publications like Vanity Fair and Bon Appétit have newly-appointed women of colour and Black women as their editors-in-chief. Does this give you hope, or do you think it's just cosmetic?

GAY: Oh, I don't think it's cosmetic at all. I think it's great. Though I think the better question is, how are they being supported? Are they being paid what their white male predecessors were being paid? How long of a runway will they get in order to succeed? You cannot set someone up for failure and then say, "If you don't hit our benchmarks within six months or a year, you're gone." You have to give people the resources to succeed.

RACICOT: Do you feel it's a burden to be a Black person working in the media, having to always be the one pointing out the problems in society?

GAY: Yeah, it is a burden. I'm lucky that I get to bear that burden and be compensated for it, but it's not enough. There's no amount of money that can give you enough energy to talk about racism, homophobia, misogyny, transphobia and all of these other bigotries without getting exhausted. You can't buy your way out of the emotional labour and the emotional toll that it takes. I'm tired of having to be this person, of being so sentient that whenever I see bigotry, I feel like, "Oh my God, are we not going to talk about this?"

RACICOT: You said [in a tweet]: "I don't know how black people are supposed to stay sane for the rest of the year or decade." Let's all hope, Roxane, that the light at the end of the tunnel will come much sooner than later.

GAY: I hope so, really. I hope that Americans vote Donald Trump out of office; I hope that he leaves peacefully; I hope that Joe Biden surprises us by turning out to be less of a centrist than he currently is and does some truly radical things, like instituting Medicare for All. If Donald Trump is re-elected, my wife and I are leaving this country. I've never said that before in my life, but I can't stay here and I just refuse. I will not continue to spend this much tax dollars on a country that does not believe I deserve to live, that my brothers, my parents and anyone who looks like me, deserves to live. I just won't do it.