5 questions with Marc Fennell, host of Stuff The British Stole

Marc Fennell, host of Stuff The British Stole, tells us a bit more about himself and the Australian series about looted goods that has captured a global audience. 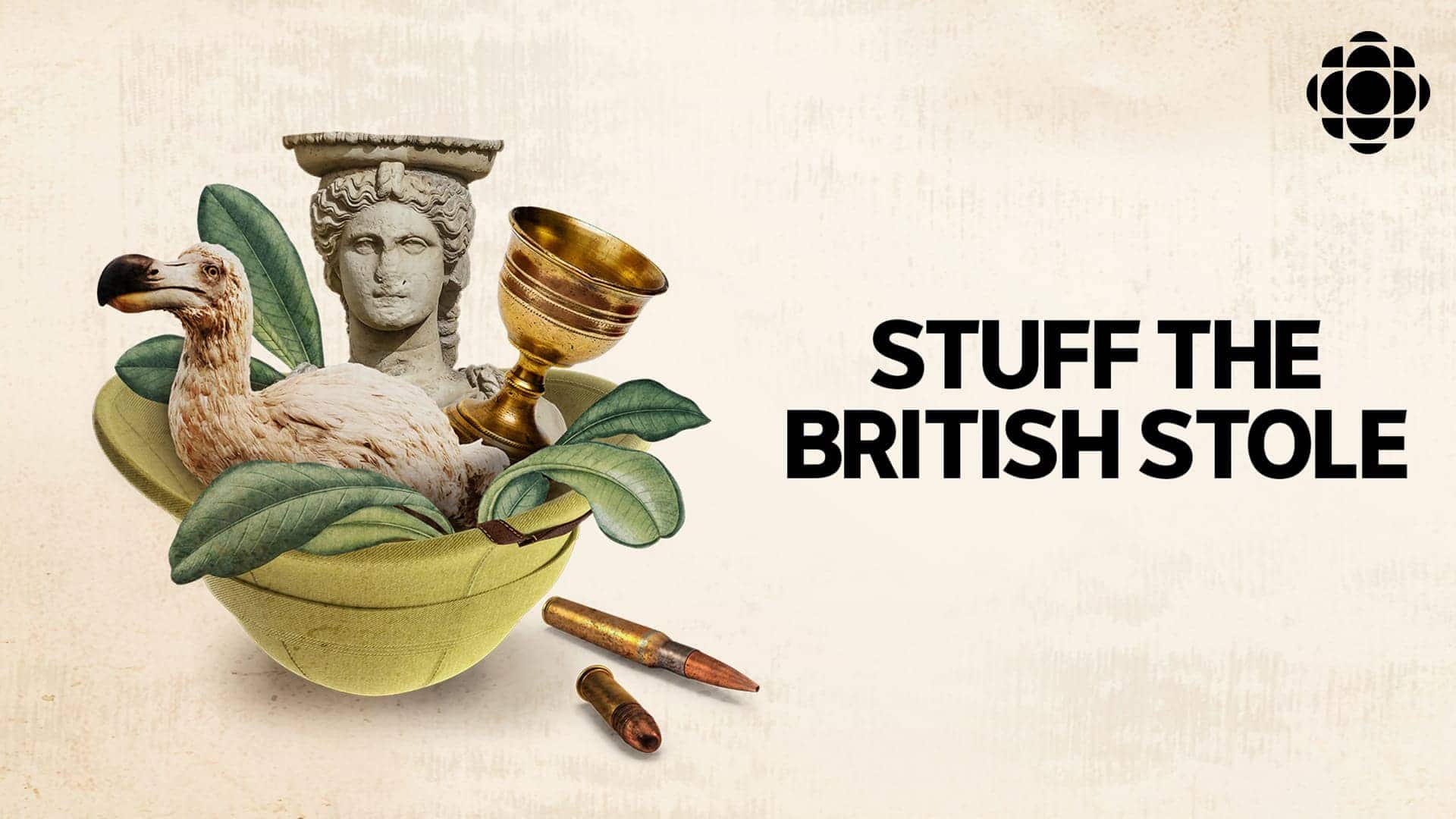 We're excited to share that CBC Podcasts has teamed up with ABC in Australia to deepen a great podcast's global impact — and, fortunately for us, Stuff The British Stole has already proven its resonance with listeners around the world.

In addition to rave reviews and international accolades, host Marc Fennell has received letters from international fans of the podcast, which tells the messy histories behind artifacts neatly displayed in U.K. museums and other institutions. Season one tracked precious items plundered from New Zealand, Nigeria, China, India and more, and listeners the world over heard their own cultures and colonial histories cast in a new light. And they wanted more.

We caught up with Marc to learn a bit more about the Australian (and Irish, Indo-Singaporean) creator of the show and the series itself.

Okay, so who is Marc Fennell really?

As soon as I work it out, I will let you know! I'm an accidental journalist. I started out as a film critic and ended up interviewing actors, musicians, and directors. I've sat down with Tom Cruise, Al Gore, Jennifer Lawrence, and all manner of fascinating types. That job taught me that I love creating a space where people feel comfortable sharing a slice of their life. Over the years I've been very lucky to be able to travel the world and make documentaries and podcasts. I investigated a $10 million heist of nuts from California and I was on the ground covering the Hong Kong Protests. I feel like a bit of a fraud most of the time but I genuinely love interviewing people and hearing their stories.

What inspired you to make Stuff The British Stole?

It started as a joke with a friend but then I happened to be in London a few years ago with a microphone and I started to ask the question of where all of these objects came from. After we started digging into a few of those histories it became apparent that these artifacts were the perfect vector to tell the story of a colonised world. So much loot — and suspected loot — has ended up in genteel institutions with polite plaques. But often the history is not so polite. And I think we're better off knowing the more complex version of history.

What surprised you most while making season one?

Every story is a lot more nuanced than you might expect. These tales rarely come with clear-cut good guys and bad guys. Our history is often messy and I think storytelling allows us to navigate that. It is really important to me that we treat historical crimes with the same journalistic rigour we would treat a modern crime. And that means that sometimes the evidence doesn't actually tell you what you want to hear. Often popular myths that have been passed down simply don't stack up.

Every story is a lot more nuanced than you might expect. These tales rarely come with clear-cut good guys and bad guys.

But what's important is to be really transparent about what we do know about the past and what we don't. And it's also important to talk to the people who were written out of the history books in the first place. I personally am the product of multiple colonized countries, and I want to hear about the legacy of that colonization from those whose lands and artifacts were taken. What is most alarming to me is how familiar some of those stories are from country to country. That's why I often say that this podcast series isn't actually about objects in museums. It's actually the story of us — those living in the wake of the British Empire — and how we ended up with this world, as told through these objects.

Can you tell us about some of the objects you'll explore in season two?

We set up an email address for people to email us questions in season one. We were inundated with literally hundreds of responses from Canada, Australia, The U.S.A and just about everywhere else. So, this season every single object we investigate has come from one of those listener's suggestion.

Some of the objects we debunk that they actually were stolen. All of them are wild.  We start with an abduction in Switzerland that reveals an illegally smuggled artifact from New Zealand. Then we're going to deal with arguably the British Museums most controversial exhibition. Then we're of to Ireland in pursuit of a Catholic relic that has never really been investigated in this way before. We explore the trading of a human being. That was a really tough one to navigate. It's such a dark moment in our history. And finally, we tackle a 17th-century murder mystery in paradise.

Has this series ruined museums for you?

No! I love museums. I just wish they were a little more, um, unvarnished in their descriptions of the past. But honestly, as we've made this series I've learned to approach those buildings differently. To me, they are mystery boxes waiting to be opened up. Every time we launch into one of these investigations, it's an opportunity to put a microphone in front of and listen to someone whose history needs to be heard.

That's the part of this series I love most, the chance to learn.

How to listen to Stuff The British Stole