World AIDS Day: 30 years on, HIV no longer a death sentence but stigma remains | CBC Radio Loaded
Out in the Open

‘We have a long way to go,’ says researcher and expert Dr. Paul Sandstrom 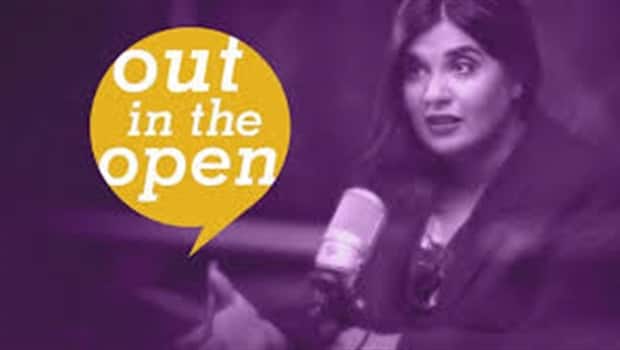 This story was originally published on December 1, 2018.

Vince Crisostomo bought presents for all his friends one Christmas back in the early 1990s, fearing he wouldn't be alive the following year.

The 28-year-old had been diagnosed with human immunodeficiency virus (HIV) in 1989 during a time when he was seeing people he loved die en masse from the illness it can cause, acquired immune deficiency syndrome (AIDS).

"So many of us didn't make it. We were in our 20s. When we should have been living, we were burying our friends," he told Out in the Open.

Doctors gave Crisostomo six months to live. Now, at 57, he's among the first generation of people to grow old with the virus, which presents a new set of unique challenges.

•  THE CURRENT:  What growing old looks like when you're living with HIV

"Back then, HIV/AIDS was considered a death sentence. Now it's considered to be a life sentence," said Dr. Paul Sandstrom, the director of the National HIV and Retrovirology Laboratory in Winnipeg for the Public Health Agency of Canada (PHAC).

Since then, HIV/AIDS has become more manageable and survivable thanks to life-saving anti-retroviral medication that was introduced in the mid-1990s.

An estimated 63,110 Canadians were HIV-positive at the end of 2016, according to a recent report by PHAC, which also says there is a new HIV infection in Canada every three hours.

Today, with adequate drugs, people living with HIV can avoid getting AIDS. Ongoing treatment can also suppress one's viral load — the amount of HIV detected in blood — significantly reducing the risk of transmitting the virus to another person to a negligible level.

Crisostomo's health improved after he started taking anti-retroviral drugs. But he now faces financial difficulty because he didn't save for a future he wasn't sure he'd have.

"Having lived my entire adult life, practically — because I've had HIV more years than not — I didn't plan. I didn't save money. I didn't create any retirement," he said.

Having lived my entire adult life, practically — because I've had HIV more years than not — I didn't save money. I didn't create any retirement.- Vince Crisostomo

"There's issues to do with HIV and aging — it's an area of focus in research right now for that reason," he said. "Because even though you're being treated and have a suppressed viral load, there are still issues with the infection, which causes problems as you get older."

"It's like building a bridge as you walk across it," Crisostomo said.

Ashley Rose Murphy, 20, has had HIV her entire life — she just didn't always know it.

When she was seven years old, Murphy's adoptive parents told her she was born with the virus, which she'd contracted from her birth mother. Then they told her not to tell anyone.

Murphy, however, had other plans.

Some parents said they didn't want Murphy to play with their kids or even go to the same school. One friend's parents told their daughter that if Murphy came over for a meal, she'd have to use disposable plates and cutlery.

"There's stigma around the way HIV/AIDS is transmitted," Sandstrom said.

You can't catch it by sharing cutlery or by touching a person with HIV or by any kind of casual, non-sexual contact.

Murphy said despite how much has changed medically in recent years, the stigma and discrimination is still so powerful it keeps many people quiet about their status.

She concedes it's not always fun to deal with side-effects from medications or to have to disclose her HIV status to a guy she's into. But the virus has also given her purpose. She now shares her story as a public speaker, to educate others about life with HIV.

Watch Murphy's TEDx talk "How to be extraordinary":

Not a manageable disease for everyone

While HIV/AIDS is more manageable today for many, Valerie Nicholson said that's not the case for everyone.

When she was diagnosed in 2006, Nicholson was living on the street in Vancouver's Downtown Eastside and addicted to hard drugs. She'd heard about the HIV/AIDS epidemic of the 1980s but didn't know much about it.

"I still thought it was a death sentence," she said.

After her diagnosis, she fell into a "dark hole." Rather than seek treatment, she doubled down on her self-destructive behaviours.

Nicholson credits the Positive Women's Network of Vancouver with helping her turn things around. It was a non-profit support group for women living with HIV.

"I was just welcomed with a room full of women having lunch that were all living with HIV, introducing themselves and getting hugs," she said. "I can't explain the feeling. It was just like, 'I'm going to be OK.'"

•  1 in 5 Canadians infected with HIV doesn't know it

The Positive Women's Network shut down last year. It was one of many organizations to close after the federal government shifted funding away from groups providing HIV/AIDS support and toward those working on prevention.

"I was angry that I wouldn't be able to walk through those doors again," she said. Nicholson feels she's now back on her feet, but she's worried about what will happen to other women who aren't able to find support.

Sandstrom stressed the need to engage marginalized populations in a way that allows for testing to be done outside of the traditional — and largely inaccessible — laboratory setting.

"We need innovative approaches to break down those barriers."

Until this can happen, he said, there will continue to be Canadians with HIV who are unaware of their status.

"People feel that because it's treatable, the problem has been solved. That really isn't the case," Sandstrom said.

"The epidemic is not ended," he said. "We have a long way to go.