Sheena Thomas was the first in her family to attend post secondary school. Along with never having seen a syllabus before, she had to navigate the pressure and the isolation of being the first.

Along with never having seen a syllabus before, Sheena Thomas had to navigate the pressure of being first 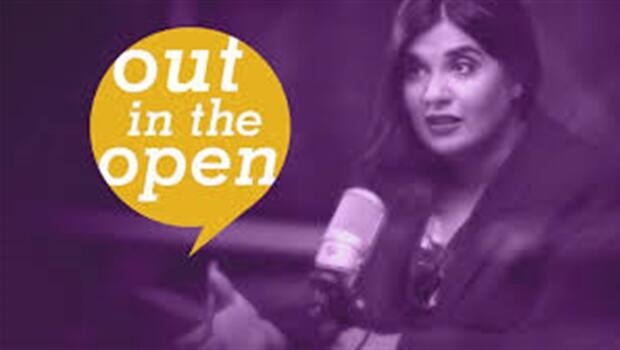 Out In The Open8:33The exhilaration and isolation of being the first family member to attend university

Sheena Thomas didn't want to struggle the way her family did growing up. She said she didn't want to have to choose between buying groceries or paying for gas.

"And I mean no disrespect. I think my parents, they'll understand when I say that."

As the middle child of four, Thomas was 17-years-old when she became the first in her family to attend post-secondary school.

"I needed to propel myself in a direction that I could help them and I could experience something different for myself."

Thomas said that doesn't mean forgetting where she came from or the foundation that was laid for her.

"There's a certain grit and determination and character that comes with coming from where I've come from. And forging my own way was honouring that but also distinguishing from that..."

"I've never seen a course outline or syllabus before and no one in my family had ever encountered them. So, nobody else has experienced what you're experiencing and you have no one to help guide you through [it]."

There was also pressure in being the first.

"All of their accolades and all of the attention that was garnered on me for being the first, when they spoke to their friends or other family members, really sort of put me in this box of, 'Wow, Sheena. You better succeed because if you don't succeed, you're letting down all of these people."

And, for Thomas, isolation was a part of the experience too. She feared getting an education might change her relationship with the rest of her family.

"I felt that they felt I was better than them. Or that I was going to succeed and they weren't, or their success wasn't as worthy because they didn't have the same education behind them...It really kind of put up a bit of a wall.

"It was isolating and it made me second guess, not only where I was coming from, but who I was turning into."

Despite various challenges, the day she graduated with her family there to support her made everything worth it.

"It really hit home for me at convocation that I made it. They're proud of me. I need to take a second and be proud of myself."

Sheena graduated from Nipissing University in 2008 and said now others in her family won't have to be the first.

"I remember being in tears at convocation. I mean, not letting them fall. But, definitely experiencing that, 'Wow, I did it and now someone in this family has done it. And I've set the stage."

Thomas' sister later went on to post-secondary school too.

"We actually share space on my parents' dining room wall in our grad gowns. Our portraits are hanging proudly."