Drugs: What's race got to do with it? | CBC Radio Loaded
On Drugs

Drugs: What's race got to do with it?

The history of drug policy, enforcement and perception is marred by colonialism and racial prejudice 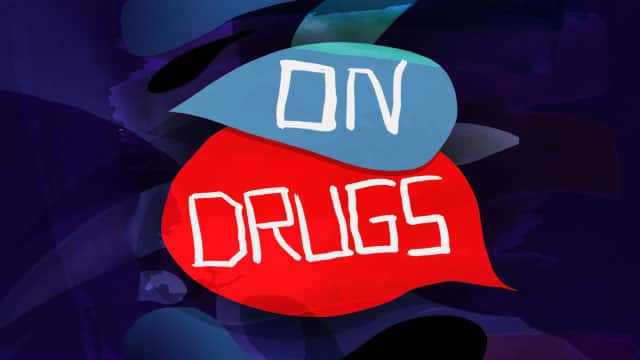 Back in 1907 William Lyon Mackenzie King, then deputy minister of labour, was dispatched to Vancouver to investigate a racist riot that had broken out in the city's Chinatown neighbourhood.

Upon arrival, he found Chinese and Japanese property owners demanding reparations. But when he returned to Ottawa, what he saw in Vancouver inspired him to draft Canada's first major drug law — the Opium Act of 1908.

As University of British Columbia historian Henry Yu explains, the opium trade was carefully used to portray the Chinese community as an outside threat.

"That became one of the vehicles for organizing Asian exclusion, for targeting Chinese as immoral — targeting the negative effects of drugs on those who were different."

While the Chinese were being blamed for bringing opium to Canada's doorstep, it was the mighty British colonial empire that was harvesting, refining and selling the drug on a massive scale.

The British controlled vast poppy fields in South Asia — and soon discovered that making opium in India and shipping it to China made for very profitable business.

As the drug began to flood into China, wreaking havoc on the economy and society, Chinese authorities attempted to shut it down by boarding British ships and destroying opium shipments.

The British army responded by arresting those responsible and seizing harbours, ports, and cities along China's coast and up the Pearl River.

Their souls flicker away in the light of the opium lamp."- Yan Fu

The opium shipments soon resumed —and by the end of the 19th century, millions of Chinese people were addicted.

Yan Fu, a scholar and newspaper writer, wrote at the time: "Their lives fall drop by drop into the opium box, and their souls flicker away in the light of the opium lamp."

Policies propped up on prejudice

In Canada, you can't talk about the complex dynamics of drugs and race without addressing the issue of Indigenous people and alcohol.

While off-reserve prohibitions were lifted across the country in 1970 — it wasn't until 15 years later that the restrictions around alcohol reserve were completely scrubbed from the act.

In 1987, an episode the CBC documentary program "Man Alive" profiled the First Nation community that was then known as Alkali Lake. Nestled deep in British Columbia's interior, about 40 kilometres south of Williams Lake, the community was known for its struggles with alcoholism.

The documentary tracked a major turnaround in the community — but also reinforced some problematic notions from that time regarding the reasons Indigenous people were turning to alcohol.

5 years ago
Duration 27:23
A 1987 episode of the CBC Television program, Man Alive, tells the story of the Alkali Lake First Nation and the struggles the community had with alcohol 27:23

"I very much reject ideas where First Nations people are cast as genetically inferior — that they have a genetic predisposition to say diabetes or alcoholism."

"We see Indigenous people around the world, who are not genetically similar, but they live in the same social conditions, and they seem to have these same chronic diseases that are a part of their colonial legacy."

South of the border, the appearance of crack cocaine in the eighties ushered in a new phase in the U.S.'s seemingly never ending war on drugs.

People who were caught with just a small amount of crack cocaine would go to jail for a minimum of five years. In order to trigger the same penalty for powdered cocaine, you would need to be caught with one hundred times as much of the drug.

Adding to this dynamic, more than 80 per cent of the people prosecuted under these laws were black — even though they didn't make up the majority of crack dealers and users, according to Hart.

"Law enforcement put their resources in black communities in order to arrest black folks ... and that's precisely what happened," he said.

What followed was a crisis of mass incarceration, reinforcing a commonly believed trope about absent black male role models, and supporting previously held ideas about moral weakness in black men.

"When you associate crack cocaine with black people — a vilified group — and then you describe horrible acts that these drug users commit while they're using this drug, you can see how people equate the two, and they vilify both," said Hart.

Listen to the full episode, Drugs: What's race got to do with it?, and subscribe to the podcast.