Sara Dhooma suffered from a pulmonary embolism and nearly died. She decided to quit her job and hike on various trails around the world before another episode hits. But leaving her life behind to knock items off her bucket list isn't always easy for the people who love her.

Sara Dhooma is on a journey after a pulmonary embolism, but her travels means leaving her family behind 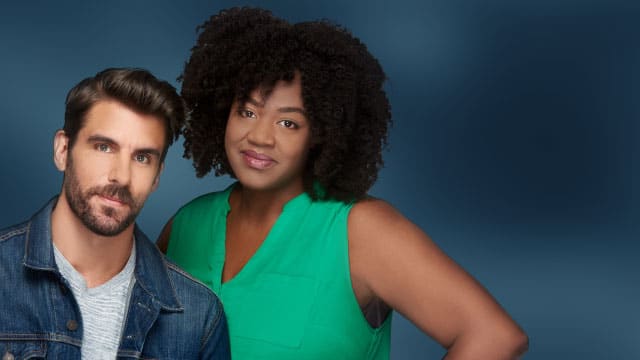 Now or Never15:59How a life-threatening condition transformed this mild-mannered office worker into a globetrotting hiker

A few hours after Sara Dhooma collapsed at a bus station and nearly died, she decided she needed to make a major change.

"I was just in shock because I thought this kind of thing happens to other people, older people, not myself," she remembers thinking after a doctor told her that she suffered a pulmonary embolism: her lungs were filled with blood clots.

That first night in the hospital, the 34-year-old office administrator from Kitchener, Ont., thought about what she really wanted to do with her life. She loved to travel, and hiking on remote trails in particular was where she felt the most alive. She vowed that as soon as she was healthy enough she would put on her lightweight hiking shoes and hit the trail — any trail — as soon as she could.

"I'm not going to wait until I'm retired — because what if I don't make it to retirement?"

The clot in her leg that travelled to her lungs was unprovoked — the scariest kind since she can't stop another one from forming. Doctors say her life expectancy has shrunk, so now she's knocking as many trails off her bucket-list before it's too late.

Three years later, and Dhooma has quit her job of 16 years and spends most of her time on the road.

Her thirst for adventure and risk grew as she hopped around the globe, hiking in Morocco, New Zealand, an abandoned volcanic patch in the Dominican Republic, several sections of the Camino Trail in Spain and even North Korea.

"When I told people I booked a trip to North Korea there was a lot of backlash from my friends and my peers thinking, 'Why would you do that?'"

That included her husband Daryl Smith, who tentatively suggested a trip to the totalitarian state may not be very safe.

"She was determined to do it," Smith remembers.

"I think it kind of fuels me," countered Dhooma. "When people start talking about dangerous or unusual or hard to get to places, I'm like, 'That's where I want to go next.'"

4 years ago
Duration 1:07
Watch as hiker Sara Dhooma navigate angry bees - one of the many hazards on the Pacific Crest Trail.

Fulfilling her dreams of hiking around the world came with a cost to her family. Just in the past year Dhooma had missed important milestones: the birth of her niece, her brother's wedding, her husband's 40th birthday and her 10-year wedding anniversary.

"The more I saw her videos and talked to her ... I could see what was happening and I assumed that she wasn't going to come back," Daryl remembers thinking as his 40th birthday loomed this past August.

"It does sting a little bit."

Although she says she's happier on her own in the wilderness, Dhooma is sympathetic to how her absences affect her husband.

"We do video chat when it's possible, but it's different than having someone there that you can give a hug to," she said.

For now, Smith is content to watch his wife's adventures from afar, and occasionally join her.

"I really feel that Sara is doing exactly what she wants to do, so I'm happy about that," he insists.

"We're very solid in our marriage ... I would love to see her more obviously with how much traveling she does, but, yeah I think I'm starting to get it."

'It makes me feel powerful'

In March 2017, Dhooma decided to take her hiking to the next level. She set out carrying a pack filled with instant mashed potatoes, two pairs of underwear and three pairs of hiking shoes and fulfilled her dream of completing the Pacific Crest Trail (PCT) — a six-month, 4,270-km hike along the west coast of the United States, from Mexico to Canada.

On that trail she said she felt truly alive.

"When you're at the top of a pass and you look out, all you see is more mountains ahead of you. You don't see any roads, you don't see any sign of civilization — just trees, Alpine lakes, rocks, rivers and maybe some cute marmots," she said.

"It makes me feel powerful."

4 years ago
Duration 0:33
Watch hiker Sara Dhooma just moments after she almost falls off a snowy mountain in California while hiking the PCT.

That hike also tested Dhooma in a way no other trail had.

She was alone traversing Etna Mountain in California when she slipped and started falling down a snowy slope.

She quickly turned on her belly and dug her hiking poles into the snow as hard as she could.

"The poles bent almost at a right angle because of my weight, totally bent and I was hanging there," Dhooma said. "I was like, 'Well there's no help anywhere. You've got to get through this yourself.'"

She started kicking her feet into the snow and slowly climbed back up to the trail.

"After it happened ... I was no longer that afraid of falling, because I knew in that situation I would be able to cope and I wouldn't panic," she said.

"Something bad that happened actually made me a stronger hiker on the trail."