Why this new Canadian is trying to change his Ukrainian accent

31-year-old Ivan Duka speaks three languages and is looking for work — but he's worried that his Ukrainian accent might get in the way. 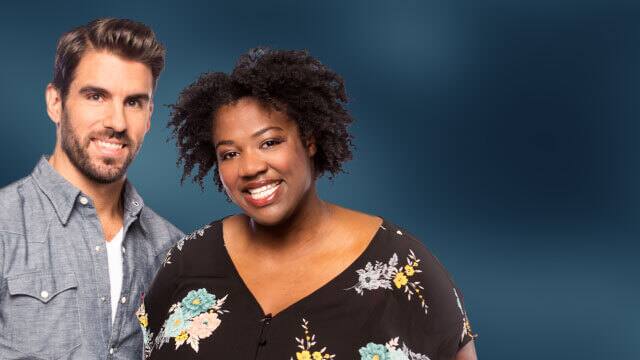 Now or Never4:47Why this new Canadian is trying to change his Ukrainian accent

When Ivan Duka came to Canada in July of 2016, he chose Winnipeg because of its large Ukrainian population.

"I read that out of every eight people you meet in Winnipeg, one will be Ukrainian," he said.

Duka completed a diploma program at the University of Winnipeg earlier this year — and now he needs a job. But Duka is worried that his strong accent will get in the way.

The 31-year-old speaks Ukrainian and Russian. He taught himself to speak English three years ago by reading and watching English movies with Russian subtitles.

Duka says there was one moment when he realized he wanted to change the way he spoke. He was buying a computer from somebody through Kijiji. Afterwards, he shook hands with the man who sold him the computer — who then told Duka that he himself was Russian. Duka was shocked.

"I couldn't tell by any subtle thing that he had a Russian accent," he said. From that day on, Duka became determined to acquire his own "Canadian" accent.

So he signed up for lessons with Luella Jonk, a registered speech language pathologist in Winnipeg. She specializes in accent modification, voice therapy and counseling.

"He's an amazing student. I could tell as soon as Ivan walked in through the door, I thought, 'this guy means business'," said Jonk.

"Initially I came with this problem with the 'L' sound which I was struggling with," explained Duka. "I realized that in order to better integrate into society, in order to get better job, I have to work on my pronunciation."

Duka uses online tools at Jonk's sessions, and practices when he returns home.

"I'm sitting in front of the computer. I'm putting my earphones on," he said. "And I'm just repeating after this online website of Luella's — words, phrases, sounds and so on."

Ideally Duka would like a job working as a project manager for a large insurance or finance company. He hopes a more "Canadian" accent will help get him there.

"I believe that someday that I will speak Canadian the way that Canadians speak it."