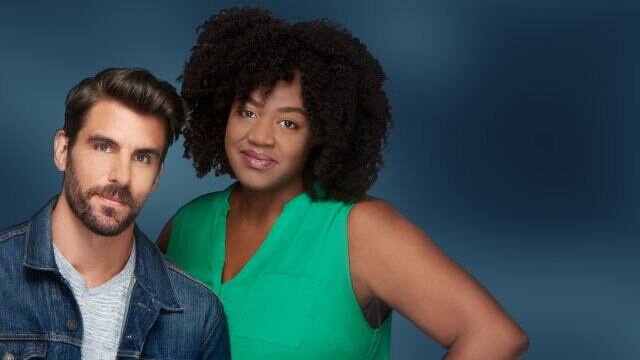 Now or Never9:27How this homesteading couple is making the most of their isolated life during a pandemic

Norm Carlson and Aedes Scheer have been living in self-prescribed isolation for the last two years in the Yukon wilderness.

Carlson used to work a desk job, but in 2016, moved to a cabin located more than 100 kilometres down the Yukon River from Dawson City, Yukon.

Scheer joined him two years later to escape the "unhealthy" number of hours she was working as a doctor.

While their life is a remote one, Scheer continues to work part time as a doctor in Inuvik, N.W.T. During normal circumstances, the couple travels occasionally to Eagle, Alaska or Dawson City, Yukon, to restock on essential and non-perishable supplies.

But amidst the COVID-19 pandemic, they're making unique preparations in case the illness reaches them.

"This time of the year, the trail is good so we have a few more visitors. I'm always sort of mentally chalking off on the calendar when we should be surveilling for symptoms," said Scheer.

"If I come home with the virus after my next locum, I have the choice of the guest cabin or the wall tent."

'Sure cure for cabin fever'

The married couple spend as much time as possible outside chopping firewood, hunting and fishing and maintaining a growing garden and greenhouse in the summer months. They have no phone, but do have an internet connection and a new sauna.

"Make sure you get fresh air and exercise and you'll feel better when you do go back inside," Carlson said. "The sure cure for cabin fever: make your bed everyday, do your dishes everyday, keep your space tidy ... exercise, these things are key," added Scheer.

Carlson and Scheer credit local trappers and dog mushers for much of their knowledge and strategies for surviving happily in a state of isolation. The couple have also delighted in the things they've come to learn about each other from spending so much time alone.

"I have a real appreciation for how strong Norm is. He just astounds me, his physical strength. Picking up a hind quarter of moose and packing it on his back out of a slew," said Scheer. "He's my strong man."

The couple have spent years preparing for and learning to love this kind of lifestyle, and didn't have a version of isolated living thrust on them like people around the world do today. Still, they encourage people to search for the hidden benefits of the current circumstances as a way to cope.

"Don't focus on all the imagined bad things," said Scheer.

"There can be unknown positive things that come from this, too. You just can't know.  So just one day at a time, one foot after another, all those sayings, and you'll get through it."