'Damn right I can': Achieving body positivity in a fatphobic world 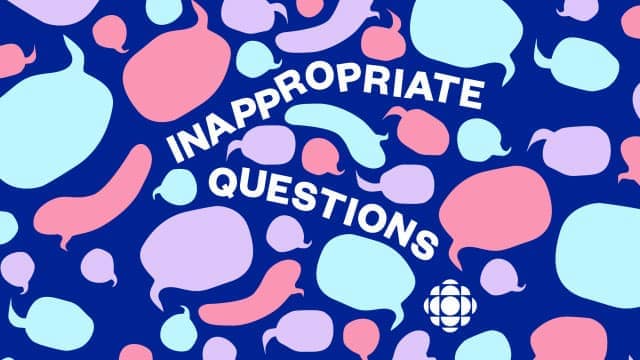 Find the transcript for this episode here.

Ivory is many things: model, fire-breather stage performer, former athlete. She's also a plus-sized woman who has spent years developing strategies to love her body in the face of fatphobia.

"I am a mixed race, six-foot dragon lady … and a whole lot of woman," she told CBC Podcasts' Inappropriate Questions.

Ivory, a founding member of The Succulent Six, a group that promotes plus-sized positivity, shared her expert insight about how to embrace your body and promote a fat-friendly culture.

"Fat" is a word that comes with a lot of historical baggage, a word Ivory says has become weaponized to shame plus-sized bodies.

"Growing up fat, your weight is often the topic of discussions that it should never be part of. And people feel the right to be able to comment on you and your worth and your size.

"It's used to describe you as less than because you're more than," she said.

But Ivory and others in her body-positive community have made an effort to reclaim the word fat in order to redefine its connotations and diffuse its malicious power.

"It is a loaded word and it is also just a plain descriptor. And I think the more that you disassociate it from the pain that it may have caused, the easier it is to sort of reframe what that word can mean to you."

But when it comes to interacting with other people, Ivory says weight shouldn't be addressed without sensitivity.

"I just kind of don't comment on people's weight at all.

"It's weird because we have no problem being like 'You cut your hair, looks great.' So I guess 'you lost weight, it looks great' seems like an okay-zone, but you have to understand the context that happens behind that."

Ivory says we need to actively resist the myth that a person's weight indicates health, and as a plus-sized woman who goes to the gym 5 days a week—she points to herself as proof of this fallacy.

"I have been a competitive gymnast. I was in soccer, badminton, skiing since I could stand. I'm an equestrian, I ride every single weekend. I can squat 380 pounds."

"If you were using that same lens of looking at body size as an indicator of health you'd assume the fat girl can't do it, right? Damn right I can."

Ivory says we should beware of "concern trolling," people who veil their prejudices of a marginalized group (in this case, plus-sized people) with worry.

"So 'I have nothing against fat people, I'm just worried about her health,'" explains Ivory. "It's B.S. because at the end of the day, you don't see people saying that about straight-sized humans."

We can legitimately hope to encourage a more healthy lifestyle for a loved one, but that doesn't necessitate or justify saying damaging things about their body, says Ivory.

This follows her belief that quality of life entails so much more than a person's body. Supporting our mental health and finding a balance that works for you are equally important. She refers to this approach as "whole body health."

"What are ways that you can keep your family member feeling whole? It's not a matter of you sitting down and going 'I'm concerned that your weight is affecting your health.' It's like, 'hey, let's go for a walk together'."

"At the same time, at some point we have to butt out."

Not every day is a body positive day

When it comes to acquiring that ever elusive body-positivity, Ivory recommends looking beyond  mainstream representation for inspiration.

"We've got big companies who are co-opting [body-positivity] and still whittling it down and marketing it and packaging it back to us in a form that is twisted from its original."

"I love seeing Dove get on board and do their campaign for real beauty and really casting more diverse models, more diverse body types. But they're still airbrushing things. Body positivity is about loving all of yourself, flaws and all, imperfections and all."

Ivory says the first step to body positivity is acceptance, or what some people call "body neutrality."

She says you don't make the leap from self-hatred to positivity over night—you have to get to neutral first.

"I'm 99 per cent body-positive with my body. If my stomach's hanging out more, if I'm getting new stretch marks … I'm just embracing it. But there are days that I even find myself getting negative on myself and it might just be body neutral that day, but at least I can get to neutral rather than to body-hatred."

The best boost you can give yourself is the support of others who love you exactly as you are, says Ivory.

She said the most incredible self-love she found was through locating "her people" in the queer community.

"I have a couple of different friends whose favorite thing is the thing that I used to think everybody would hate … bulges. There's a kink for everything, right? If you can learn that and make space for that then you can recognize that there's space for your own unique beauty to be important and to be worthy."

Want to keep up with Inappropriate Questions? Listen for free on your favourite podcast app.