With the world in crisis, what's an intellectual to do? | CBC Radio Loaded
Ideas

With the world in crisis, what's an intellectual to do?

In 1919, Romain Rolland wrote the Declaration of the Independence of the Mind as a call to intellectuals to rise above division, censorship and nationalism of their day. Nahlah Ayed speaks to Canadian and international thinkers to consider the role of the intellectual today, and to rewrite the declaration for our own post-truth moment.

A manifesto for our times, inspired by century-old declaration signed by Einstein and other leading thinkers 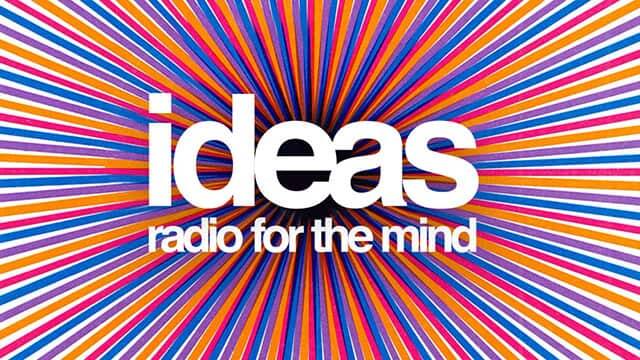 Ideas53:59Common Good | Declaration for the Independence of the Mind

What is the duty of intellectuals — our scholars, authors and artists — at a time of social division and global crises?

In the first spring after the First World War, French novelist and essayist Romain Rolland began writing what he called Declaration of the Independence of the Mind: a document aimed at healing the rift among intellectuals divided by war, and re-establishing the primacy of truth over and above any national or ideological border.

We owe much to our countries of origin. That doesn't mean our allegiances as intellectuals stop at our borders.- Jennifer Welsh, director of the Centre for International Peace and Security Studies

Later that year, and despite some reservations, it was signed by the likes of Albert Einstein and published on the front page of L'Humanite, a socialist French newspaper.

More than a century later, the world navigates a different kind of international crisis, one that has nevertheless also brought death and widespread economic devastation and isolation, as well as a new brand of ultra-nationalism that has divided the world anew.

IDEAS invited three contemporary thinkers to contemplate the role of the intellectual today, and contribute their thoughts to an updated declaration for the 21st century: Kamal Al-Solaylee, author and Ryerson University Professor; Carlo Rovelli, theoretical physicist and cultural commentator, and Jennifer Welsh, director of the Centre for International Peace and Security Studies at McGill University. Their contributions are below.

The original document was the culmination of years of Romain Rolland's writing, according to Antoinette Blum, professor Emerita of French at City University of New York. She's published extensively on Romain Rolland, and has edited two books from his mountain of correspondence.

"He was going to be the conscience of the people, [and] of the intellectuals and remind them of the ideals that had been betrayed," Blum told IDEAS host Nahlah Ayed.

Romain would later become an admirer of Joseph Stalin and would be severely criticized by some of his contemporaries as a result. But in the First World War Rolland refused to lend his name to any political movement, and in so doing was labelled both a pacifist, and a traitor.

In Romain's world, said Blum, "The intellectual … does not serve any government, but he enters the public sphere at different moments of crisis."

In his original text, Rolland calls on intellectuals to put aside their differences, noting that many of them had put their work at the service of their governments during the war.

"Our role, our duty is to be a centre of stability, to point out the pole star, amid the whirlwind of passions in the night," he writes in the declaration.

"Truth only do we honour; truth that is free, frontierless, limitless; truth that knows naught of the prejudices of race or caste. Not that we lack interest in humanity. For humanity we work, but for humanity as a whole."

Jennifer Welsh, director of the Centre for International Peace and Security Studies at McGill University, echoed the need for international cooperation in our current moment.

"We owe much to our countries of origin. That doesn't mean our allegiances as intellectuals stop at our borders," she said in an interview from Montreal.

"So when we think about how to build solutions, how to improve the condition of humanity writ large, we have to be doing that in concert with intellectuals and thinkers around the world and not just within a national or regional context."

Jennifer Welsh, director of the Centre for International Peace and Security Studies at McGill University

"The COVID-19 pandemic is the most significant global crisis since the beginning of the 21 st Century, with effects stretching beyond infectious disease and the economy, to our environment, political systems, social relationships, cultural reference points, and sense of psychological well-being. From this widespread devastation and upheaval, from which all countries are wounded and struggling to recover, intellectuals and artists around the world must contribute to regeneration and a renewed sense of the vulnerability, but also promise, of common humanity.

"Despite the very essence of a global pandemic — which knows no borders and cannot be fully contained anywhere until it is contained everywhere — the overwhelming response was national. Countries retreated inward, hoarded and imposed export controls on vital supplies and equipment, and competed to procure vaccines for their own populations. The agreements we had forged and the institutions we had painstakingly constructed in response to past crises were ignored, overridden, or plagued by national and geopolitical rivalry. The catastrophic failure to cooperate, and to share the burden, was not only a political matter, but an ethical one.

"As public thinkers and artistic creators, we have tried to make sense of the pandemic's impact on human activity and the human experience. Our role must be to question the rush to judgment about what it means, and how societies should respond. We must raise our voices above the chaos of blame and recrimination to look for credible and sustainable solutions.

"While COVID-19 has brought unsettling and, in some cases, welcome change, it has also revealed, in vivid colour, pre-existing inequalities and pathologies that were dividing the human family as well as amplified worrying trends that were already threatening global peace, equitable economic development, and social cohesion.

"Will this crisis provide the catalyst for progress? History tells us that not all cataclysmic events lead to positive transformations of our economic, social and political orders. It is much easier to generate discontent against an old system than to build a clear consensus on a new way forward. Without a clear purpose and a unifying vision, opposing factions will quickly fall into new infighting. The psychological need for certainty and fear of change will tempt populations to gravitate to pre-existing and ideas and paradigms — even when evidence seems to suggest they are no longer fit for purpose.

"As we are beholden to no master, or particular vested interest, let us dare to argue against those promoting narratives that uphold the old order that divides humanity. Let us have common humanity and solidarity as our goals and reference points. Through the productive and free interplay of our ideas, and new courage to stand behind them, let us ensure that COVID-19 is an opportunity seized rather than an opportunity missed."

"Artists, thinkers (and TV pundits and Twitter threaders) around the world must free themselves from the constraints of a universal standard by which they judge each other and those around them. Like its offspring, objectivity and free speech, universality is too blunt an instrument for the current moment and the one waiting to emerge from it.

"As the pandemic has shown, people living in communities divided by a single digit or one letter in their postal codes experience  a 'universal' health hazard differently, depending on class, gender and race. Those whose voices reach a wide audience must expose, champion and, whenever possible, resolve peoples' specific experiences of inequities and exclusion if we are to proceed, cautiously and with caveats, to the pan-humanist, cross-border, post-race, anti-nationalist world of the Declaration."

"The risk of increasing international conflictuality is concrete.  A global political trend towards nationalism and towards prioritizing local interests over global cooperation is strong.  The self-righteous temptation to consider our own country, political system, ideology, religion, as the only good one, is widespread, is often hypocritical cover for local interests, and generates confrontation.  Humankind is facing global risks and challenges: environment crisis, wars, spiraling economic inequality, colossal nuclear armaments. These can only be met by placing the common good above particular interests.

"We call on the all forms of scientific, literary, artistic, philosophical, creative and political intelligence, to all thinking minds of the planet, to collaborate to generate a climate of collaboration above competition, respect of the richness that is the multiplicity of our differences and opinions, and recognize that it is by valuing the natural sense of brotherhood, sisterhood and and fraternity among the entirety of humankind, that we can build a better future. By working together, each contributing with her or his skills, rather than being trapped into our own particular interest, political ideology, religion, nation, family, we can face the grave challenges in front of us and realise a better future."

*Transcript has been edited for clarity and length.

What else would you include in a declaration for the 21st century? Please send us your submissions! Email us: ideas(at)cbc.ca.

Jennifer Welsh is director of the Centre for International Peace and Security Studies at McGill University.

Kamal al-Solaylee is an author and Ryerson University professor.

Carlo Rovelli is a physicist and cultural commentator.

Antoinette Blum is professor Emerita of French at the City University of New York.


*This episode was produced by Nahlah Ayed and Greg Kelly, with assistance from Menaka Raman-Wilms.