Paul Kennedy is retiring at the end of June after 40 years with the CBC — 20 of those years as the iconic voice of IDEAS. The host and documentary-maker is set to start his next adventure and passes the baton to Nahlah Ayed, the new host of IDEAS, who begins in September.

'Thank you, Paul. You made me more aware of the world,' writes a listener.

You know him as the warm baritone voice who has presented IDEAS for 20 years.

We know him as our endlessly curious and friendly colleague. So while it will be a transition for all, the time has come.

CBC host and documentary-maker Paul Kennedy is emerging from his colourful little office full of books and awards, to rejoin the wider world on a full-time basis. At the end of June, Paul is retiring from the CBC, and handing the IDEAS baton off to Nahlah Ayed in September.

However, when Paul is actually leaving his CBC office is yet to be determined. As you can see in this video, his office stocked full of treasures and memories will take some time to get through. 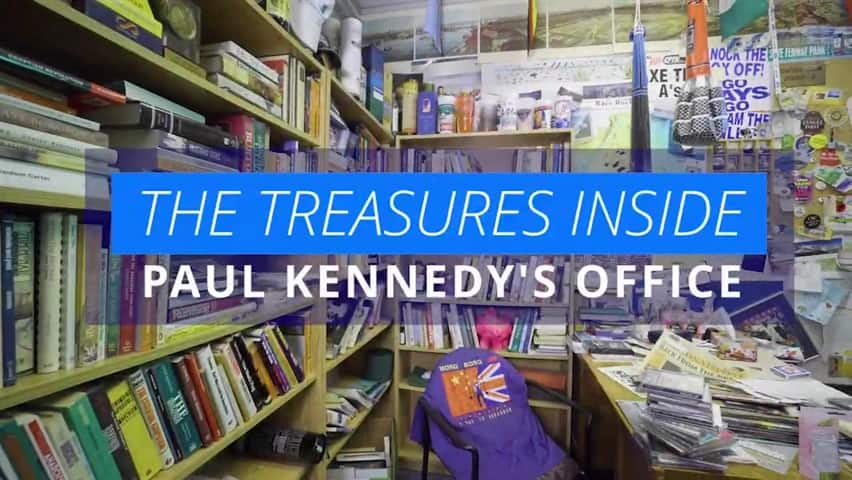 A tour of Paul Kennedy's office

But rest assured you can still hear the voice you've come to trust and love as as Paul presents a week of special programming. He looks back at his 40 years at the CBC revisiting memorable moments on the program, as well as documentaries he's produced.

And throughout the summer you will still hear his iconic opening to the program: "I'm Paul Kennedy. And this is IDEAS."

Paul leaves the U of T for the CBC

What will Paul do with more free time? Inevitably, and naturally, he'll keep on thinking and exploring — a habit that goes back more than 40 years.

As a kid from blue-collar St. Catharines, Ontario,  Paul earned a B.A. from Queen's University, where he won a scholarship to St. Andrew's in Scotland, and went on to do his MLitt at the University of Edinburgh.

In 1977, after a disagreement over his University of Toronto doctoral thesis, Paul walked out of the ivory tower and straight over to the red brick offices of the Canadian Broadcasting Corporation on Toronto's Jarvis Street.

So began a 22-year stint as a freelancer with the CBC Radio. Paul found himself behind the mic at every kind of CBC show, from classical music and arts programs like Stereo Morning and The Arts Tonight, to talk and current affairs shows such as Morningside and As It Happens.

He enjoyed the freedom of freelancing, as well as the opportunity to travel the country and the world, both literally and intellectually.

Paul's first and last CBC staff job started in 1999, when he was named host of IDEAS — a prospect that had surely not entered Paul's mind when he contributed his very first documentary (on the fur trade) to the show in 1977. 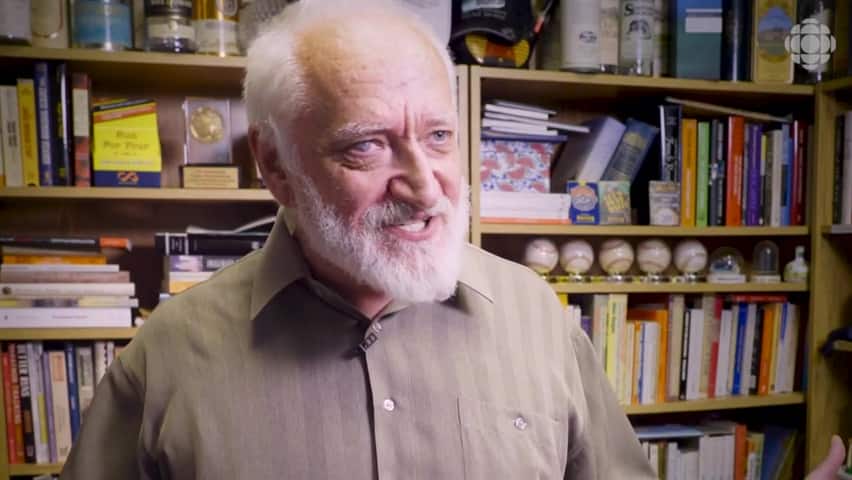 An incredible story behind "Nominating Leonard Cohen for a Nobel Prize."

2 years ago
6:13
An incredible story behind "Nominating Leonard Cohen for a Nobel Prize." 6:13

'IDEAS gave me an education of the highest degree'

It's rare for someone to combine the roles of both host and producer, but Paul is celebrated for both.  As his colleagues will attest, Paul Kennedy is down to earth and approachable, eager to understand and prioritize the thinking of everyone he speaks with.

He sees himself primarily as a storyteller, and has a rare gift for engaging listeners profoundly.

IDEAS was a part of my commute for more than a decade.  I get pretty choked up as I contemplate how important IDEAS was to me, and how it helped get me through the drudgery of factory life. Though I only completed grade 10, IDEAS gave me an education of the highest degree.

Thank you, Paul. You made me more aware of the world and made me a better citizen.

Paul listens to his guests, actively and empathetically with not only a sharp mind, but also an open heart.

Throughout his career, he's leveraged his remarkable range of interests and passions into programs.

No list could be exhaustive, but a sampling would include his documentaries on: historical biography, whisky, Indigenous history, baseball, classical music, and literature — what he calls "the core curriculum of contemporary culture."

Looking back 40 years this week on IDEAS

The first program draws on 10 years of moderating the Muskoka Summit on the Environment. Paul speaks with three thinkers, Henry Lickers, Nadia Mykytczuk and Ed Burtynsky​​​​​​, onstage at the Glenn Gould Studio in Toronto to discuss hope in the era of climate crisis.

Paul also revisits a show he did with Ken Lyotier. Their paths crossed in the 1990s in Vancouver, where Paul met Ken, who'd been working with homeless people and other community members in the troubled downtown eastside to implement recycling services. Paul returned to Vancouver earlier in 2019 to walk and talk with Ken about the city, recycling and homelessness.

Then Paul takes us to Hong Kong, where he'd once lived throughout the '90s. A later episode takes us into his intellectual obsession with historical biography where speaks with Sally Armstrong (2019 CBC Massey Lecturer) and Margaret MacMillan (2015 Massey Lecturer) .

On Friday, Paul's final program points back to the very first documentary he did for IDEAS as a freelancer in 1977, The Fur Trade Revisited, for which Paul paddled an incredible 1,600 kilometres down the Mackenzie River, from Great Slave Lake to the Arctic Ocean. In March 2019, Paul returned to the region to talk with some of the people he met there 42 years ago.

From the staff here at IDEAS, we wish Paul a fantastic next chapter on his adventures ahead.