The new tribe of Israel: The immigrant underclass

Anthropologist Galia Sabar has devoted her professional life to what she calls the new tribe of Israel: Jewish-African and non-Jewish labour migrants, asylum seekers, and refugees. Galia believes that Israel must be vigilant about its security. But it also has a moral duty, as a state established for Jews persecuted as the ultimate "other", to be humane and welcoming to the disadvantaged.

Anthropologist Galia Sabar has devoted her professional life to what she calls the "new tribe" of Israel: Jewish-African and non-Jewish labour migrants, asylum seekers, and refugees. Her work with these vulnerable communities earned her a distinction that is conferred only once every four to five years: the Unsung Heroes of Compassion award, given by the Dalai Lama. Galia believes that Israel must be vigilant about its security. But it also has a moral duty, as a state established for Jews persecuted as the ultimate "other", to be humane and welcoming to the disadvantaged: "Jewish tradition in its core has mechanisms of living with disagreements. Why can't there be a plural way of celebrating being Jewish, or for the Muslims and the Christians as well? That is something we have to scream out loud! It's a gift that we have. And we have to practise it here first within ourselves — and then we can export that idea." **This episode originally aired June 27, 2017. 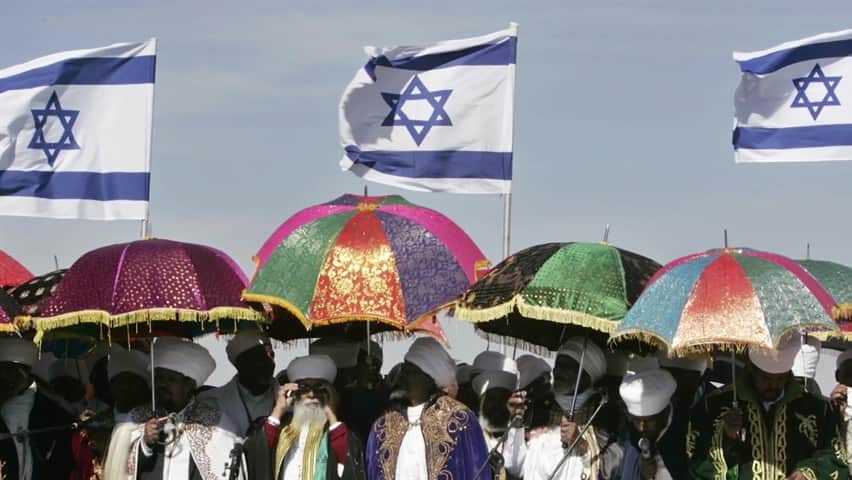 THE NEW TRIBE OF ISRAEL

We all have a tribe

"I flew to Kenya in the early 80s. And every time I met a Kenyan -- young and old, men and women -- they asked me three questions. What's your name? Does your name have a meaning, or who do you belong to? And the other question was: which tribe are you from? So obviously, I said my name is Galia and I'm named after my grandfather. And I laughed and I said: we don't have tribes. And they said: that's not possible. Each person belongs to a tribe. And I insisted, and I said: no, there are no tribes in Israel. We are one big tribe — Israelis. They insisted. And I insisted. I must say that for me back then, using the word "tribe" was not relevant. It was something one would use speaking about traditional societies or, so to speak, 'primitive people' — they have tribes. We in the modern world don't have tribes. Well, little did I know."

The new tribes of Israel

"The first tribe would be the Jews and then the Arabs. And then I would like to suggest that the third tribe are the non-Jewish migrants: the labour migrants, and the asylum seekers and refugees. This tribal division doesn't necessarily exclude all other possible tribes and divisions. Each one of these mega-tribes can be divided, and probably should be divided, into sub-tribes or sub-categories. But this is something that I would like to introduce.

Numbers here are important. The figure which is constantly quoted about the population of Israel is around 8 million people. But what does it comprise in the official documents: 6.5 million Jews, about 1.5 million Arabs and that's it. And nobody speaks about the quarter of a million of others who live here."

"I think that our ancient history, but mainly our recent history, teaches us, or has to teach us a lesson of compassion and caring and empathy to others. It's World War II and the Holocaust, and the way that we were persecuted because we were the ultimate "other" that has to be exterminated. So we of all people around the world have to be — on the one hand, strong and know how to protect our own rights. But at the same time, be sensitive to those others. I think our Jewish tradition, in its core, has mechanisms of living with disagreements. So why today are we trying to find one voice? Why can't there be a plural way of celebrating, for me, my Judaism — but for others as well, for the Muslims, the Christians? And that is something that we have to scream out loud! Look at the holy book, at the Bible, and see how many voices [there] were and see the different people — the 12 tribes of Israel! That is something: it's a gift that we have. And we have to practice it first within ourselves, then we can export that idea."

​Galia Sabar is current president of the Ruppin Academic Center, and former head of the African Studies at Tel Aviv University. Her academic work and books focus on Ethiopian Jews (in Ethiopia and Israel); World Migrations with special emphasis on African migrants and refugees; Socio-political factors affecting HIV\AIDS prevention education in East Africa and the relation between religion and politics in Africa. She is also an activist in several Israeli and international NGO's including Jerusalem AIDS Project, and Hotline for Migrants and Refugees. In 2009, she won the Unsung Heroes Award, granted by the Dalai Lama, and in 2015 received a special prize from the Mayor of Tel Aviv for her international development efforts.

There's an ancient Yiddish saying that 'the person who cannot endure the bad will never live to see the good'. My experience during my first few days in Israel provided at least partial proof that the saying is true.

Our flight arrived at 3:00 am. One of videographer James Cooper's checked bags -- the one containing crucial camera equipment -- had gone missing. The friendly face at the front desk of our hotel regretfully informed us that our rooms wouldn't be ready until noon. So we made our way to the breakfast room, where they told us that only instant coffee was available, because it was Shabbat. After breakfast came the really bad news:  Our rooms wouldn't likely be available until 4:00 pm -- at the earliest.

I set up camp in the hotel lobby, and proceeded to send email messages to friends and colleagues back in Canada. It wasn't long before a reply arrived with the hopeful news that "Help is on the way! Just tell me the address of your hotel".

Within a few moments, another message arrived, from somebody in Israel I'd never met, nor even heard about: "I'll be there in approximately an hour. Be waiting outside the hotel. What do you look like?" It was from a friend of one of my friends, and he was coming to take me away. I checked most of my luggage with the concierge of the hotel, and waited on the sidewalk to be voluntarily kidnapped.

Levi arrived exactly on schedule. For some reason, I felt compelled to give him a big Canadian bear hug. He put me into the passenger's seat and we set out. Before we reached the edge of town, Levi turned to me and said, "You'll be staying with us, on the kibbutz, for a night or two."
READ MORE...

Us and Them: Diversity, Division, and a World of Difference is a five-part series featuring talks presented in South Africa, Israel, India, Germany, and Canada — all countries dealing with the reality of a diverse population. The series is produced by CBC IDEAS in partnership with The Laurier Institution.
​
**This episode was produced by Lisa Godfrey, Greg Kelly and Paul Kennedy. Video by James Cooper.