Planet You: The mysterious world of the microbiome

Microbes have existed on earth for more than three and a half billion years. There are trillions of them on — and in — our bodies. Makes you wonder who’s playing host to whom, and whether we humans are merely vessels for these tiny survivors that influence everything from intestinal disorders to mental health conditions.

'Microbes have been here much longer than we have. There are many more of them than us," says scientist 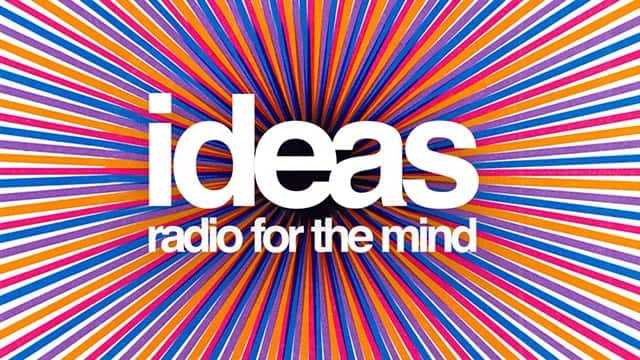 Ideas53:58Planet You: The mysterious world of the microbiome

There are trillions of them on — and in — our bodies. Microbes have existed on earth for more than three and a half billion years. Makes you wonder who's playing host to whom, and whether we humans are merely vessels for these tiny survivors. They influence everything from intestinal disorders to mental health conditions — and we're only just beginning to understand their power over us.

Contributor Stephen Humphrey journeys into the mysterious world of the microbiome.

Humans like to view themselves as the dominant life form on Earth, but microbes have been here much longer than we have. There are many more of them than us. When we are all gone, they will still be here.- Erica Sonnenburg

What could human beings ever have in common with worms?

For starters, humans and worms, along with a lot of other animals, can be described as "living tubes".

It's easy to see how that applies to worms. Their bodies look like mobile, muscular tubes. But not human bodies. We have feet, hands, skeletons and big heads with clever brains. But under the surface, we do share something in common: our digestive system. Worms were the first complex animals to evolve the setup of mouth, digestive tract and anus. Food comes in the mouth and waste comes out the other side. In-between, digestion happens.

"And so a simplified way of thinking of the human body, with our digestive tract running from our mouth to our anus, is as a hollow tube," says biologist Justin Sonnenburg.

Food isn't all that moves through us. Tiny opportunists also tag along: bacteria, archaea and other microscopic life. Trillions of microbes become permanent residents of our insides, living off our food. These long-term occupants of our guts make up part of our "microbiome".

To microbes, the gut is prime real estate.

"I think from a microbial standpoint, we're a great little vessel that they can live in," says Erica Sonnenburg, who runs a microbiology lab with Justin, her husband, at Stanford University. "It's an added bonus that we have arms and legs that can move around and gather food to feed them."

But it's not just a one-way relationship. Gut microbes break down foods we can't digest, like complex starches, releasing nutrients such as riboflavin, folate, vitamin B12 and vitamin K.

Bone eaters on the ocean floor

Worms, those pioneers of the gut, also have microbes to help them digest — sometimes extraordinary things. For example, there's a genus of small aquatic worm which dines on whale bones.

Marine biologist Greg Rouse named it Osedax: Latin for "bone-devourer". This strange-looking worm — it resembles a feather duster — was found in 2002, noshing on a giant sunken whale skeleton.

"We were very surprised when we saw the bones of a whale off California that were covered in what looked like a shag pile carpet that was bright red," he recalls. "The part we could see on the outside, the red part, was feathery plumes full of blood. But the worm's bodies were actually down inside the bone. And they were digesting away the bone."

Osedax, scientists found, get these digestive super-powers from microbes living inside cells in their stomachs, which these contrarian worms keep on their outsides.

"We now know via secreting acid to dissolve the bone they're actually uptaking the nutrients," Rouse says. Not eating as we know it, but fundamentally, humans aren't so different.  "Well, we share a deep similarity in that we are consumers of other organisms," says Rouse. "We are also heterotrophs, in that we consume food."

So how would bacteria see us differently than worms? Erica Sonnenburg suggests they might find us disappointing. As modern diets tilt toward processed foods less rich in things like fibre, diversity of microbes in our bodies declines. The health consequences of this are still being studied. What's clear is not as many microbes live in our guts anymore.

"Probably, based on the Western diet," she says, "they'd be happier in a worm."

**Special thanks to Christina and Sam Winger for sharing the recording of the birth of their son, Johnny.

**This episode was produced by Stephen Humphrey, Nicola Luksic and Sara Wolch.