Conspiracy theories may be ultra-divisive today, but there was a time when they were an acceptable form of knowledge. They are powerful in political battle — and even more so in an age of rising populism. But if you think we're in a golden age of conspiracy theories, think again.

If you think we’re living in an unprecedented era of conspiracy theories, think again 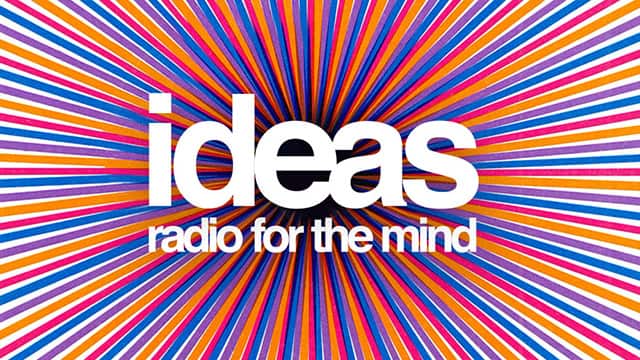 You're not imagining things: conspiracy theories are leaving the fringes for the mainstream to drive real-life action, from protests against coronavirus restrictions, to the rejection of vaccines, to the burning of cell towers — to possibly even murder.

Social media is rife with wild, conspiracist explanations for our era's multiple shocks. They've become so pervasive that we're now used to hearing them from the current U.S. president.

QAnon, an American movement based on multiple conspiracy theories (including the belief that Donald Trump is waging a secret war against an elite global cabal of pedophiles) has been described as "a new religion," and is now making inroads into Canada and abroad.

Conspiracy theories are appealing to people in particular when they have important psychological needs that are not being satisfied.- Karen Douglas, University of Kent professor

Are we, as many recent headlines suggest, living in a "golden age" of conspiracy theory?

Not quite, according to Michael Butter, one of the world's foremost scholars of conspiracy theory.

"For a long time, people thought that all this talk about conspiracy theories means that they must have become more popular and influential," said Butter, a professor of American Studies at the University of Tubingen in Germany.

"I would argue that all this [current] talk about conspiracy theories indicates that they are now perceived as a problem."

The public stigmatization of conspiracy theories began in the 1960s, after years of discussion in European academic ivory towers. Before that, said Butter, conspiracy theories were treated as an acceptable form of knowledge — and were therefore more influential and more widespread than they are today.

One example was the widespread belief that the Illuminati, a secret society dedicated to Enlightenment values, were behind the French Revolution. Another theory that Butter cites is the 18th century belief in the United States that pro-slavery interests were secretly working to nationalize slavery beyond the South, with some versions of the conspiracy theory claiming the ultimate goal was to enslave the white working class.

It was a time when the loaded term "conspiracy theory" had not yet even come into everyday use.

The game-changers in the Western history of conspiracy theory came in the form of the Red Scare over Communist infiltrators in the U.S., and, as you might expect, the 1963 assassination of John F. Kennedy. The latter remains the subject of countless conspiracy theories: including some that variously blame the CIA or Cuba or the Mafia for the killing.

It wasn't. The first use of the term in its modern sense is credited to British-Austrian philosopher Karl Popper, just after the Second World War. He was one of the vanguard of thinkers then to suggest conspiracy theories developed as a form of theism, an attempt to "fill a void that has been left by the Enlightenment" and the abandonment of religion.

Still, there is no doubt that in the years since, the U.S. has become one of the most prolific and innovative crucibles of conspiracism in the world, leading to the birth in 2017 of QAnon, the mother of all super-conspiracies.

"To look at QAnon is to see not just a conspiracy theory, but the birth of a new religion," wrote Adrienne LaFrance for The Atlantic magazine.

Her argument is that QAnon is a "movement united in mass rejection of reason", that provides a deep sense of belonging and something akin to a worldview.

There are, however, two new features in America's long history with conspiracy theory thinking, said Molly Worthen, historian of religion and politics at the University of North Carolina, Chapel Hill.

And both warrant serious attention: the internet and Donald Trump.

"The way the internet has empowered people to assemble a sense that they are really uncovering a world of facts and connecting with like-minded people who are awake to the true reality, the hidden reality, is so much more powerful today than it has ever been in the past," Worthen told Nahlah Ayed, host of CBC Radio's IDEAS.

"I struggle to point to a previous period in American history when our commander-in-chief was so forthright in his endorsements of these conspiracies. There's just no analogy to that," she added.

Trump, Worthen maintains, has "constantly demonstrated" his inclination to weaponize conspiracist thinking. All this makes conspiracy theories "a newly empowered threat in 2020."

For the U.S. and the rest of the world, conspiracism spikes at times of instability and ambiguity, such as the current pandemic. Trust in public institutions, social dislocation and fears of downward mobility are all factors.

"I would argue that conspiracy theories are appealing to people in particular when they have important psychological needs that are not being satisfied, especially by official explanations of events," said Karen Douglas, professor of social psychology at the University of Kent in the U.K.

She has been studying the psychology of conspiracy theories for 12 years. Factors include the need for social connection, knowledge and information, and security and safety.

"Believing in conspiracy theories might seem to help people think that they're restoring a sense of power," said Douglas.

Individually, conspiracy theory also satisfies the need to stand out from the crowd, even above it. Especially at a time when demographic and socio-economic shifts are disrupting received notions of class, gender, even merit.

The so-called "conspiracy rush" could be part of the lure, said Butter. It's an intense physical sensation, the sudden feeling you're seeing the world anew, that you're onto something that "they" — the official and traditional sources of authority — either can't, or won't, tell you.

It may be the reason why conspiracists often become attached to the process of research — going down the proverbial rabbit hole — something QAnon encourages.

They also appeal to the powerless, and people who believe they are losing power, said Butter.

Another factor in the growing ubiquity of conspiracism is the longstanding scepticism about science, academics and expertise, said Worthen, a phenomenon that she has documented among conservative evangelicals.

So who is most susceptible? There isn't one single answer to that question, and it remains a matter of debate. But researchers have identified some trends: Gen Xers, for example, are among those more susceptible because of the momentous and "anomalous" era of assassinations and coups in which they grew up.

Studies also indicate that people who are "really bad at accepting ambiguity and uncertainty" are more likely to be drawn to such theories, said Butter.

While there is no specific profile, he said, studies suggest a higher susceptibility among males, the less educated and older people.

But ultimately, said Douglas, "everybody is susceptible to conspiracy theories."

Michael Butter is professor of American studies at the University of Tubingen, and most recently the author of The Nature of Conspiracy Theories.

Karen Douglas is a professor of social psychology at the University of Kent, and the co-author of Social Psychology.

Molly Worthen is a professor of history at the University of North Carolina, and the author of The History of Christianity II: From the Reformation to the Modern Megachurch.