First Nations are buying land to create urban reserves. But is it 'land back'? | CBC Radio Loaded
Radio·Analysis

First Nations are buying land to create urban reserves. But is it 'land back'?

Indigenous people represent the fastest-growing population in Canada, and more and more of them are moving to urban areas. One advocate says urban reserves are a great way for First Nations to expand their reach and strengthen self-sufficiency, but that they don't undo historical wrongs.

Indigenous people are fastest-growing population in Canada, and more are moving to urban areas 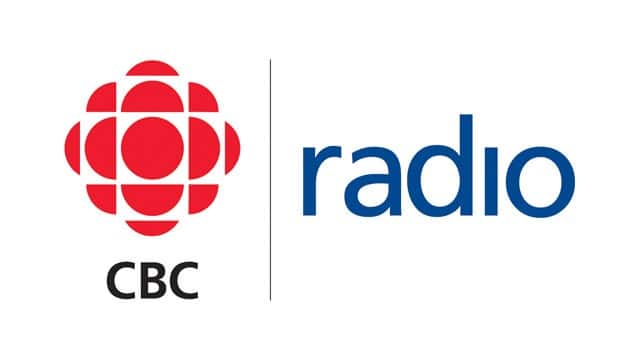 Columnists from CBC Radio6:17Are urban reserves Land Back?
CBC Radio reporter Kyle Muzyka speaks with Ben Fawcett, Mary Pratt and Tim Daniels about urban reserves. While there are major benefits to them, are they an effective measure of recouping land that was stolen or lost?

First Nations, Inuit and Métis people have been trying to get back land that was taken from them for hundreds of years.

It has resulted in treaty adhesions, complex land claims agreements, conflicts and everything in between.

One outgrowth of this effort is Land Back, a grassroots movement calling for governments and settlers alike to return land to Indigenous people.

So when Marc Miller, the minister of Crown-Indigenous Relations, said on Oct. 26 that "it's time to give land back," it resonated with many Indigenous people across Canada.

Those words — land back — are at the heart of the disputes in Wet'suwet'en in B.C. and 1492 Land Back Lane in southern Ontario, which aim to stop development on unceded, traditional territory.

The Land Back movement is less predicated on acquiring more land and more focused on the responsibilities that municipal, provincial, territorial and federal governments have to make up for what their predecessors stole from Indigenous communities.

But some Indigenous communities are reclaiming lands in other ways, such as urban reserves.

Urban reserves are lands purchased by a First Nation, either in a major metropolis or in smaller communities, that are often separate from the main reserves but still within their treaty territory.

According to the federal government, there are more than 120 urban reserves across Canada. Some of them existed prior to city expansion and were built around cities, such as the Musqueam Nation in Vancouver, while others are new, purchased land inside larger communities, such as the Metepenagiag Urban Reserve in Moncton, N.B., and Muskeg Lake Cree Nation's urban reserve in Saskatoon.

They are extensions of the reserves and essentially operate as a community within a larger one — think a Chinatown or a Little Italy — but differ in a few ways.

Tim Daniels is a champion of urban reserves. He's Anishinaabe from Long Plain First Nation and was involved in the development, management and expansion of Keeshkeemaquah, Long Plain's 18-hectare urban reserve in Portage La Prairie, Man. He was also the first person to live on Keeshkeemaquah.

He's working on establishing the largest urban reserve in Winnipeg, Naawi-Oodena, formerly the Kapyong Barracks, which is 68 hectares and is to be shared by Treaty 1 First Nations.

The site was officially signed over to the seven First Nations in 2019 after a decade-long court battle with the federal government.

Indigenous people represent the fastest-growing population in Canada, and more and more of them are moving to urban areas. Daniels says urban reserves are a great way for First Nations to expand their reach and strengthen self-sufficiency.

But, he says, they were born out of necessity for many remote communities.

"Urban reserves are created to adapt to today's economy — we have been left out of the economy for decades and decades in Canada by the creation of these [main] reserves," Daniels said.

Urban reserves are one way First Nations have been able to increase their land base — but are they what communities envision when talking about Land Back?

There are more than 630 reserves across the country today. Much of the land that was delegated to First Nations by the federal government under the signing of treaties was farther away from important trading routes while major cities were built on territory near water passages and other valuable resources.

The lands that many First Nations are on now are sometimes flood-prone, remote, not suitable for farming or have fewer resources than other places. For the most part, there are also fewer people on reserves than in neighbouring communities, which means it's harder for businesses to survive and thrive without a larger clientele.

"These reserves were situated far away from civilization, if you will, where towns were established in the 1800s and 1900s," said Daniels. "So, being left out of the economy, and trying to establish businesses on our main reserves — we have our challenges on those lands."

It's one of the many reasons there's been an appetite for First Nations to move into nearby cities, where a portion of their membership often lives and works.

While all businesses pay federal and provincial taxes, band members are able to buy goods and services on the urban reserve tax-free, similarly to other reserves. Folks from that community can also feel a little closer to home.

First Nations also benefit from urban reserves because it helps bring more money into their community. It's often viewed as a win-win.

But in terms of satisfying the ideals of Land Back, Daniels thinks it might be a stretch.

He says much of the land that is re-acquired and converted into reserve land is purchased from willing sellers and through Treaty Land Entitlement.

This is a process where First Nations can get federal funds to buy land. It can involve purchasing from a private seller or buying up unused Crown land — or a mix of both. Then, the First Nation has to apply to the federal government to get reserve status on these lands.

Treaty Land Entitlement claims are intended to help First Nations who were short-changed land in the initial treaty settlements and are to be paid out based on the amount of land they were entitled to but didn't receive.

"So, Canada recognized, 'We owe you land, but hey, we can't just give you this land and take it away from someone. You have to go buy land,'" said Daniels. "So that's the same arrangement with a lot of First Nations — you have to go buy the land with your treaty entitlement dollars."

1 year ago
Duration 2:04
The final master plan for the former Kapyong Barracks site in Winnipeg has been released to the public, and shows the site could have up to three thousand new residences and 1.2 million square feet of commercial space.

Daniels said that in the case of Long Plain, Canada short-changed the First Nation between 900 and 1,900 hectares of land. The amount of land Long Plain has been able to get through Treaty Land Entitlement — the 18 hectares, or 45 acres, of land at Keeshkeemaquah, for example — pales in comparison to the amount they were short-changed.

Daniels says he often finds that sellers, knowing First Nations are using Treaty Entitlement money, ask for a higher premium on lands because they know First Nations have the money to pay for it.

This is part of what differentiates urban reserves from Land Back, says Ben Fawcett, who recently completed a PhD at the University of Saskatchewan in geography and planning, with a focus on Indigenous urbanism.

Fawcett says in the conversations he has had with First Nation and Métis communities in Saskatchewan, this form of recouping land doesn't quite cut it.

"Most people that I spoke to, they really didn't believe that urban reserves were representative in themselves [of] the larger picture of regaining that sovereign status and land," Fawcett said.

Fawcett says urban reserves can be great for First Nations that have the capital to develop them but can often leave more remote nations that may not have money to expand — or are simply unwilling to engage — out of the picture.

Métis and Inuit communities have some of these issues, although their challenges do differ. Métis communities have very little land base, with a few settlements in Alberta. Inuit have a large land base, but neither they nor Métis people are able to access Treaty Land Entitlement.

More remote communities will often have a larger land base, but it still prevents them from participating in the broader economy and being closer to some of their relatives, who need to live in areas with better access to medical services, high-speed internet and clean drinking water.

While these things should be universal on First Nations, Fawcett says, the reality is that they aren't.

The idea of urban reserves "compels First Nations to, essentially, marketize and commodify their reserve lands," he said. "And the most successful First Nations are the ones that are more willing and ready to play that game.

"It does seem that Canada and the structure it has created around urban reserves does favour the First Nations who have more capacity and are more willing to work under the scope of the federal government."

Part of a community

While urban reserves have underlying challenges, there are still benefits for the nations that have them.

"It's more or less like a reserve," Pratt said. "Being in a community and [with] community members living on reserve, we're included."

Keeshkeemaquah, which was once the area where the Portage La Prairie Indian Residential school was located, now has homes, a gas bar, a gaming centre and a residence for elders on it.

Pratt says having a place for elders to live is particularly important in case they need to be close to medical care.

Keeshkeemaquah provides many of the advantages of being on the First Nation — such as engaging with the culture, being around family and other band members — while allowing Pratt to be a five-minute drive from the grocery store and other services she might need.

It's one of the many reasons communities across the land are pushing for their own urban reserves on lands that Minister Marc Miller says were stolen.

But as Fawcett notes, it's important for Indigenous communities to ensure that governments know urban reserves do not solve the larger issue of land theft.

​​"The mechanisms that the federal and provincial governments are offering — they are nominal. They are interesting developments in this ongoing relationship," he said.

"But at the same time, they function to not only absolve their obligations but to alleviate the legal and extralegal resistance Canada will face if nothing is done."

Kyle Muzyka is a Métis journalist from ayahciyiniw-sâkahikanihk in Treaty 8. He works for CBC Radio. Reach him at kyle.muzyka@cbc.ca, on Twitter or via Keybase.