Leonard the giant Lab mix 'has the heart we all need,' says owner Maureen Wilson. And the pooch's regular pup-dates are all the more amazing when she thinks of how his life could have gone.

Leonard the senior-aged Lab mix ‘has the heart we all need,’ says owner Maureen Wilson 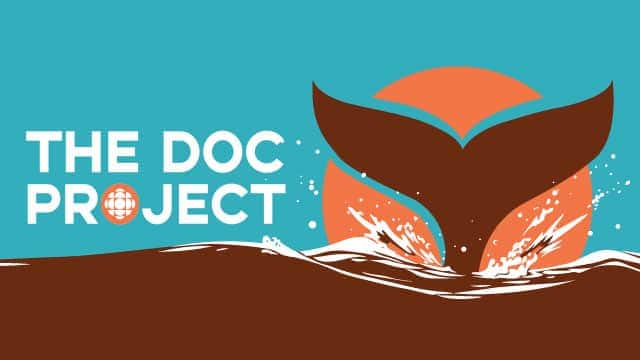 Originally published in May 2021.

When Maureen and Dave Wilson filled out an application to adopt a rescue dog, they asked for a large pooch that could help them monitor their rural farm property in Parry Sound, Ont., and protect their chickens from predators.

They also wanted to make sure the dog had a thick coat, so it wouldn't shiver through the cold winters like their beloved Boxer, who passed away at the age of 13.

Leonard, who they adopted in early 2019, checked all those boxes. But it turns out the rescue mutt, who's about 11 years old now, also has the soul of a philosopher.

Over the past couple of years, Leonard's updates have become by far the most popular Facebook posts for Carter's Forever Rescue and Sanctuary in Bracebridge, Ont.

"His eyes are almost like human eyes," said Maureen Wilson. "And he sits and he looks right into your eyes.… There's something very, what's the word?"

Now fans from as far away as Tennessee, Mexico and even China look forward to the so-called "Leonard Time" updates that the Wilsons write in the voice of their 148-pound philosopher, recounting daily walks around the perimeter of Leonard's rural homestead, chicken-herding trials and tribulations, and his ongoing diet.

Though Leonard's now somewhat of a celebrity amongst fans of the Carter's Facebook page, the Wilsons didn't start writing "Leonard Time" for the fame. Rather, they wanted to help the small rescue raise funds to support the other dogs in need of a home.

A star is born, complete with visiting hours

"I thought, well, maybe if I write some stories, you know, people would read the stories and think, 'This is great! I'll donate money,'" said Maureen. "Every little bit helps because of their vet bills."

While it's common for other "pet parents" who've adopted dogs to post updates on the Facebook page, the "Leonard Time" updates — written in the first person as though Leonard is authoring them — are by far the most popular.

"People were asking if they could come visit Leonard, so I created visiting hours on Saturday from 12 p.m. to 2 p.m. because I didn't want people coming here all the time," said Maureen.

"But nobody ever came to visit him. That's okay," she laughed.

Leonard's dispatches from the Wilson farm also brighten the lives of the volunteers at the rescue — especially since they know how differently things could have gone for the popular pooch.

Leonard is originally from Tennessee, and was found in a dump by rescuers trying to save dogs and cats abandoned outside in the frigid temperatures of the polar vortex that ripped through the state in January 2019.

The rescuers brought Leonard to a high-kill shelter called Tipton Paws and Claws. Pre-COVID, Carter's would rescue dogs from them regularly, bringing them across the border to be adopted.

"They know I have a soft spot for the old ones," said Brenda, the founder of Carter's. (Brenda has asked we omit her last name so the location of the shelter can't be found by people wanting to dump their dogs — which she says is an all-too-frequent occurrence.)

"When Leonard came in, they knew his chances of getting out of there would be almost next to nil… so needless to say, [Leonard] became a priority," said Brenda.

But because of Leonard's age, size and malnourished state, getting him to safety wasn't an easy process. On his journey from Tennessee to Bracebridge, Leonard was almost euthanized three times, with Brenda having to step in and rally for him every time.

He was just a big doofus.- Brenda, founder of Carter's Forever Rescue and Sanctuary

Once Leonard finally arrived at Carter's, though, Brenda could tell immediately that her efforts were worth it.

The Wilsons showed up at 7:30 the next morning to adopt their new dog, sight unseen, except for a grainy photo sent to them while Leonard was in transit. And it was love at first sight, going both ways.

When Leonard came out to meet his new adoptive parents, Maureen was immediately smitten, not to mention impressed with the level of attention Brenda had clearly paid to what they asked for in their adoption application.

"We looked at him and I thought, 'That is the exact dog that I was trying to describe!'" Maureen remembered.

Meanwhile, Leonard evidently felt the same way about the Wilsons. "As we say in rescue, it was a done deal," recalled Brenda. "He hopped into their truck and never looked back."

About a month after Leonard went home with the Wilsons, Brenda and her team at Carter's received what would become the first of many "Leonard Time" updates.

They were an instant hit, with commenters writing back directly to Leonard, much to Brenda's amusement. "People will say, 'Oh, Leonard, you're a naughty boy. Oh, Leonard, how dear you are. Leonard, what a wonderful story this week,'" she said, laughing.

"We see and know where the possibilities of his life might have gone," said Brenda. "So when we see what people are saying... it's so funny. And it's wonderful. Absolutely wonderful."

Meanwhile, the Wilsons are just thankful that Leonard got a shot at the beautiful life he's now able to share with his online fans. "You know, here's a dog that three times they were going to euthanize," said Maureen Wilson.

"And look at the joy he's brought."

Jennifer Warren is the senior producer of The Doc Project.

This "dog"-umentary was edited by Acey Rowe.