At the World Porridge Championships, quick-cooking oats need not apply

When Johnny Spence was given a "spurtle" - a wooden porridge-stirring tool - he ended up in a tiny Scottish village, populated with rabid oatmeal enthusiasts from around the world.

Behind the scenes at the 24th annual Golden Spurtle, where perfect oatmeal is a grueling business 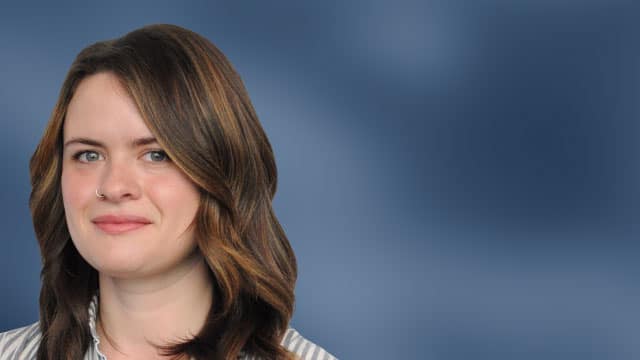 The Doc Project29:30The Quest for the Golden Spurtle

This documentary first aired in January 2018.

What the heck is a spurtle?

I asked this simple question about this strange word, unaware that I was opening a door to a whole world of weird. On the other side was a myriad of delicious smells, delightful sounds, and a handful of truly idiosyncratic individuals.

On the other side was Carrbridge, Scotland and The World Porridge Making Championships, where competitors vie — over low, consistent heat — for the coveted Golden Spurtle.

(A spurtle, it turns out, is a traditional wooden porridge-stirring tool, whose streamlined shape prevents the porridge from getting clumpy.)

Carrbridge is a sleepy village of 700 which is virtually identical to countless others throughout the Highlands. It has one pub, one church and one road that runs through town. It's the kind of place where everybody knows everybody, and not much out of the ordinary happens.

But for one weekend each year, all that changes when the Golden Spurtle comes to town.

Carrbridge is transformed overnight into a bustling oat epicentre, with 24 competitors from all over the world competing for the title of World Porridge Making Champion.

There are two categories: traditional and specialty. The ingredients, in the traditional category, anyway, may be simple — water, salt and oats — but competitors all have their secrets, from water brought from local springs to specific sea salt and fresh-milled oats.

Having been gifted a spurtle of my own by my mother and grandmother, and now having fully descended into the rabbit hole of the Golden Spurtle, I decided to travel to Scotland and follow two first-time competitors as they make their way through the weekend's festivities.

Johan Ringmar is an oat fanatic who has been given the title of the "Swedish Porridge Hooligan." In his spare time he runs a website devoted entirely to oatmeal. He has pledged an oath to come to Carrbridge every year until a Swede wins the competition.

Paddy O'Connell lives, breathes, and for all we know, might very well bathe in oats. Hailing from County Laois, Ireland, he is the face and founder of Paddy O's Cereal. He was accompanied by 10 of his mates to this year's Golden Spurtle Championship, determined to show Johan the true definition of a Porridge Hooligan.

From the bagpipe parade to the high-stakes cookoff, take a trip to the other side of the door and listen as Paddy and Johan compete in the quest for the Golden Spurtle.

And in case you're wondering? The winning porridge was delicious. I tasted it.

Listen to the documentary, "The Quest for the Golden Spurtle," by clicking the Listen link at the top of the page, or download and subscribe to our podcast.

Johnny's compositions and performances have been featured on a number of critically acclaimed recordings and he has toured internationally with both high profile and more independent acts. He produces radio documentaries on his own as well as one half of JustBeCuz. Past radio work has aired on BBC, CBC, ABC, and among the waves of the Bay of Fundy on Red Clay Radio.

Johnny Spence's previous documentary for The Doc Project was 'The Davenport Songbook, about a songwriting initiative in Toronto's Davenport West community.

This documentary was edited by Alison Cook and Julia Pagel. Music by Eabhal.