I was diagnosed with an 'invisible' illness. For years, my family didn't believe my pain was real | CBC Radio Loaded
The Doc Project·First Person

I was diagnosed with an 'invisible' illness. For years, my family didn't believe my pain was real

Jason Herterich lives with fibromyalgia, a chronic condition that causes pain throughout his entire body. Coping with the pain has been a struggle made worse by the fact that Jason's family initially had doubts about the validity of his illness.

Jason Herterich lives with fibromyalgia, a condition that affects more than 500,000 Canadians 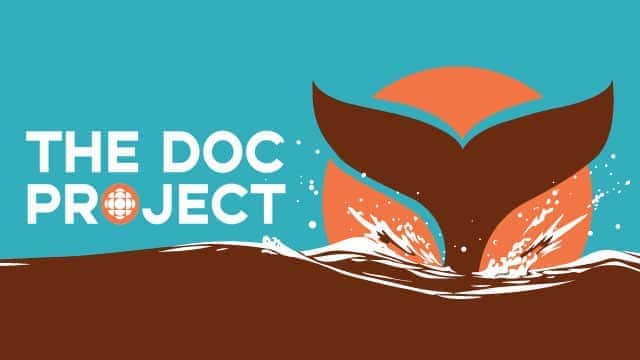 This First Person column is the experience of Jason Herterich, who was diagnosed with fibromyalgia, a chronic condition that causes pain throughout his entire body. For more information about CBC's First Person stories, please see the FAQ.

WARNING: Parts of this story could be distressing for some readers

Nine years ago, my life changed forever during a game of intramural basketball.

After grabbing a rebound, I twisted my back and severely strained the muscles that are used for breathing. The injury itself likely healed within a couple of months, but strangely, my acute pain turned chronic and slowly spread throughout my entire body.

Years later, I was diagnosed with fibromyalgia: an incurable disorder characterized by widespread pain, fatigue, brain fog, and sleep and memory issues.

I was devastated when I learned that my symptoms weren't going to go away and my life wouldn't be returning to normal. To make matters worse, I faced another problem: some of my family members refused to accept that my illness was real.

We'd be sitting down for dinner and I would talk about how badly my body hurt. The responses always sounded similar.

"I think a lot of this is just in your head."

My experience of not being believed by my family is hardly unique. A report released just last year by a Canadian federal task force examining chronic pain acknowledges that it is "largely invisible, and those affected often feel disbelieved and stigmatized."

From triathlete to chronically ill

Before I became sick, I was a varsity triathlete at Queen's University and was training for an upcoming half-ironman. Every day I bounced between morning hill runs, engineering lectures and 3 a.m. study sessions. I treated rest as an inconvenience.

All of that changed after I became chronically ill. My symptoms progressed, and I was too tired and in too much pain to exercise or work a regular job.

Early on, I was referred for many medical tests, but to my surprise, they all returned negative results. When that happened, my dad started questioning what was really happening.

Fibromyalgia is a diagnosis given to patients with unexplained widespread chronic pain. In 2014, more than 500,000 Canadians reported having the condition, according to data from Statistics Canada. There's no widely accepted test or scan to diagnose fibromyalgia, which is part of the reason it's so hard to understand.

Like many other fibromyalgia patients, I don't fit the classic image most people have of pain: someone grimacing, moaning or gritting their teeth. I rarely show pain because it's normal to me. I can't even remember what it's like not to be in pain.

A common misperception about chronic illness and disability is that it's the same day to day. For many people living with chronic illnesses, symptoms fluctuate a lot.

Some days, I can go on long walks, while other days my brain fog is so bad that I struggle to maintain a conversation.

Early on, the changing nature of my illness fed my dad's skepticism. He couldn't understand why I wasn't able to work.

He told me he found it hard to consider someone physically disabled "if they can hike six or 10 kilometres."

Losing my health meant saying goodbye to everything I had worked so hard for: my engineering career, sports and my active social life. I became very irritable, anxious and depressed.

My pain may have been invisible to my family, but the change in my mood was glaringly obvious. My dad mistook my stress as the source of my problems, when in reality it was a symptom of a much bigger problem.

"I thought that the stress of working was too great for you, and you were trying to use pain as a crutch to get out of it," my dad said.

The lack of understanding about my illness created a rift between us back then. Our arguments often escalated into yelling matches that left me feeling more anxious and depressed.

People living with chronic illness often feel disbelieved and stigmatized. A common complaint I've heard from other patients is that they've been labelled as weak, lazy, or overly emotional by their family, friends, employers and healthcare professionals. These experiences can be compounded by gender stereotypes. In a survey of over 2,400 women living with chronic pain, 83 per cent said they felt they had experienced gender discrimination from their doctors.

Research has found that being disbelieved can cause feelings of depression, guilt, frustration and anger and can lead to further isolation. The increase in stress places a heavier strain on one's health. For chronically ill people, that means making a tough situation even worse.

By 2016 – five years after my symptoms started to develop – my illness was so severe that my dad finally accepted it was real.

"When you couldn't come down the stairs to eat anymore," my dad recalled, "that's when it hit, 'Hey, this has got to be reversed somehow.'"

For 18 straight months, I lost more function each week. When I became so sick that I couldn't even talk or feed myself, my pain robbed me of the will to live. I often told my parents that.

My dad got choked up when I asked him recently about his biggest fear during that period. He answered, "That I'd wake up in the morning, and it'd be the morning that you wouldn't."

For a long time, I was angry at my dad for not believing me. But in the end, when I was at my sickest and needed him most, he supported me. He cooked, cleaned, and spoon-fed me meals every day.

It's been four years since my health hit rock bottom. I still cope with symptoms on a daily basis, but fortunately, I've made huge strides in my recovery. At the same time, my dad has made big strides in his understanding of my illness.

"It doesn't look like anything because, in large part, it's invisible," he says.

My dad and I didn't resolve everything in our first conversation. But by talking and listening to each other, we're beginning to understand each other, which is a big step forward.

My illness is chronic. It's  ongoing – just like these conversations. We'll probably have more tense moments ahead but we're committed to figuring it out.

Even when our love hurts, we both know that it's worth fighting for.

Jason Herterich is the 2021 TD Fellow on Disability and Inclusion at The Walrus, a freelance podcast producer, and an engineering graduate. In his spare time, he enjoys playing guitar, spending time in nature, and hanging out with his five nieces and nephews. He lives with an invisible illness called fibromyalgia.

This documentary was produced with Kent Hoffman, Jennifer Warren and Kevin Ball. It was edited by Acey Rowe.