Rainbow Railroad, a Toronto-based organization that relocates LGBTQ refugees from nations where they're at risk, decided to expedite the process for getting one couple out of Barbados after their home was set on fire in January.

It's illegal to be gay in 72 nations, and in several it can be a death sentence, according to LGBTQ charity 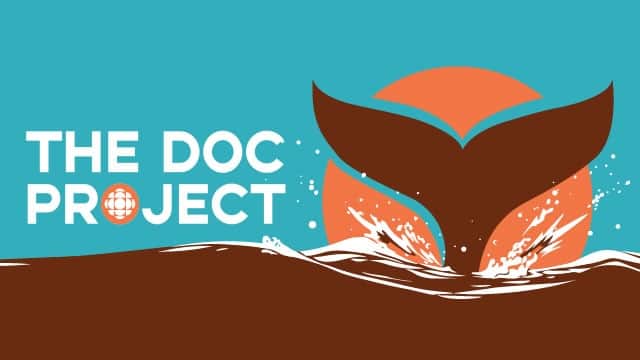 With just their knapsacks, Jane and Patricia fled Barbados for a new life in Canada last winter.

Early one January morning, a neighbour's son had thrown a Molotov cocktail into the couple's home in the Caribbean country where hate crimes against LGBTQ people are common and being gay can be punishable by life imprisonment. It wasn't the first time he had gone after them, they told The Doc Project.

Jane and Patricia — pseudonyms to ensure their safety — were unhurt, but say police interviewed the man and didn't charge him.

Rainbow Railroad, a Toronto-based organization that relocates LGBTQ refugees from nations where they are at risk, was in the process of preparing the couple's relocation, but decided to expedite their move after the fire. (Travel details are kept confidential to protect the people and the charity's work.)

The couple, who are in their late 20s, arrived at Toronto's Pearson airport late on Jan. 29 — about a week after the attack — and emerged from immigration hours later tired, nervous but excited.

"It was the best thing for our safety and our well-being," Jane said.

At arrivals, they were greeted by Devon, Rainbow Railroad's programs manager, who handed them their new parkas and mittens.

"OK, let's go grab a cab, and we'll take you to warm beds," said Devon, who requested that only her first name be used for her own safety and for the security of the people she assists.

As Jane and Patricia left the airport, they tentatively reached for each other's hands, but unaccustomed to public displays of affection, they quickly let go.

Their story is not unique. Rainbow Railroad receives thousands of requests for assistance given that it's illegal to be gay in 72 countries, according to the Human Dignity Trust, a charity that defends the human rights of LGBTQ people. In several of those nations, such as Iran, Saudi Arabia and Somalia, individuals can be sentenced to death.

In 2018, the organization received more than 1,300 requests for relocation and assisted nearly 200 people from 16 countries. Most were from the Caribbean, and many came from the Middle East, North Africa, Eastern Europe, sub-Saharan Africa and Latin America.

This year, Rainbow Railroad got more than double the requests, with more than 3,000 requests resulting in about 200 relocations as of Nov. 30, Devon said.

In the past, most of the people Rainbow Railroad helped would go to countries in Europe. But with borders getting tighter and anti-immigrant tensions rising, more are coming to Canada.

Next year, the federal government plans to increase the number of privately sponsored LGBTQ refugees from 15 to 50 a year through a separate initiative called the Rainbow Refugee Assistance Partnership. Rainbow Railroad said it was actively involved in the renewal of the government's pilot project.

'I couldn't hide it anymore'

At about the age of 11, Jane said she knew she was gay.

"I used to dress like a tomboy — more masculine. But it was hard on my family," she said. "Barbados is a very, say, Christian upbringing."

She kept it a secret for as long as she could, but eventually her family figured it out.

After a family member walked in on her and a friend, Jane said she had to leave her home and move in with her grandmother — the only relative at the time who was OK with her being gay.

At 16, she was arrested and charged for having sex with another teen girl, she said.

"I'd never seen so many guns in my whole life, handcuffing me and treating me like I'm a criminal," she recalled.

I was at the end. I can't take it anymore. It was too much.- Jane, on her decision to seek Rainbow Railroad's assistance

About four years ago, Jane met Patricia, who endured her own share of difficulties in Barbados, including sexual harassment by men at work, homophobic slurs and getting jumped.

When Jane decided to seek Rainbow Railroad's help, she was at a breaking point. She had heard about the charity through friends and looked it up online.

In September 2018, Jane sent an email and got a response asking her for details about her life and her partner.

Rainbow Railroad is diligent about ensuring people are who they say they are — not just that they're really in trouble — but that they are, in fact, gay, Devon said. It's all part of protecting the underground routes.

When they got the offer to come to Canada last December, Jane and Patricia talked it over.

Patrica wasn't sure at first. She's close to her mother who knows she's lesbian and is supportive. But when her mother told her to go, her decision got a lot easier.

Jane said if Rainbow Railroad hadn't come through for her, she probably would have taken her own life.

"I was at the end. I can't take it anymore. It was too much," she said, referring to the horrible things that kept happening.

Getting by on the kindness of strangers

Rainbow Railroad's mandate is to get people out of danger and move them somewhere safe. It doesn't do extensive settlement work.

During the couple's first few weeks in Canada, they were handed off to a patchwork of other organizations, including Legal Aid Ontario and Toronto's The 519 community centre.

"We have to keep moving, and the organizations that are here in Toronto that support newcomers are the ones that pick up where we leave off," Devon said.

Jane and Patricia moved four times and spent some time at a Toronto shelter before moving to a small apartment in the city where they currently live.

They get by on the kindness of strangers, community organizations and a small government stipend — all while they wait to be granted work permits.

Their ground-floor apartment was made possible by Troy, a Rainbow Railroad volunteer and donor, who owns the unit and also sends the couple money every week.

Jane and Patricia have visited Niagara Falls and even participated in Toronto's Pride parade.

They rode on the back of Rainbow Railroad's float where Devon said they shared a kiss in front of the crowd.

And the couple, who recently got engaged, are no longer afraid to hold hands.

To hear the documentary "The Rainbow Railroad," tap or click the Listen link at the top of this page. This documentary was co-produced with the BBC World Service.

Acey Rowe is an award-winning radio producer with one eclectic resume. She's landed an airplane, did a stint on a reality show, and biked 2,100 kilometres and lived to tell the tale. Hailing from Gatineau, Que., she got her start in broadcasting co-hosting the afternoon drive on 103.9 PROUD FM in Toronto, the world's first LGBTQ commercial station. From there, she joined the CBC as a producer for DNTO in Winnipeg, where she told stories and helped other people tell theirs. Acey's work has also been featured on The Current, q, Podcast Playlist, Tapestry, Day 6 and Now or Never.

She holds a BA in radio and television arts with a minor in English from Ryerson University.

Written by Showwei Chu with files from Acey Rowe.