I was asked by The Doc Project to share some of the process behind the making of my hybrid video/radio documentary, Where Have All the Poets Gone? I explore new hybrid media experiments as a way of embracing platforms, pushing boundaries, breaking rules and moving culture forward.

I was asked by CBC Radio's The Doc Project to share some of the process behind the making of my hybrid video/radio documentary, Where Have All the Poets Gone? In this interview, I explore new hybrid media experiments as a way of embracing platforms, pushing boundaries, breaking rules and moving culture forward. 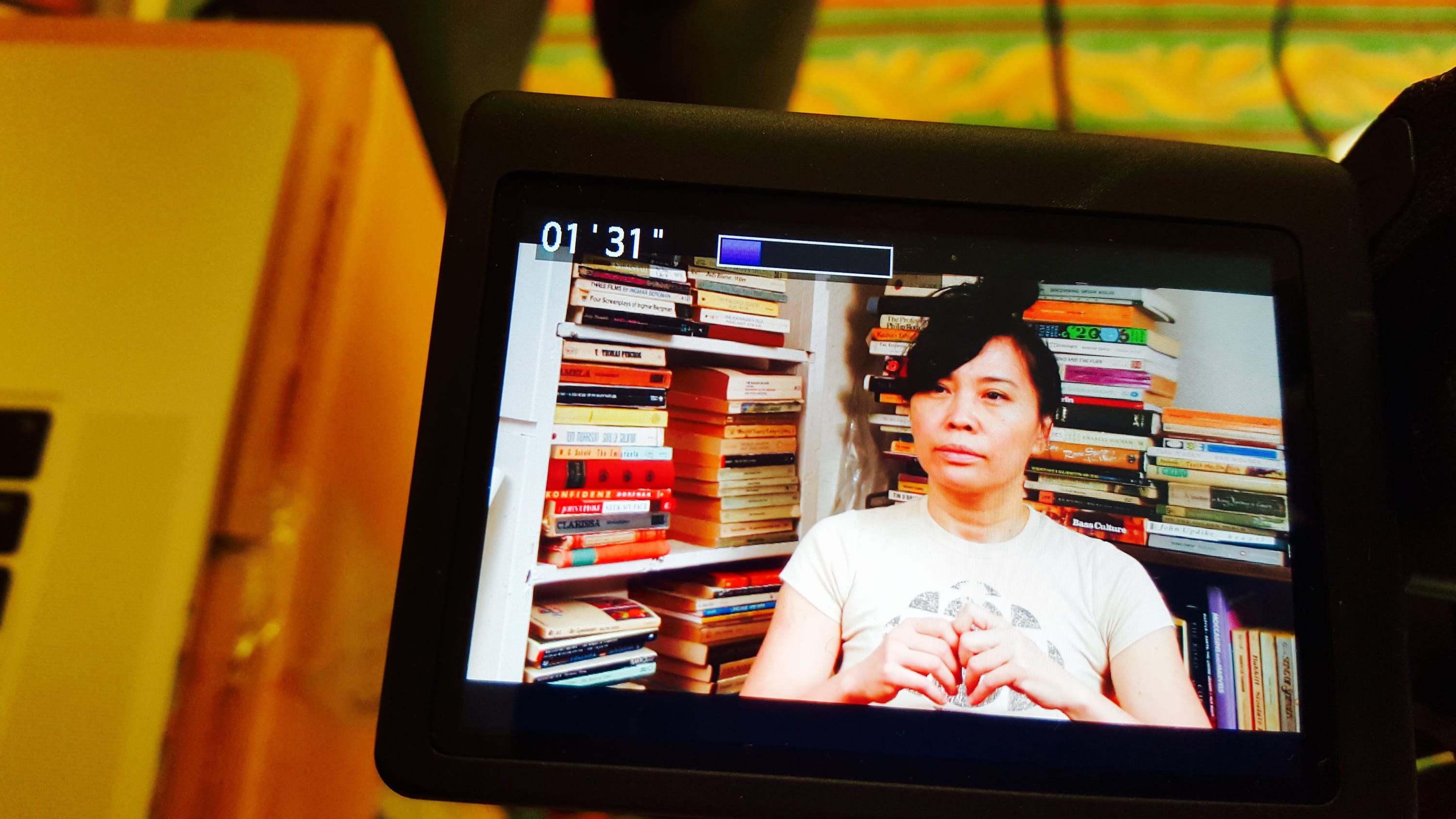 5 years ago
4:41
Multimedia artist and broadcaster Sook-Yin Lee was asked by CBC Radio's The Doc Project to share some of the process behind the making of her hybrid video-radio documentary, Where Have All the Poets Gone? In this interview she explores new hybrid media experiments as a way of embracing platforms, pushing boundaries, breaking rules, and moving culture forward. 4:41

Where Have All the Poets Gone? | A video-radio documentary by Sook-Yin Lee (Canada, 2016)

Now that you know more of what I mean by "hybrid media experiments," here are works by some of my fave boundary-breakers.

I recorded an awkward pre-teen autobiographical account for DNTO, the personal-storytelling radio program on CBC Radio One. We wanted to incorporate a visual treatment to share online so we offered it to animator Jon Izen to interpret. In Jon's hands it takes on a whole new direction.

I learned about this documentary on a "best of list" by American film critic Jonathan Rosenbaum who champions idiosyncratic and thoughtful expression. French filmmaker Françoise Romand created this unforgettable documentary following the real-life story of two female babies from England who in 1936 were mixed-up at birth, mistakenly given to the wrong parents, and unwittingly raised with their non-biological families.

Romand tracks them down as adults and instead of a traditional documentary approach, hers is experimental and poetic. In an inventive turn, Romand convinces the grown up women and family members to reenact what happened, in stylistically designed sets. Mix Up (Meli-Melo) mines the intersection where fact, interpretation, and fiction meet.

A documentary-performance by Alison SM Kobayashi. ASM Kobayashi is a Canadian artist based in Brooklyn. I was introduced to her extraordinary short videos at the Reel Asian Film Festival in Toronto while she was a student at the U of T at Mississauga and we became peers and fast friends. She's now based in Williamsburg and heads up UnionDocs Center for Documentary Art with her partner and collaborator Christopher Allen.

Recently, Alison's charting exciting new territory, combining video, installation, visual art, performance, and found source material. Say Something Bunny draws upon home-recordings she found inside an outdated wire recorder from an estate sale. They are the personal recordings of a mysterious New York City family from 1952 to 1954. Alison meticulously decodes and reconstructs the distorted audio remnants. She researches and pulls together a multi-dimensional performance where audience members follow a script and assume the roles of family members while Alison, the ring-master, reconstructs history and memory while tracing the lives of uncanny strangers.

I first met Walter Scott at his solo art exhibition at 8-11 Art Gallery in Toronto, an independent collective art organization. Walter's work taps into zeitgeist anxieties around identity, friendship, failure and ambition. His funny and scathing comics resonate with a lot of people.

Despite his success, he refuses to confine himself to the page, his Wendy-related works and sculptures cross over into the international contemporary art scene. His recent offering, Wendy's Revenge, is an alternate twist on the artist's talk. Using an overhead projector and working from a script, Walter and an accomplice recount Wendy's intergalactic misadventures before a live audience.

My New York Diary | A film-book by Julie Doucet and Michel Gondry (Canada/U.S./France, 2008)

Montreal-based artist Julie Doucet's autobiographical comic Dirty Plotte was a life-altering discovery for me in the '90s. Her comics captured her volatile interior life. They were surreal, raw, deeply personal, and unflinchingly feminist. Like many cartoonists, Julie's work is bold, but in person, she is shy and introverted. One of her legions of fans includes renowned French filmmaker Michel Gondry.

In New York Diary, he becomes obsessed with the idea of putting notoriously shy Julie physically into her own drawings so he asks her to visit him in NYC and draw what happens and he will film her in real-life and insert her into her illustrations. She refuses, thinking it's a silly and terrible idea. She'd rather an actress play her. Gondry persists. He keeps bugging her until finally she relents. Gondry gives Julie a small recorder to record the sound of her visit. Here is the result of their unusual and intense collaboration.

She starred in the groundbreaking movie Shortbus, directed by John Cameron Mitchell, which premiered at the Cannes Film Festival, earning her the 2007 Best Supporting Actress award from the International Cinephile Society. Year of the Carnivore is Sook-Yin Leeʼs feature movie debut as writer-director. Her photography and video exhibition, We Are Light Rays, exhibited at TIFF Future Projections and the Ottawa Art Gallery. Her hybrid-narrative-dance choreography includes How Can I Forget? performed with Benjamin Kamino, On Display (Toronto Dance Theatre), and Incompetence. She won the 2014 Canadian Screen Award for Best Performance by a Lead Dramatic Actress in a Program/Mini-Series for her role in the TV movie, Jack. She fronts the band JOOJ who released their debut album on Last Gang Records in 2015.

Listen to the 54-minute radio version of Where Have All the Poets Gone?