Why the pandemic has made us so nostalgic for nostalgia

Since the pandemic began, many have been looking back on the before times. In his new book, On Nostalgia, author David Berry examines the history of the familiar emotion — and why we gravitate toward it.

'It short circuits our brains a bit,' says On Nostalgia author David Berry

Day 69:55Why the pandemic has made us so nostalgic for nostalgia

Since the COVID-19 pandemic began, many have been looking back on the before times.

Whether it's by rewatching the entire run of Friends, or flipping through photos of dinner parties with friends, there's a longing for nostalgia during these trying times.

In his new book, On Nostalgia, author David Berry examines the history of the familiar emotion — and why we gravitate toward it.

Here is part of his conversation with Day 6 host Brent Bambury.

The things that people are doing during this pandemic — watching old TV shows, making bread, doing jigsaw puzzles — in terms of nostalgia ... what's going on there?

I can't speak for other people, but I know my own personal nostalgia right now is fairly pathetic. It's for basic things like going to the movies, wanting to go shop for groceries without killing somebody's grandmother. And I think it's just that — it's just wanting to feel good again.

Nostalgia actually started out being defined as a disease. What can you tell us about that?

In the 17th century, a Swiss physician noticed that some of his compatriots when travelling abroad started to get this debilitating illness. And it ranged from ringing in the ears to actual catatonia and death, and that's what he called nostalgia: home sickness. They were away from home, and the only seeming cure was then to go back to Switzerland.

Now, obviously, it's evolved over the years. It's lost that sense of disease, although I think we do remain a little bit suspicious of it, or at least suspicious of people who indulge nostalgia too frequently.

We're suspicious of other people's nostalgia, but we're less suspicious of our own. Do we need more self-examination when it comes to our own experiences?

That's one of the really interesting things about nostalgia, is that it's really hard to be rational or self-critical when you're in the grips of nostalgia.

It's easier for us once it's past to maybe think about it, or especially to look at other people and think, "Oh, look at this moron with his rose-coloured glasses," or something.

But, that works until grandmother's cookies are on the table and you're stuffing your face with them, thinking about how great it was you've had these for the last 30 years. It short circuits our brains a bit.

It definitely can be. Our sense of smell and our memory are pretty tightly connected. So that's a big one.

But honestly, one of the weird things about our more modern nostalgia is that we can indulge it in a way that we really weren't able to before. The old idea of nostalgia was something like premise and the reverie of biting into a madeleine and thinking about all these things that came before.

But I mean, these days, the past is all around us. It's so prevalent, it's so easy to access that it's a little more like say Ready Player One where we can just really indulge, and we can look at the DeLorean and watch the movie from the '80s and listen to music from the '80s and just sort of dive right into it whenever we want. 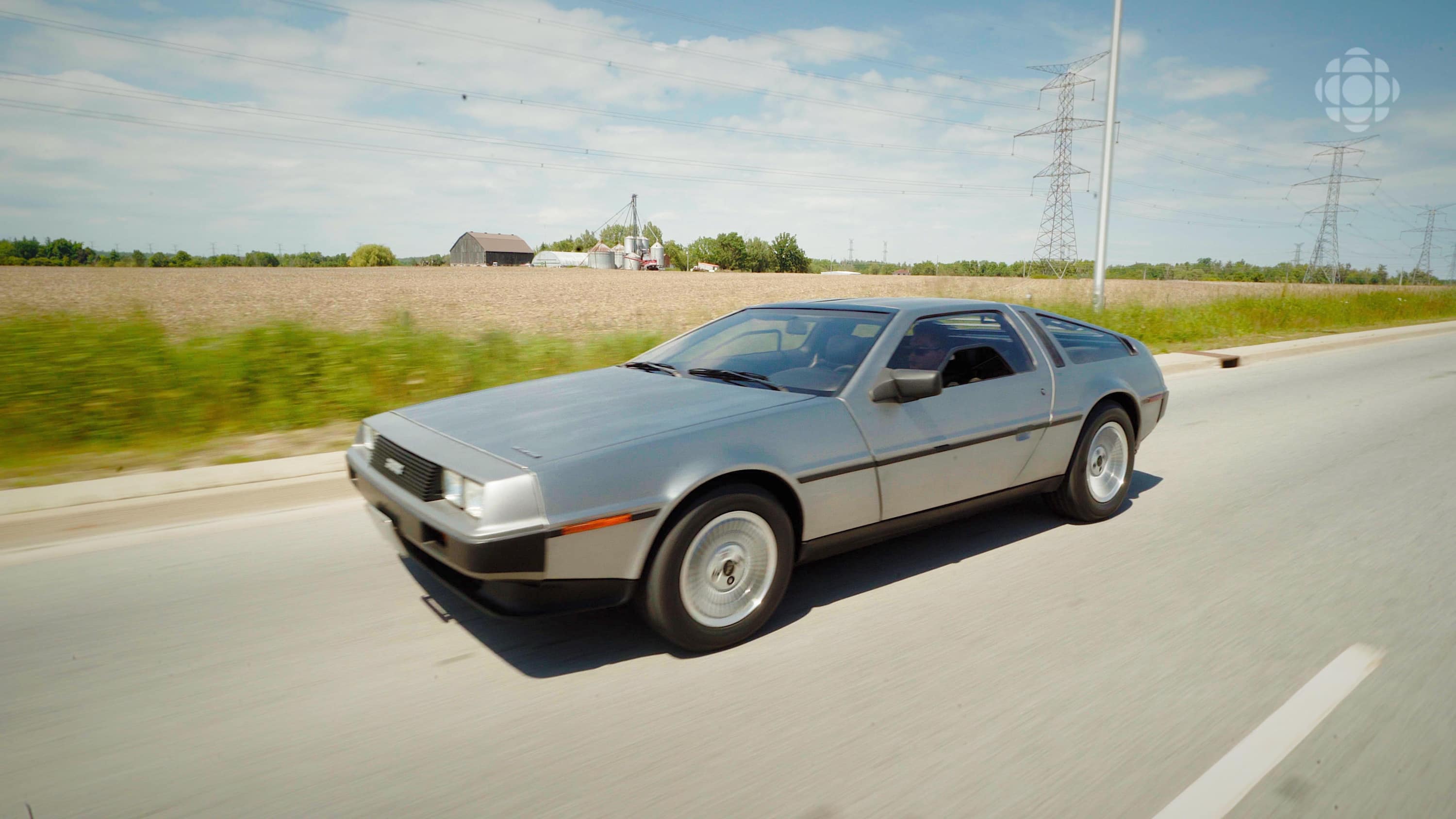 That's an idealized past, and that can be a powerful weapon, too. In the Trump campaign slogan, Make America Great Again, that's an enormous appeal to people's nostalgic impulses. But you argue that it's not just Trump. How much is nostalgia a part of every political campaign?

The thing to remember is that especially in democratic societies, identity is so important to what we're doing, what we're voting for. A big part of any political party's appeal is about getting you to identify with who they are and wanting to put them in power.

Trump is a very obvious one — maybe the most obvious example of using this in a dark and maybe kind of sinister way. Even something like, say, the Green New Deal is still trying to appeal to something that happened in the past to show us that we were like this before and we can be again. It's a progressive slogan or a progressive idea, but it still needs to rest on that legitimacy.

[Nostalgia] sounds like it could be very self infantilizing. When we think about the toy commercials ... toy nostalgia is a huge thing on social media — there are lots of toy subreddits. Is there a dark side to that?

There's always a potential for it. And I think the thing to remember, too, is the difference between a medicine and a poison is the dosage.

In short bursts and in bits, nostalgia is very good for us. It helps remind us who we are, or at least who we wanted to be at some point in our lives. Taken too far though, yeah, it not only kind of preserves you in this weird amber, but it can actually create a bit of a spiral where things get worse and worse. Your life is bad. You go back to the past. You feel good again. You don't actually fix anything. So you go back to the past.

It's just a fire that keeps going, and I think we do sometimes with some of these people that can't grow up.

We are bombarded with these images of this idealized past all the time. But in your book, you say there's something about our current world that seems like a threat to nostalgia. Can you explain that?

The most concentrated version of it happens to us on social media. On the surface, these are things that seem to be like perfect nostalgia machines.

Instagram and Facebook can show you a picture from eight years ago that you didn't even think about, and there you are, trapped in that moment again.

But the problem is that the way we engage with these things, it's just about that engagement. It's not necessarily any deeper. And I think they tend to flatten nostalgia in that nice little dopamine hit to keep you scrolling. It's not really about helping you figure out who you are.

But nostalgia's not in danger, right? It could not disappear because it seems like we're hard wired for it.

I think that's right. And in fact, it seems like the more past we get, the more nostalgia we seem to get.

But I think the actual danger here might just be that it becomes an experience that doesn't mean anything. Whatever else it is right now, it is still pretty powerful. And if we're exposed to it too much, it might just become sort of like another dull itch that we scratch.