The police response to Trump supporters who stormed the U.S. Capitol on Wednesday has highlighted the stark difference in law enforcement of white and Black people in the United States, says Washington Post editor Karen Attiah.

Many watching the events unfold at the Capitol building questioned why more wasn't being done to stop violent protesters — and why police weren't better prepared for the insurrection.

According to reports by the Associated Press, Capitol Police had only planned for a free speech demonstration, despite warnings of more violent demonstrations.

Attiah tells Day 6 host Brent Bambury the differing response between Wednesday's events at the Capitol, and the police response to Black Lives Matter protests last year, shouldn't come as a surprise. Here is part of their conversation.

When you heard the metro police chief say that there was no intelligence about a possible breach of the Capitol, what was your reaction?

It is hard to look at what happened this week and not know that people really planned for this. I mean, they had merchandise with Civil War on Jan. 6, 2021 [printed on it]. I really don't know if the police chief wanted engraved invitations with an exact itinerary of where everybody was going to be at what time, but it couldn't have gotten more clearer than that.

Masses of people from around the country honestly were keen on coming to the Capitol building and trying to try to disrupt the certification of the Electoral College votes. 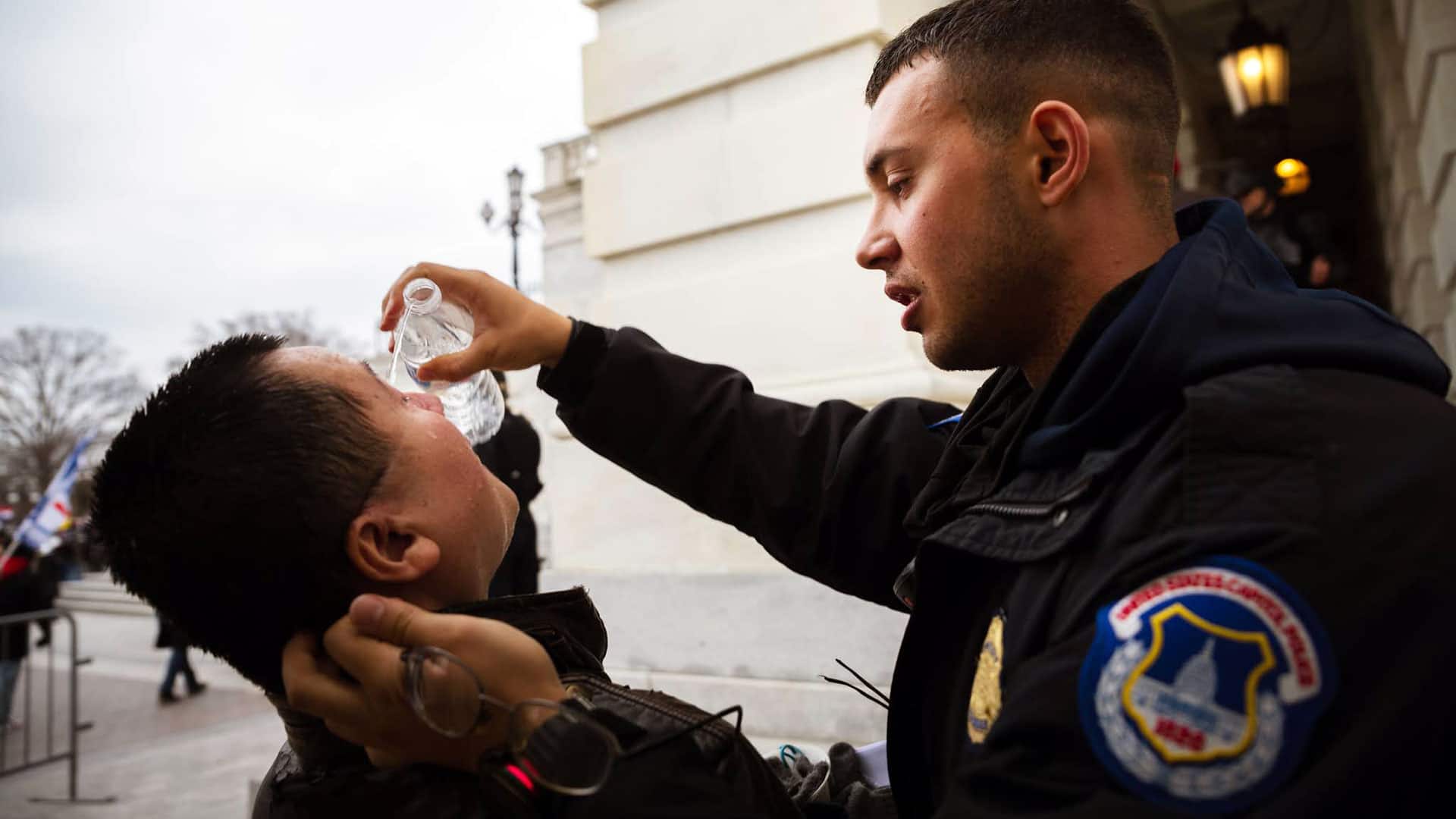 Frustration over police response to Capitol rioters vs. BLM protesters

13 days agoVideo
3:32
There is mounting frustration from observers who say there was a clear contrast between how white, pro-Trump extremists storming the Capitol building in Washington, D.C., were treated by police on Wednesday and the response to Black Lives Matter protests over the spring and summer. 3:32

How do you account for the difference between the militarized response to [Black Lives Matter] protests and what we saw this week?

Indeed, D.C. was like a military zone [last summer]. I left D.C. for a few weeks … and came back to see D.C. businesses boarded up. Not just the police, but the community being told to be afraid of the Black Lives Matter protest and their anger. It's almost as if what happened this week [shows] that there is a coddling, a legitimizing when it comes to Trump supporters.

I think I heard it very well the other day that ... the police are deployed to serve and protect white communities and to ensure that they are safe. But when it comes to Black Americans, they are deployed to subdue and to control.

This is what we've been seeing, honestly for years, but particularly in light of Black Lives Matter. It just really puts the difference on such a stark display that it should be really hard for anybody to not see the double standards and lying, and really for all of us to sit and ask what are the police doing with the money that we are paying them? 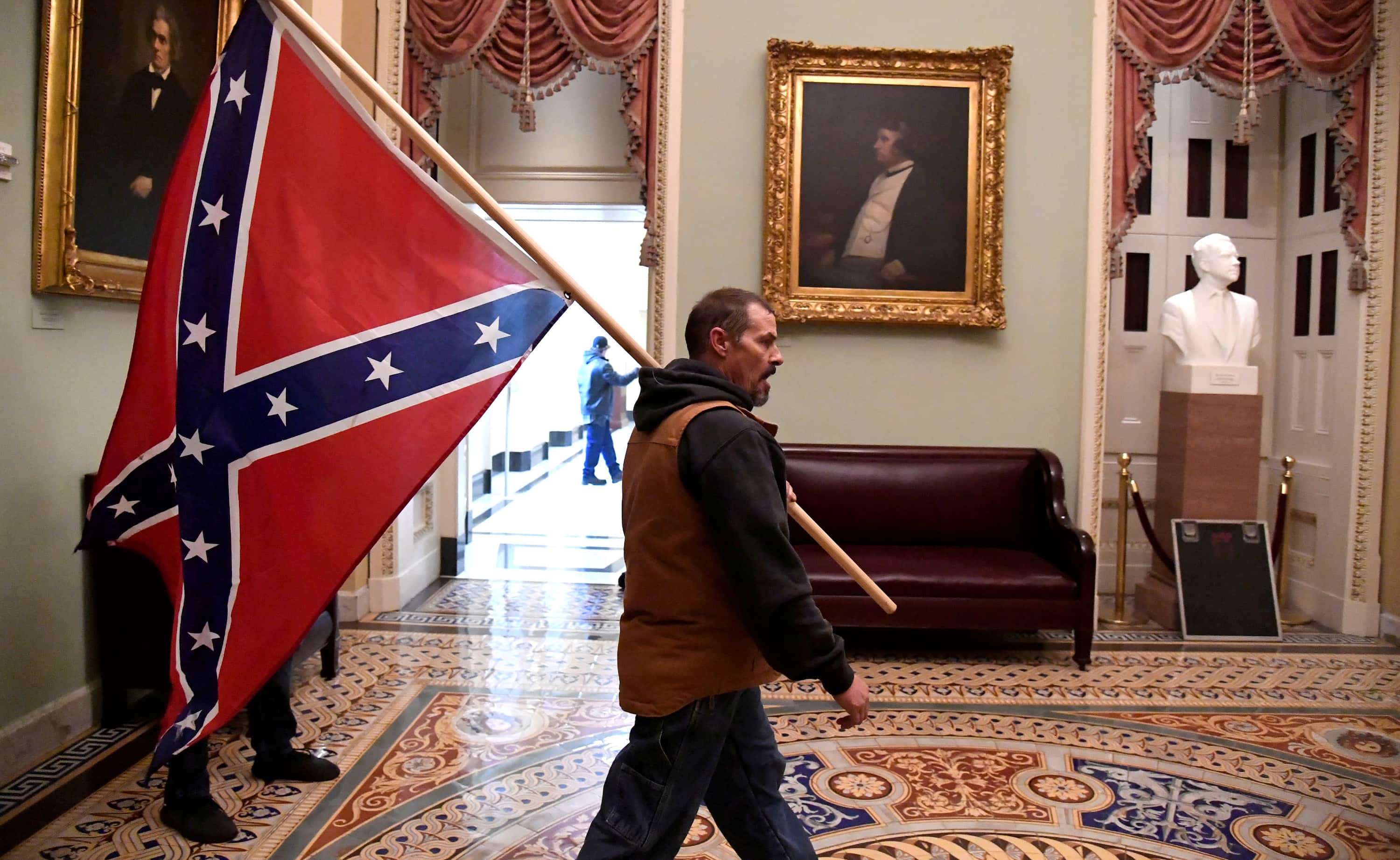 13 days agoVideo
2:34
Most white people who stormed the U.S. Capitol building in Washington on Wednesday will get off 'scot-free,' said Ravi Perry, political science professor at Howard University. He said that's in sharp contrast to the treatment of Black and Brown people who, he said, are routinely attacked during protests. 2:34

I've been looking at these images of the mob in the federal buildings after they broke in, and many of them are wearing white supremacist regalia. There's an image of a man inside the Capitol building, just outside the Senate chamber, flying the Confederate flag. What does that mean to you?

I really can't think of any more of a perfect symbol of — and the word has been thrown around a lot this week — sedition. And the fact that this happened a day after the state of Georgia [elected] its first Black senator, let me put it this way: there's always been white backlash to civil rights progress.

It is arguably true that Trump himself was a symptom of a massive reaction to the election of Barack Obama, the first African-American president. So to me, as shocked as many people are, this is honestly part and parcel of America's history — which is progress, then backlash. Steps forward, [then] massive steps back.

It's unfortunate that this is what it takes for people to see. So many of us have been warning about white supremacist violence for years, even before Trump. This is who America is.

We know that Joe Biden, when he addressed the nation earlier this week, he said this is not who we are; this is not the true America. It is. Anybody who knows our history knows it's baked into the social fabric.

Written by Jason Vermes with files from the Associated Press. Q&A edited for length and clarity.