Trump in worse legal trouble now than ever before, says author

Day 69:17Trump in worse legal trouble now than ever before, says author

While former president Donald Trump no longer holds the highest office in the U.S., his legal battles have only just began, according to Andrea Bernstein.

Without the legal protections afforded presidents, Trump faces a number of civil and criminal investigations into allegations of business fraud and sexual assault.

Bernstein, co-host of the now-concluded Trump, Inc. podcast and author of American Oligarchs: The Kushners, the Trumps, and the Marriage of Money and Power, spoke with Day 6 host Brent Bambury about the numerous cases — as well as some potential accusations of wrongdoing in Georgia and Washington, D.C.

We know the U.S. Justice Department has taken the position that you can't indict a sitting president, but what special protections does a former president have once they've left office?

Really none. The president, while he was president, made arguments that he deserved special consideration. And to an extent, the judicial system was willing to consider that.

But now that he is a former president, there's no longer any special circumstance.

So you've been tracking Trump's legal troubles in your podcast. I want to go over some of them right now. Let's start with Manhattan [District Attorney] Cyrus Vance vs. Trump. What's that case about and what's going on with it?

However, there is no reason, now that Trump is no longer president, for the court not to allow the district attorney to move forward with his investigation — and that's what we expect to happen.

Felony-fraud sounds like serious charges. What are the potential consequences there?

What's interesting about this is normally this whole thing would be secret and out of public view. We would never know what it was that Vance was looking for, or that he was conducting an investigation. But as a result of the litigation, the district attorney has filed court papers outlining quite clearly the scope of his investigation.

It includes bank fraud, insurance fraud, other felony crimes — crimes as serious as "B Felonies," which in New York, if an individual is convicted, carry a sentence of up to 25 years in prison.

So that's in Manhattan. And also Letitia James, New York state's attorney general, is working on indictments, too, apparently. What are the cases that she's involved with?

What she is examining, essentially, is whether the Trump family business cheated New York state out of the taxes it should have paid. And she is investigating several valuations that the Trump business made of certain properties.

For example, when he wanted to get a bank loan, he would pump up the value of his assets. And when, for example, he had to pay his taxes in New York state, he would get a lower appraisal. So the investigation is whether this was done with the intent to evade taxes, and if that was the case, that could be a civil violation under New York law.

I want to look at these civil cases a little more closely, because Trump is also facing two defamation cases related to accusations that he sexually assaulted two women. How exposed is Trump to even more civil cases? Could he be sued for other actions that he took while he was in office?

So long as the clock has not run out on the ability to file, he very well could be. And there were certainly people who were, in fact, suing the president who said, I don't have the resources to go up against the president of the United States. I quit.

There's a different equation now with Trump, now that he is no longer president. The difference between these civil actions, and the New York state attorney general one and other prosecutors around the country that are looking at various actions of Trump, is those officials have the power and resources of the state behind them.

There is the defamation suit you mentioned by E. Jean Caroll. She said that Trump had raped her. He called her a liar and she sued him for defamation, so there are already a number of civil suits, as well as all of these official actions centered in New York. There's one in Washington and there also may be one in Georgia involving Trump's attempts to get election officials there to overturn the election results. 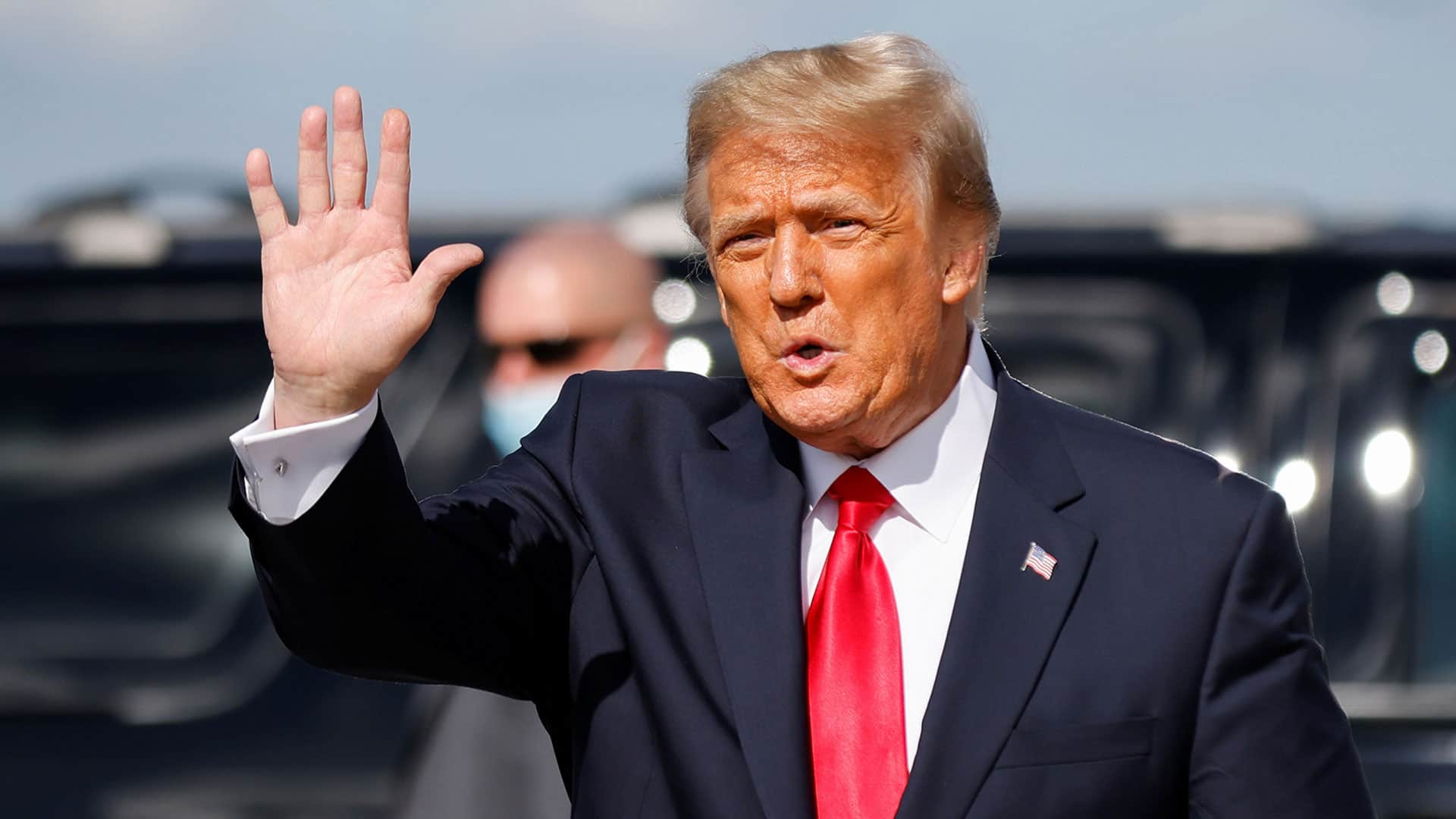 1 month ago
2:55
Outgoing President Donald Trump departed the White House hours before Joe Biden’s inauguration, teasing that he would be back in some way. He was met with cheering crowds when he arrived in Florida, showing support for him is still strong. 2:55

When it comes to beating charges, former president Trump has a pretty good record. When he's faced legal challenges in the past, people who work for him have been convicted: Paul Manafort, Michael Cohen. Trump never has. What do you think the chances are that he'll be found guilty of something here?

The equation is different now, and I think for a few reasons. Prior to his becoming president, absolutely, Trump knew how to court prosecutors. His lawyers would make contributions to prosecutors. Sometimes he would make direct contributions himself. He would take them on helicopter rides. He would go to lunch. He would figure out all kinds of ways of staying on the good side of prosecutors, which was very important because a lot of times in these white collar business crime cases, it is really a judgment call on behalf of the prosecutors.

Trump was able to use the techniques of manipulation — that the whole world really understands now — to fend off prosecution. Once he became president, he was, according to U.S. policy, not allowed to be indicted. And that's a U.S. Justice Department policy. It's not a law. But the Justice Department followed that under Trump.

He was willing to litigate ad infinitum other investigations, like the Manhattan district attorney's investigations into whether he committed business fraud prior to becoming president. So it's not that he manages always to escape prosecution, it's just that he hasn't actually been investigated in a way that would actually lead to an indictment a lot before he was president. And now that he isn't president, there just seem to be many, many, many possible criminal charges that he may face, as well as all of this civil litigation.

He is in trouble. Now, Trump's been able to get out of trouble before, but he is in probably worse legal trouble than he has ever encountered before in his life.

Written and produced by Sameer Chhabra. Q&A edited for length and clarity.