Jounalist Elle Hardy has followed the Seven Mountain Mandate, or 7M, a conservative Christian movement that she says believes in a “God-given authority” to “take over the world.” The movement boasts high-profile believers, including White House spiritual adviser Paula White.

The Jan. 6 siege on the U.S. Capitol fits into a larger "Christian insurrection," according to freelance journalist Elle Hardy.

Hardy has followed the so-called Seven Mountain Mandate, or 7M, a conservative Christian movement that she says believes in a "God-given authority" to "take over the world."

"You can see a lot of shades of the Tea Party in this, which starts organizing at a very local, micro level. Start making a fuss in your workplace if you don't believe that it's being Christian enough — if they're not flying the flag or allowing you to pray or things like that," she said.

"Whatever it takes is the basic idea, and they will play a long game."

White led a prayer during the Trump rally that preceded the riot on Capitol Hill. Evangelical Christians are among Trump's biggest supporters.

Hardy spoke with Day 6 host Brent Bambury about the movement and its goals. Below is part of their conversation.

What evidence did you see of 7M at the storming of the U.S. Capitol building last week?

It's everywhere within this movement.

You've got your people who really believe in this theology, and you've got a lot of people who pick it up along the way. So you'll see people like Charlie Kirk, who's the founder of the campus activist group Turning Point [USA], mentioning that "finally we have a president who believes in the seven mountains of influence."

They understand the basic principle, essentially Christian Dominionism. It's an old-fashioned concept, but it is that they have the God-given authority in the Bible to take over the world. And there's some pretty hardcore people that want to do that.

Let's talk about how Trump fits into this, because you've written that Trump's decision to move the U.S. embassy to Jerusalem, and the assassination of Iranian general [Qasem] Soleimani somehow feeds into the 7M belief system. How does that all work?

To understand why they like [Trump], it's because he's not bound up by their morality. He can do the things that they want without having to sort of worry about the ethics and everything behind it.

For them, obviously, Israel is a really important factor because they want to create heaven on earth — and in the Bible, that all starts when God comes back by having the kingdom of Israel ready to go, I suppose.

So it's a really important issue for Evangelicals as much as for the symbolism as anything. It's saying that we're getting what we want. It's not terribly important in the scheme of things to almost anyone living in America.

Obviously, it has ramifications over there, but it's saying that we're putting the wheels in motion to do this thing ... for a minority of people in the United States who believe in this vision. 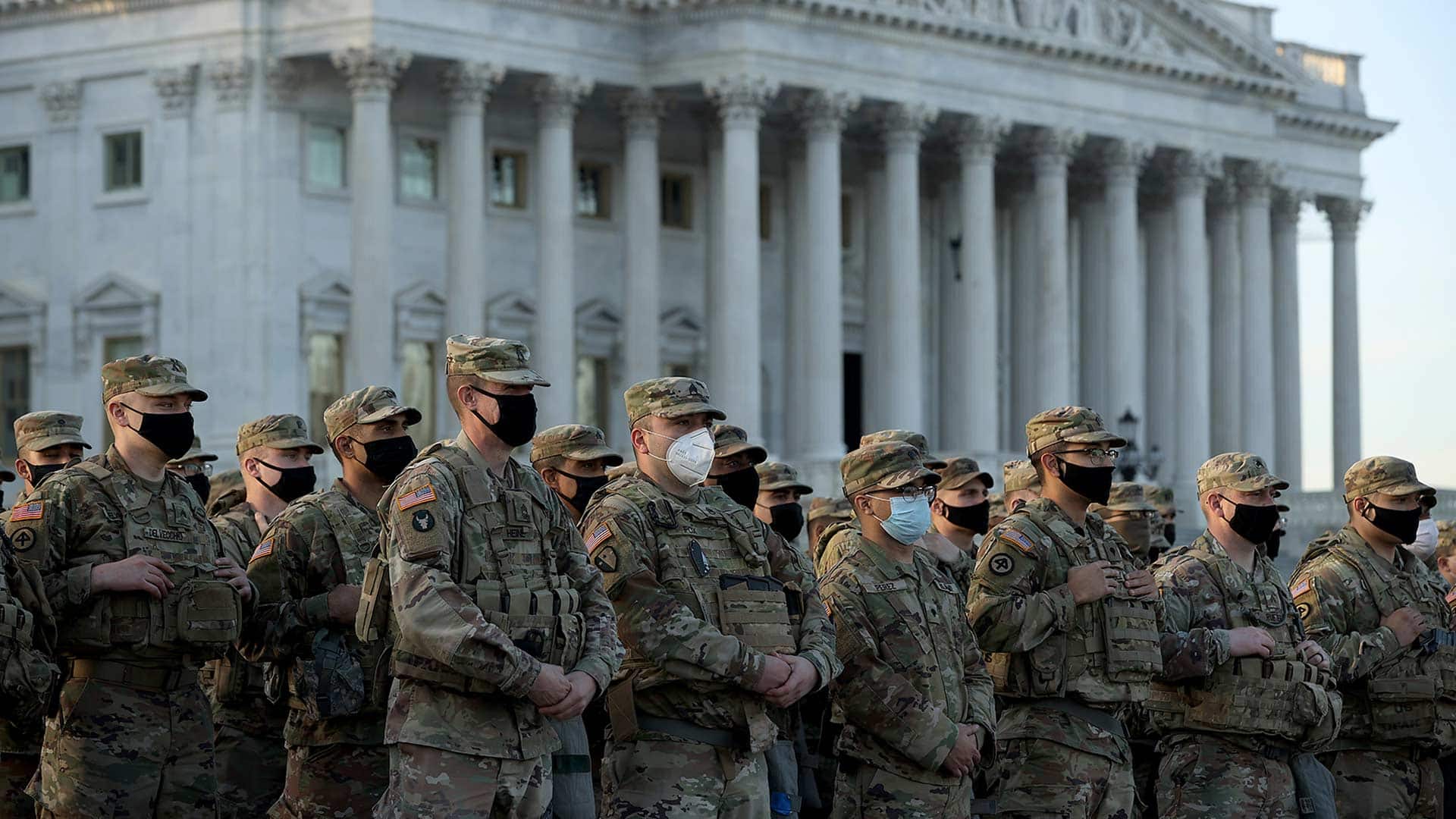 Washington ramps up security ahead of Biden inauguration

2 months ago
2:56
With less than a week until president-elect Joe Biden's inauguration, security in Washington is ramping up as law enforcement prepares for potential violence before and after the Jan. 20. 2:56

How does what 7M wants fit into the idea of Armageddon and end times as it's always existed in Christian prophecy?

The number seven is significant in the book of Revelation, which is the final book of the Bible, which talks about those end times. So it's repeatedly referred to, for example, the seven churches of Asia. But it also is a symbol, and it signifies completion. So it's very important with these groups who really believe in prophecy and symbols and signals.

But the actual case for seven mountains, and this authority to take over the world, comes from Isaiah 2:2 which says: "Now it shall come to pass in the latter days that the mountain of the Lord's House shall be established on the top of the mountains."

So there's a lot of biblical justification for this, but it's also obviously very heavily mixed into a very certain political worldview, and this is why I think it becomes so, so powerful and so dangerous, because they are taking a lot of these ideas from the Bible, but putting them into real-world action.

Whether it's Jerusalem, whether it's trying to take over the Capitol, they are taking what they believe [are] clear biblical instructions, and the mandate for them to dominate over others, and putting it into action.

And as we've seen, if you get enough people to believe this, there can be very violent consequences.

We heard [former national security adviser] Mike Flynn addressing the Jericho March rally, and he's a QAnon adherent. What kind of synergy exists between the messianic Christian movement and the prophecies of QAnon?

Obviously, they share the essential idea of prophecy, that there have been certain prophecies and clues laid along the way. And it's almost a gamification of religion that QAnon has really taken on. But you can also see it within the people who believe in the Seven Mountains movement.

The end goal of it is really messianic — it's bringing forth the messiah — so whether you believe that that's some guy with security clearances that thinks that Trump's playing this big, long game or whether it's creating heaven on earth via President Trump, it really has a lot of the same things, and so you can see how the same things fade into each other.