Rush Limbaugh's influence will stick with Republican Party as it reimagines itself post-Trump, says author

The shock jock radio host, whose irreverent, controversial, sometimes offensive approach was loved by fans and derided by critics, was a vocal advocate for conservatism. Limbaugh died Wednesday at age 70.

The shock jock radio host was a hero for many U.S. conservatives, but critics derided his controversial style

Day 69:25Rush Limbaugh's influence will stick with Republican Party as it reimagines itself post-Trump, says author

The influence of late radio host Rush Limbaugh will continue to resonate within the Republican Party that his provocative show helped shape in recent years, says author Brian Rosenwald.

The shock jock radio host, who died Wednesday at age 70, had an irreverent, controversial, and sometimes offensive approach that was loved by fans and derided by critics.

As a vocal advocate for conservatism, his influence reverberated among Republicans in America's highest offices.

"[Limbaugh] became this political leader ... maybe the most powerful figure in conservative politics, without being an elected official, without being appointed party leader like the RNC chair where he's got some responsibility to things," Rosenwald, author of Talk Radio's America: How an Industry Took Over a Political Party That Took Over the United States, told Day 6 host Brent Bambury.

Condolences for the radio host have poured in from fans, media colleagues and political leaders. Former U.S. president Donald Trump called him a "great gentleman" in an interview on Fox News on Wednesday. In a tweet, Sen. Ted Cruz called Limbaugh a "tireless voice for freedom and the conservative movement."

Limbaugh began his career as a radio DJ. After years bouncing from one job to another and a stint in marketing for the Kansas City Royals baseball team, Limbaugh landed his own nationally-syndicated radio show in 1988. He saw his work as entertainment and unabashedly shared his opinions.

Over time, he developed his incendiary style, not shying away from casting aspersions on Democrats and accusing them of hating America, or attacking Americans' core values. He appealed to his listeners emotions and they took note.

"The result was [politicians] had to pay attention to what people like Limbaugh were saying," Rosenwald said.

While many on the right saw Limbaugh as a hero to their cause, liberal-minded critics saw him as a hateful "demagogue."

"He said things that were racist, that were misogynistic, that were homophobic and that were otherwise plain awful sometimes," said Rosenwald.

During the AIDS epidemic, Limbaugh mocked gay men dying of the disease in a regular segment called "AIDS Update." He later expressed regret for the feature.

In 2012, after lawyer and activist Sandra Fluke testified at a Congressional hearing on the Obama administration's requirement that health plans cover women's contraceptives, Limbaugh publicly called her a "slut" and "prostitute." He apologized, claiming it was an attempt at humour.

Limbaugh was in tune with his audience — a group of Republican primary voters that spent hours each day listening in as if he were a trusted friend or family member, said Rosenwald.

"He had this massive audience. He could raise hundreds of thousands — in a couple of cases, millions of dollars — for a candidate in one 20-second sound bite if he so chose." 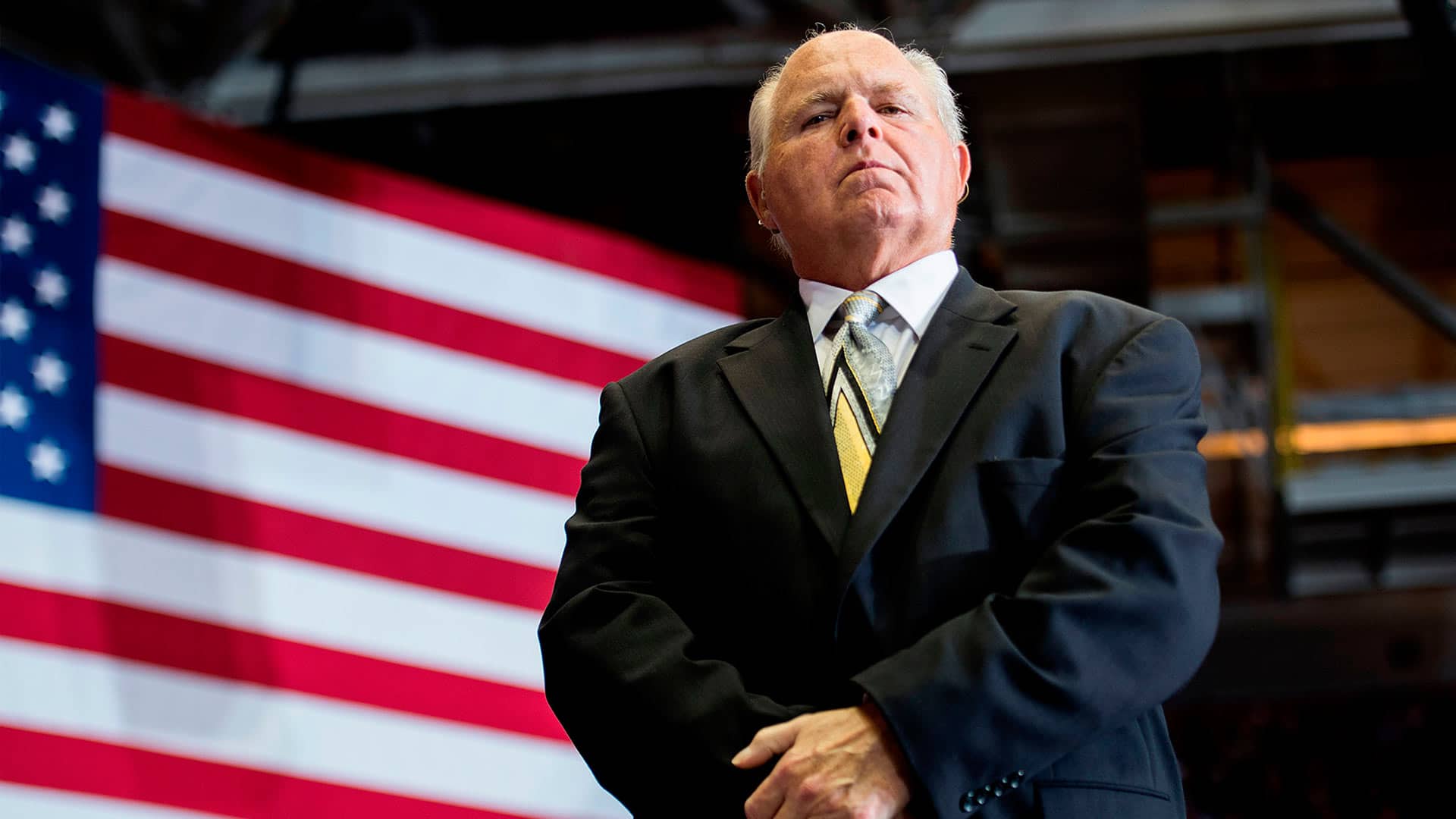 17 days ago
2:05
Rush Limbaugh has died at 70. The polarizing and provocative conservative radio host had been a leading voice for the political right since the 1980s. 2:05

Limbaugh was able to hone in on what concerns voters had about the Republican party, Rosenwald added, making him an influential force during elections.

Early on, he used that power pragmatically, according to the author.

In 1994, Limbaugh urged Republicans to stand by then-Senate candidate Mitt Romney who ran "much to the left" of where he is today in hopes it would move politics to the right.

As the years went on, however, Limbaugh pushed for increasingly conservative candidates. In 2010, Limbaugh backed Tea Party activist Christine O'Donnell over Mike Castle in the Delaware Senate primaries. He warned that politicians like Castle, who he called a RINO — Republican in name only — would sully the Republican brand.

Rosenwald says that all set the stage for Donald Trump to become U.S. president.

By 2016, Limbaugh — alongside the media hosts and commentators he inspired — had developed a fan base eagerly looking for change in Washington.

"What happens is the voters are looking for a politician who sounds like [Limbaugh] and Donald Trump comes along," Rosenwald said. "And the one thing he is pugilistic."

Limbaugh was a devoted supporter of Trump, ultimately defending him until his final days in office. On the day President Joe Biden was inaugurated, Limbaugh said the election results were illegitimate.

Now, even after his passing, Limbaugh's influence remains, the author says. Media personalities like him — including people like Dan Bongino and Mark Levin, who Rosenwald calls further right — continue with his aggressive, controversial broadcasting style.

That, Rosenwald says, will stick with the Republican Party as it reimagines itself post-Donald Trump.

"I think that it's only going to get more like this going forward unless and until someone comes along and says, 'Look, this isn't workable.'"