With selections from a major studio, Netflix and even Hallmark, Christmas 2020 has a bounty of rom-coms featuring LGBTQ storylines. While many say the films are fun and good news for LGBTQ representation in film, they leave plenty to be desired.

With selections from a major studio, Netflix and TV networks, Christmas 2020 has a bounty of rom-coms featuring LGBTQ storylines.

Among them are Lifetime's made-for-TV The Christmas Setup and Netflix's A New York Christmas Wedding, which stars two women of colour in a queer love story. Even Hallmark, which has faced criticism for its lack of diversity, is premiering a Christmas film featuring a gay couple.

For freelance film reviewer Murtada Elfadl, "it's an exciting time," as several of the titles also feature, and were created by, LGBTQ people.

While many say the films are fun and offer good news for LGBTQ representation in film, Elfadl notes, they leave plenty to be desired, however.

Perhaps the buzziest film this December is Clea Duvall's Happiest Season, which is being celebrated as the first LGBTQ-focused holiday romantic comedy to be backed by a major production house.

But the film, which centres on a lesbian couple visiting family for the holidays, has seen some pushback.

"There's been a lot of controversy and discourse around this movie in the community, especially because it's yet another coming out story, which a lot of LGBTQ movies are," said Emily VanDerWerff, critic-at-large for Vox who reviewed the film last month.

"There's nothing wrong with that as it goes, but it is sort of a clichéd story within the LGBTQ space."

More than that, says Elfadl, is that the film actually pushes the lead character Abby, played by out actor Kristen Stewart, back into the closet. Abby's girlfriend, Harper, asks her to keep her sexuality under wraps when they visit Harper's conservative family for Christmas.

Still, Happiest Season is a welcome addition to the canon of sickly sweet holiday rom-coms.

"If you want to compare it as the [gold standard] LGBTQ queer movie, then yes, it doesn't fit the standard," said Elfadl.

"But if you compare it to something like, I don't know, the early career of Ryan Reynolds — disposable comedies — then it's fine. It's a good time at the movies."

Holiday movies are often formulaic, sticking to a tried and true love story between a man and a woman who reconnect over the holidays.

Hallmark's TV network, which launched its annual "Countdown to Christmas" marathon of holiday movies last month, has long stuck to the model.

But this year, their lineup includes The Christmas House, which features the story of a same-sex couple awaiting news about their adoption over the holidays.

But it hardly feels like a "landmark" moment for LGBTQ representation, said Erica Lenti, senior editor of politics and identities for Xtra Magazine.

"The film was, I think, exactly what I expected it to be, which is just pure Christmas cheese. Very heteronormative," she told Bambury.

"From a representation perspective," said Elfadl, "this just harkens back not only to the 2000s, but to the '90s: a queer, wholesome couple trying to adopt. It's great to have it in a Hallmark movie, but I don't think it pushes the needle any way in queer representations at all."

Jonathan Bennett, who plays one half of the same-sex couple in The Christmas House, told ET Canada last month that the authenticity of the role was important for him.

"I imagine what this would have meant to younger me, to see two men who are in a loving relationship, going through the process of adopting a baby to start a family of their own," he said.

As for the criticism over diversity in Hallmark films, VanDerWerff says The Christmas House feels like a checklist of stereotypes the network needed to subvert.

"The lead woman character is a woman of colour. There's the same sex couple. And at the end of the movie … the one who leaves behind their career to move to the small town is the guy," she said. 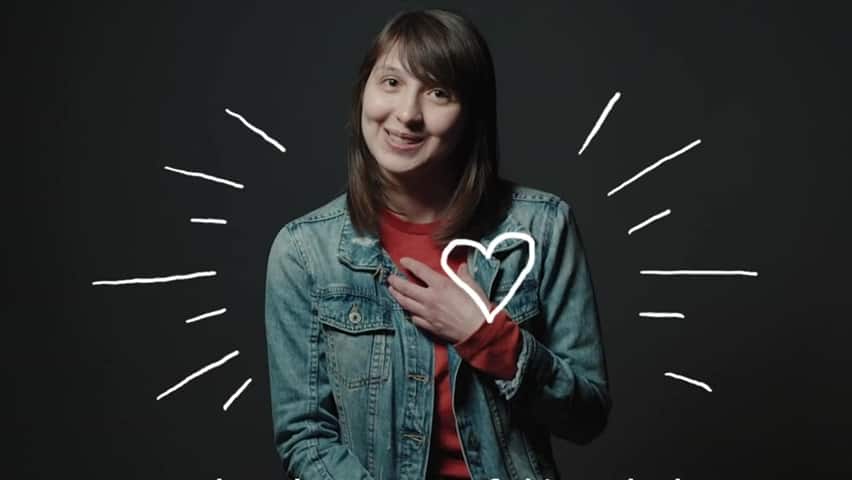 2 years ago
7:36
This Happened to Me is a new video series from CBC Radio that explores the turning points in our lives — the moments that changed everything. In this episode, Erica Lenti explains why she's not coming out to her Italian grandmother. 7:36

Though Elfadl says that the arc in both films can feel outdated, both Lenti and VanDerWerff agree that clichéd narratives, including coming out stories, remain relevant to the LGBTQ community today.

"The idea of going to see your family for Christmas and not necessarily talking about your sexuality or being open about your partner or who you are, that's something that I've experienced personally," said Lenti about Happiest Season. Those experiences are part of Lenti's essay about the film for Xtra.

VanDerWerff says that rather than tired clichés about visiting biological family, she would love to see a feature film that focuses on LGBTQ people's chosen family at the holidays.

Chosen, or found families, are often made up of friends without any biological relations who are seen as siblings and parental figures.

The movie can play on all the standard clichés about going home and finding love, but centre around those who find support from people other than those related by genetics, she continued.

Written and produced by Jason Vermes