Four decades on, a book about B.C.'s centuries-old Black history is updated for the 21st century

42 years since it first hit bookshelves, Go Do Some Great Thing: The Black Pioneers of British Columbia — which is considered a foundational text on B.C.'s Black history — has been re-edited and re-released.

'I worked very hard to make the language respectful to all concerned,' says author Crawford Kilian

Day 614:37Four decades on, a book about B.C.'s centuries-old Black history is updated for the 21st century

Crawford Kilian admits that the first edition of his book, Go Do Some Great Thing: The Black Pioneers of British Columbia, feels outdated.

"I cringe a little bit because I was quoting some pretty crude language verbatim in that text that I didn't need to," the Vancouver-based author and former educator told Day 6 host Brent Bambury. "It was archaic and beside the point."

In the new third edition, Kilian says "I worked very hard to make the language respectful to all concerned."

Go Do Some Great Thing chronicles the stories of B.C.'s Black pioneers, a group of migrants who left their homes in San Francisco and nearby communities in 1858, for the promise of Vancouver Island.

Fleeing legislated racism, the threat of slavery and dwindling prospects in California, the Black pioneers settled in what was then the colony of British Columbia.

Forty-two years since it first hit bookshelves, the book — which is considered a foundational text on B.C.'s Black history — has been re-edited and re-released complete with a foreword by Adam Rudder, a Black activist and instructor at the University of British Columbia. The crude language written in the first edition has now been changed or removed.

In his foreword, Rudder reckons with the language used in Kilian's original version. While he understands why some may be offended by the terms used more than a century ago, they didn't come as a shock to him.

"It was refreshing to have someone reveal this history in the form that it was actually in, and to just confront it and to challenge it," he said.

"To expect people to be different, or to somehow come up with language that's appropriate from today, is an unreasonable expectation, I think."

According to Kilian, the pioneers were invited to Victoria by Sir James Douglas, a renowned fur trader who built the Hudson's Bay Company's success in the pacific northwest. Douglas would eventually become the governor of the colonies of Vancouver Island and British Columbia.

Afraid that his corner of North America would be taken over by the United States, Douglas invited people who were "close and talented and, by definition, not Americans and said, 'You're welcome to move here,'" Kilian explained.

That vanguard group of pioneers who arrived in B.C. by rickety ship would eventually inspire an estimated 600 to 800 more to migrate north, and they were largely accepted as workers, he said.

"The handful of local European farmers really needed more help and they were glad to get it," he said. "There were others ... who immediately took over jobs they tended to monopolize in the states, like barbers, for example, and hairdressers."

Mifflin Gibbs, an entrepreneur who set up competition with Hudson's Bay traders of the day and invested heavily in real estate, was one of the most influential Black pioneers to land on Vancouver Island. Gibbs would go on to run a successful political campaign, becoming the first Black man elected to public office in B.C.

It is an excerpt from his autobiography about relocating to Victoria that inspired the title of Kilian's book.

"He had just ended a gig as an abolitionist speaker with none other than Frederick Douglass in the American east, and he found himself back in his hometown of Philadelphia with no prospects — just a young Black carpenter — and he didn't know what to do with himself," explained Kilian.

"Douglass had a British lady who was his business manager, and she fixed him with this evil glare and said, "What? Downhearted? Go do some great thing."

While B.C. was a land of opportunity for the Black pioneers, their acceptance was contextual, Rudder countered.

"If you look at Canadian history, it has a long history of being intolerant towards Black people specifically. But also there's the ideas about race that were prevalent around that time — about the capacities of Black people," he said.

Though the Black pioneers would have been welcomed by employers, he adds, tension began when they aimed beyond what others perceived to be their limits.

But within lies another kind of tension: the book was written by a white man.

"There's good reason to be cautious when it comes to white authors writing about Black people, just as it is to have men writing about women or to have anyone outside of a group writing about a different group that is outside of their cultural or gender or racial background," said Rudder.

"White authors writing about Black people, to a lot of Black people signifies a sort of power imbalance — and of course, in the past, this has been really detrimental to how Black people are seen and represented."

Kilian's book, however, is "unusual" in how sensitive and "race conscious" it is, Rudder said. 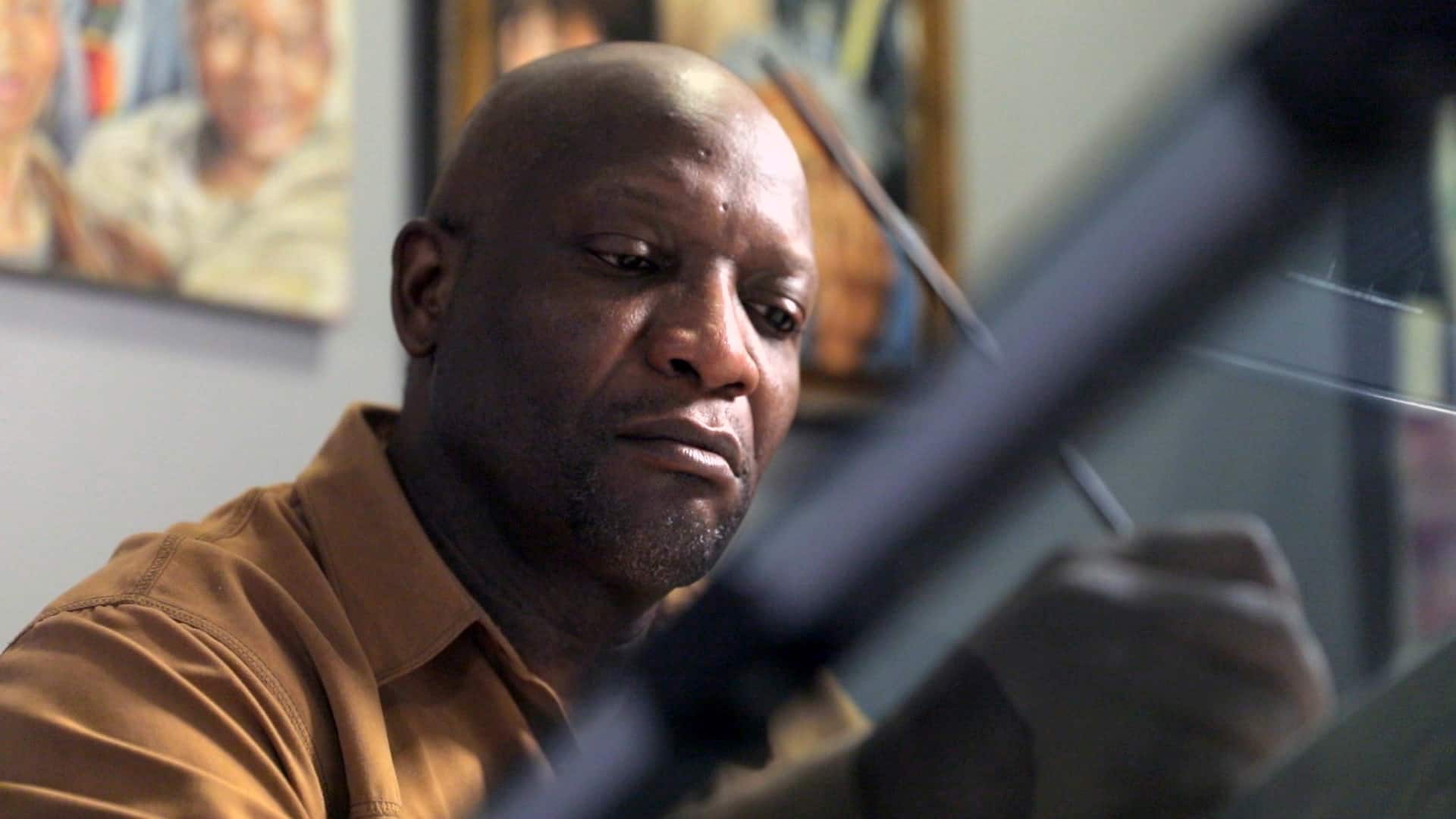 Meet the artist behind 27 years of Black History Month posters

1 month ago
4:47
Toronto-based artist Robert Small has sketched notable Black Canadians for a legacy poster every February since Black History Month was officially recognized in 1995. 4:47

'Black people do have a history here'

Kilian's interest in writing Go Do Some Great Thing was initially piqued because it was a "terrific story" that no one had yet told.

"I was fascinated by the characters I met and the achievements they made and the stories that they were the heroes of."

"But I made no pretence, really, to making it the definitive word on the Black experience in British Columbia."

For Rudder, who came across the book as an undergraduate student studying African history, it not only unveiled the province's Black history, but was instrumental in his own experiences as a Black man.

"It gave me a new sense of feeling as though there was a possibility of belonging in the province, a place which ... as a young Black person, you grew up here thinking that you don't really belong," he said.

Rudder is working on a book about another piece of B.C.'s Black history — Hogan's Alley, a neighbourhood destroyed in the 1970s that was home to a thriving Black community. Rudder is co-chair of Hogan's Alley Society, a group working to advocate for Vancouver's Black communities.

"What I tell young people now [is] we — Black people — do have a history here, and you can assert yourself as belonging to this place with a sense of confidence."